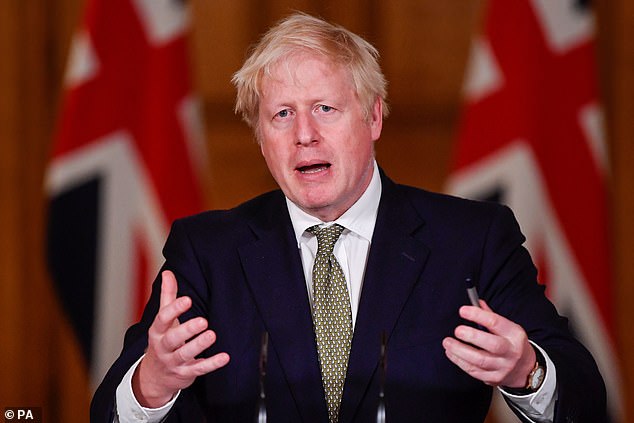 By Sam Greenhill Chief Reporter For The Daily Mail

The actual cost of a farcical green energy scheme exposed by the Mail could be a staggering £5billion, an official report reveals today.

The botched initiative was paying wind turbine owners seven times the value of the electricity they generate.

Now a watchdog says the eye-watering cost to UK households is even worse than thought.

In the week that Boris Johnson, in his speech to the Tory conference, trumpeted wind power as the future for the nation’s energy generation, the Mail’s investigation found that it was effectively a licence to print money.

The scheme was set up to encourage homeowners to install a small turbine to supply their needs and feed into the electricity grid.

Boris Johnson has promoted wind power as the future of British energy, but an investigation by the Mail has discovered an incentive scheme for owners was effectively a licence to print money

But blundering officials set the subsidy rate so high it guarantees owners bonanza pots of cash for 20 years – all paid for by ‘green levies’ on household and business utility bills.

The bumper subsidy – one wind turbine reaps £375,000 a year yet only produces electricity worth £51,000 – is only available in Northern Ireland.

Yet it is paid by consumers across the UK. The cost over 20 years was calculated at potentially £1.4billion, but today the Auditor General of Northern Ireland – the province’s financial watchdog – estimated the total bill for the province’s renewable energy schemes at £5billion.

And Kieran Donnelly said 75 per cent of this cost is likely to be paid by electricity consumers in England, Wales and Scotland.

The £5billion figure covers other green projects, but 85 per cent of Ulster’s renewable energy comes from onshore wind.

The figure also covers the full lifetime of the schemes, from 2005 to 2037. Setting such a high subsidy rate in 2009 triggered a gold rush among investors including pension funds to own turbines in Northern Ireland.

In a damning report, Mr Donnelly said: ‘Some investors may be achieving a higher financial return than was required to encourage adoption of the various supported technologies.’

Incompetent officials tried to axe the scheme in 2016 but it limped on until last year, and another 300 lucrative wind turbines were installed before the deadline. All are guaranteed to be paid enormous pots of cash for 20 years.

He called for a review to be carried out by First Minister Arlene Foster’s Northern Ireland government.

But Mrs Foster, leader of the DUP, faces questions over the scheme because she was energy minister when it was set up.

She also presided over a similar controversial green scheme, dubbed ‘Cash-for-Ash’, in which families were paid more for burning ‘renewable’ fuel than the cost of the fuel – leading to a £500million bill for taxpayers.

Mrs Foster has ignored questions from the Mail over the affair. 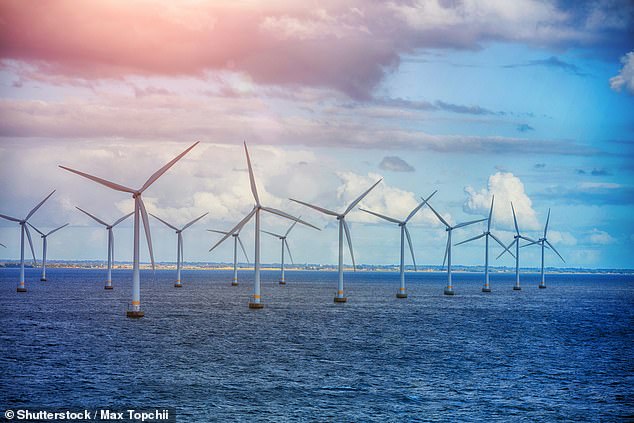 Blundering officials set a subsidy rate for turbine owners so high that it may have cost British consumers up to £5bn. In Northern Ireland, where the scheme is exclusively available, one wind turbine reaps £375,000 a year yet only produces electricity worth £51,000

Last night campaigners from the group West Tyrone Against Wind Turbines called for a public inquiry and MPs at Westminster also pledged to investigate the latest scandal.

Conservative MP Robert Goodwill, who sits on the Northern Ireland affairs committee, said: ‘Whilst it can be justified to give generous subsidies to allow a new technology to develop, this is now a mature technology and it is impossible to justify this level of subsidy.’

The Northern Ireland government – which set the high rate – did not respond to requests for comment.