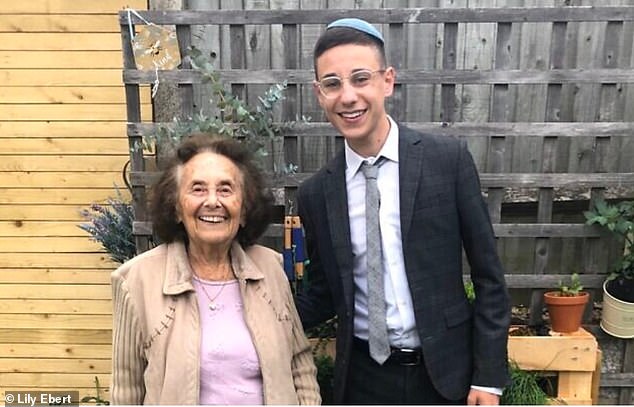 A 96-year-old Holocaust survivor has spoken of her delight after discovering footage of herself on the way to freedom 75 years ago.

Lily Ebert, a survivor of Auschwitz and the Nazi death marches, began her new life in June 1945 when she and her sisters were evacuated from the ruins of Germany and taken to Switzerland by train.

Her great-grandson Dov Forman has tracked down footage of the refugees shortly before they boarded the train – showing 21-year-old Lily on the brink of a new life.

After confirming it was her in the video, she smiled and said: ‘These were happy times. We were leaving, to start a new life.’

Holocaust survivor Lily Ebert, 96, with her great-grandson Dov Forman, 16, who found footage of her leaving the ruins of Nazi Germany for a new life in 1945

Speaking on the BBC’s Today programme, Mrs Ebert said today that she had never known the film existed until her great-grandson uncovered it recently.

‘When I saw that the first time I could not believe it, that something like that can happen after so many years,’ she said.

‘I even didn’t know about this picture that was taken, I don’t remember anything and then suddenly I see me with my sister and other people. It was unbelievable.’

Mr Forman, 16, found the video after Mrs Ebert showed him a banknote with a good-luck message from an American soldier – which sparked a wave of interest online.

Keen to continue his research, he found the footage held by the US Holocaust Memorial Museum and established that Lily was in it.

‘When we saw this footage, we immediately knew it was her. We were amazed and shocked, and we couldn’t believe that we had found this. To compare, it’s like finding a needle in a haystack,’ Mr Forman said.

After finding the video, he said: ‘To find footage like this is extremely rare and has allowed us to piece together the exact dates and locations of where my great Grandma was after liberation.’ 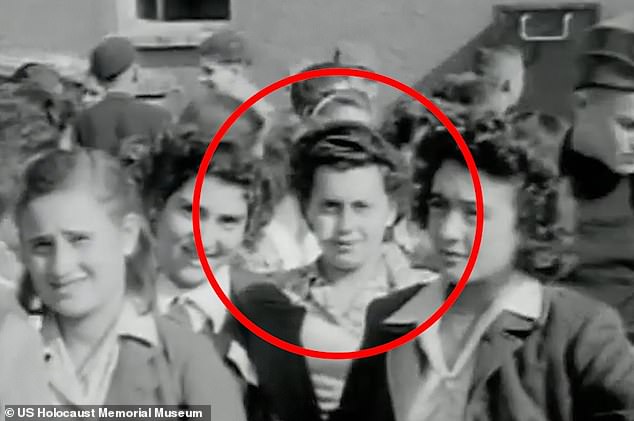 Lily Ebert, circled, was one of the Jewish refugees who left for a new life in June 1945 two months after being liberated from Buchenwald concentration camp 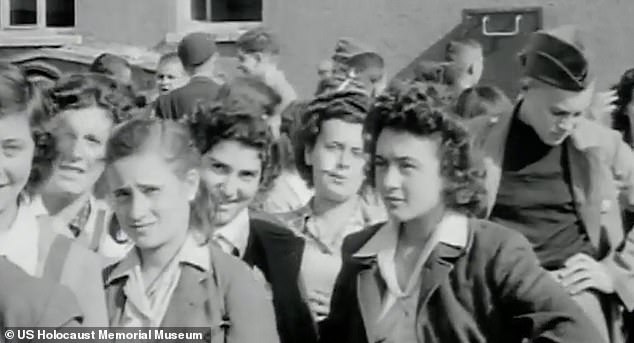 Mrs Ebert, third from right, said she had never known the film existed until her great-grandson uncovered it this year 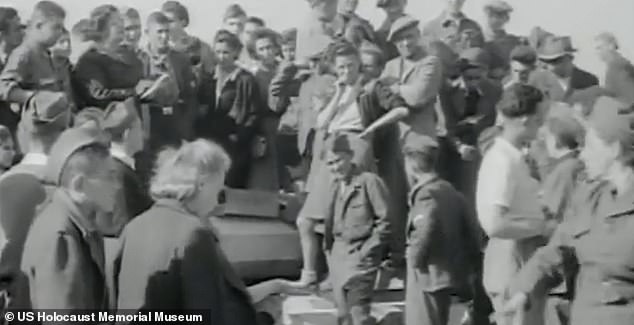 The former prisoners were taken to Switzerland after being liberated from Buchenwald concentration camp. Many of them including Mrs Ebert had previously been at Auschwitz

Mrs Ebert left for Switzerland in June 1945 after she was liberated from Buchenwald concentration camp, having previously been at Auschwitz where her mother, brother and sister were murdered by the Nazis.

Prisoners at Auschwitz and other camps in occupied Eastern Europe were moved west in the so-called ‘death marches’ as Soviet troops closed in from the east.

SS guards were ordered to kill prisoners who could no longer keep up, while others died of cold and exhaustion.

More than 10,000 prisoners arrived at Buchenwald in January 1945, but thousands died before the Allies arrived.

US soldiers from the 6th Armored Division entered the camp on April 11 and found more than 21,000 people there.

Mrs Ebert, then aged 21, was given a banknote by a US soldier with a message wishing her ‘good luck and happiness’.

‘I got something from a soldier who did not have a piece of paper to write on… so instead he took out this banknote and he wrote good luck for for future life.’ 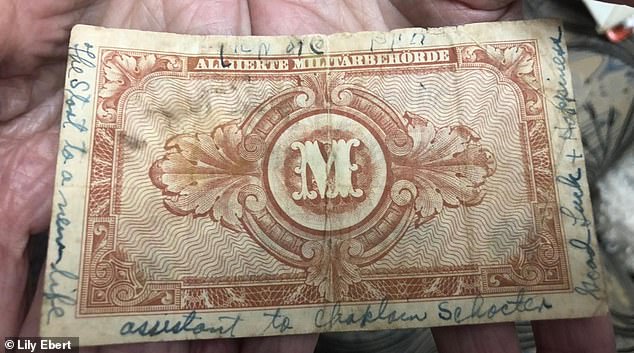 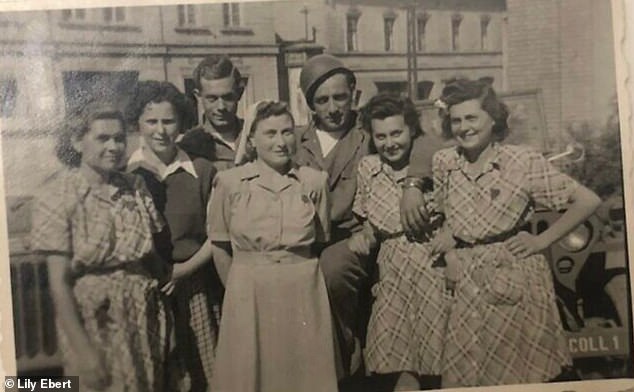 The Hungarian-born survivor later spoke over Zoom with the family of the US soldier, Private Hayman Shulman, who died seven years ago.

Mr Forman tracked down the private’s family on Twitter and they shared an emotional conversation last month.

He said that not seeing his great-grandmother for two months during lockdown had made him more determined to document her life before she dies.

Only around 400,000 Holocaust survivors are still alive today to give their testimony, it is believed.

The Auschwitz museum marked 75 years in January since the most infamous Nazi death camp was liberated in early 1945.

Despite German efforts to cover up evidence of their crimes against humanity, the Red Army found horrific piles of corpses at Auschwitz along with 7,000 survivors.

Almost a million Jews were killed at the camp, along with tens of thousands of others including Poles, gypsies and Soviet prisoners of war.

Mrs Ebert was transported there from her native Hungary, which was occupied by the Nazis in 1944.

Hungarian authorities collaborated with the Nazis and rounded up Jews in urban ghettos before deporting them to Auschwitz.

More than 500,000 Hungarian Jews were murdered or died of maltreatment, historians estimate – around two-thirds of the country’s Jewish population. 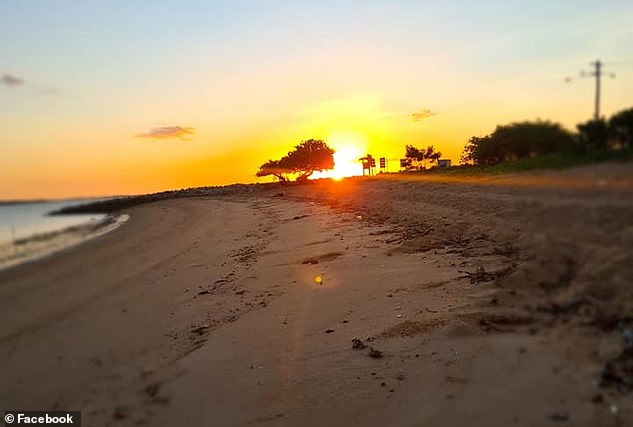 Boy, 5, ‘gang-raped on Australian beach by four boys under 13’ 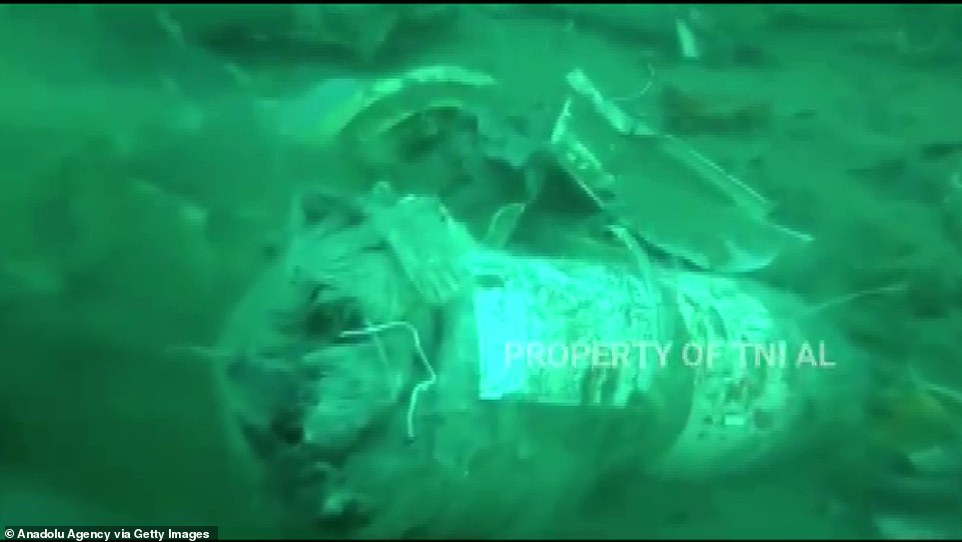