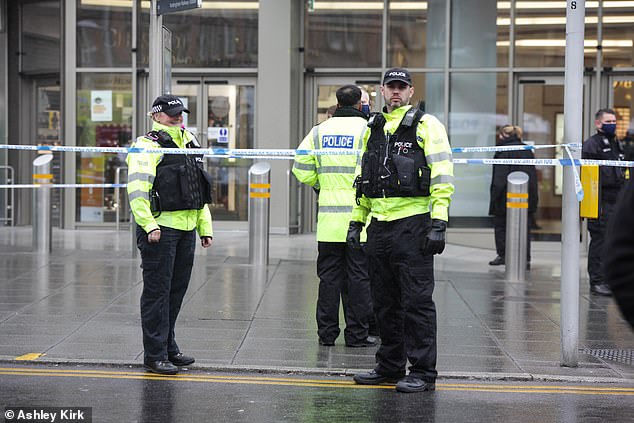 Boy, 17, is arrested for murder after man is stabbed to death outside busy Nottingham shopping centre in broad daylight

By Aliki Kraterou For Mailonline

A 17-year old boy has been arrested for murder after a man was stabbed to death outside a shopping centre in Nottingham.

Nottinghamshire Police have launched a murder investigation after a man was attacked in  the city centre in broad daylight.

They arrested the teenager in Milton Street in the city centre in connection with the incident at around 1.15pm on Monday, October 12.

The boy remains in custody and is being questioned on suspicion of murder.

Enquiries are ongoing to establish how many people may have been involved in the incident and detectives are urging witnesses to come forward.

Milton Street has been closed, between Shakespeare Street and Lower Parliament Street, while officers dealt with the incident.

Detective Inspector Steve Wragg from Nottinghamshire Police said: ‘Our thoughts are with the family and friends of this young man, who has sadly died.

‘It is a tragic incident that has sadly happened in broad daylight and in front of shoppers in the city centre. 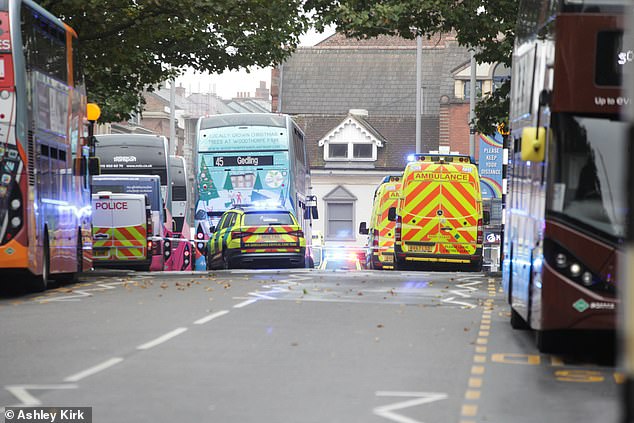 ‘We have now launched a murder investigation and while it is very early in the investigation, we have a team of detectives who will be working tirelessly to establish what happened and who is responsible.

‘Nottinghamshire Police and its partners work incredibly hard to reduce violence, but this tragic incident is a reminder that just one offence has huge impacts not only for the victims but their families, friends and communities.

‘That is why I am calling on anyone who may have witnessed this tragic incident to come forward as soon as possible and help this young man’s family get justice. 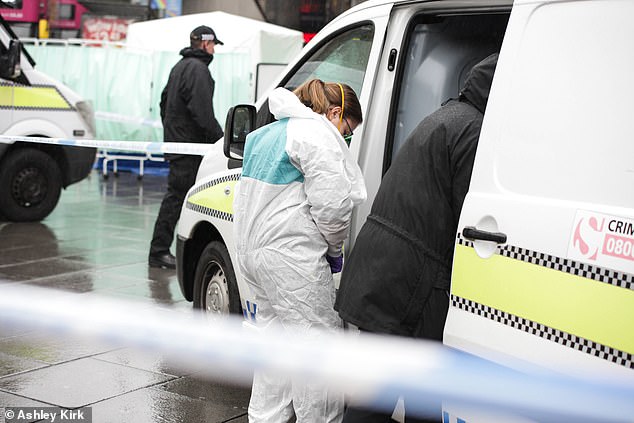 ‘I am also asking for anyone who has any information on who may have been involved in the incident in some way to give us a call. If anyone notices a friend or family member acting differently and they suspect they may know something, please get in touch.’

Anyone with information is urged to contact Nottinghamshire Police on