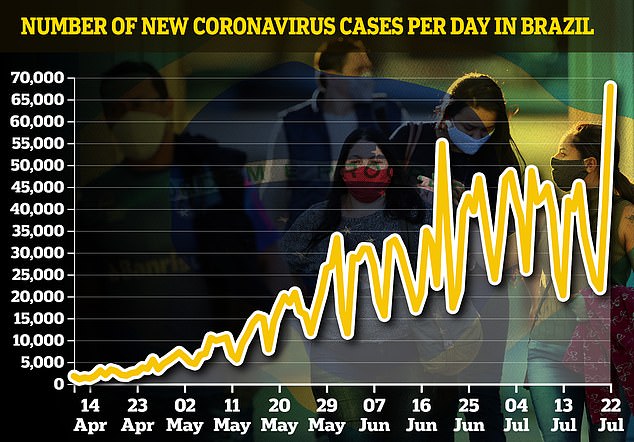 Brazil has suffered a record 68,000 new coronavirus cases while South Africa saw its biggest daily spike in deaths as the crisis continues to mount in two of the world’s worst-hit countries.

Brazil’s outbreak is the second-largest in the world while South Africa is fifth with 394,948 cases, of which 13,183 were discovered in the last 24 hours.

South Africa’s death toll surged by 572, more than in the previous four days combined, bringing the total to 5,940. 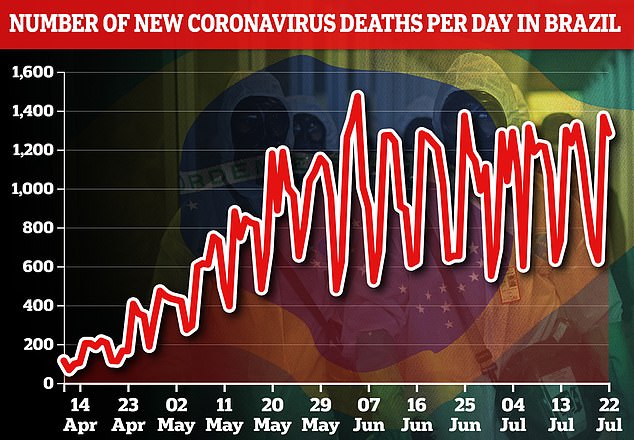 BRAZIL DEATHS: Another 1,284 deaths in the country took the total to 82,771, second only to the United States 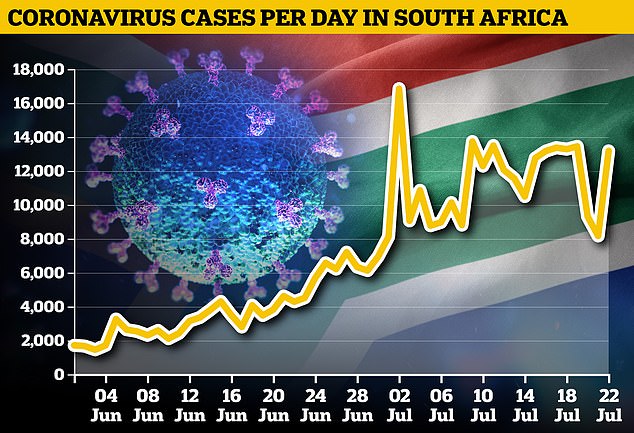 SOUTH AFRICA CASES: The country has frequently seen more than 10,000 new cases per day and now has the largest outbreak in Africa 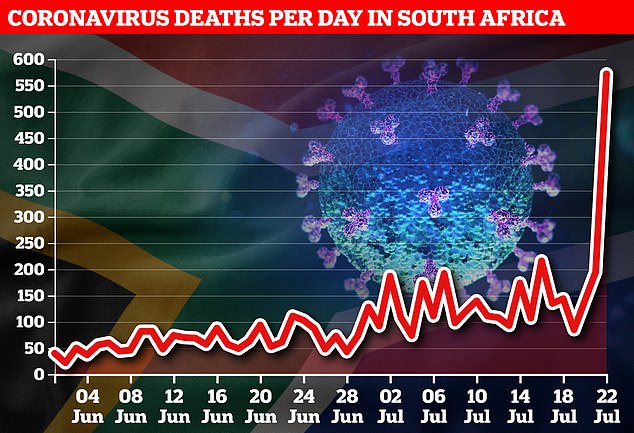 Both figures are second only to the United States, and experts say under-testing means the real numbers are probably much higher.

The World Health Organization voiced optimism last week that the outbreak in Brazil had finally reached a plateau, saying the country had an opportunity to ‘take control.’

But although the level of daily infections appeared to have stabilised until today’s surge, it remains high with an average of more than 30,000 cases per day.

Bolsonaro has been in quarantine at the presidential palace since July 7 after contracting the virus himself.

His office announced yesterday that he had again tested positive, saying he would continue his quarantine and suspend his upcoming travel plans.

Bolsonaro, 65, has hailed the unproven malaria drug hydroxychloroquine as a remedy for Covid-19, following in the footsteps of Donald Trump.

‘This politicisation of the drug by the US and Brazilian presidents for murky reasons has no justification, and it deceives people,’ she said.

Bolsonaro is on his third health minister since the pandemic reached Brazil five months ago, after falling out with two doctors who previously held the post over their recommendations on containing the virus.

The current interim minister is Eduardo Pazuello, a military general with no prior medical experience. 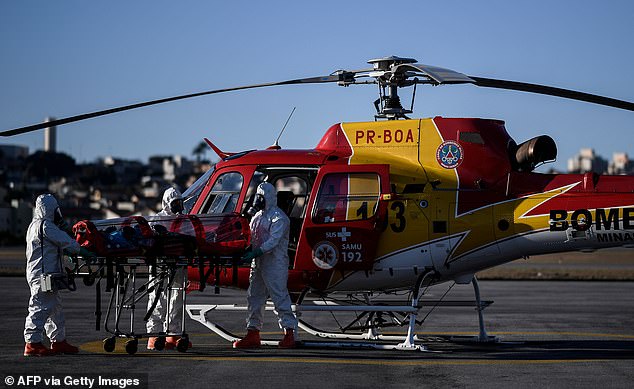 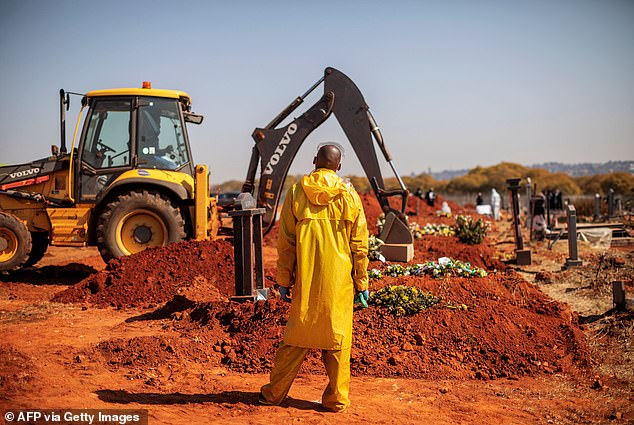 SOUTH AFRICA: An undertaker wearing personal protective gear watches an excavator filling a grave during the funeral of a coronavirus victim in Johannesburg yesterday 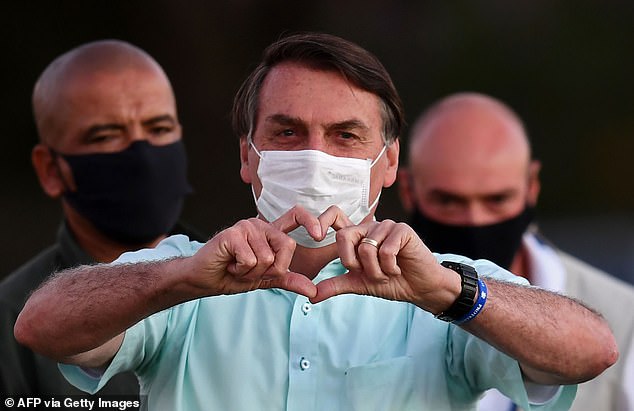 Meanwhile, South Africa is the worst-affected country on the continent and is now among the top five in the world in terms of confirmed cases.

The institute offered its ‘deepest condolences’ after announcing another 572 deaths over the same period,.

Almost half the total number of deaths have been reported in the Western Cape province, which includes Cape Town.

Meanwhile the majority of positive cases are in Gauteng – South Africa’s financial hub and epicentre of the outbreak.

The mortality rate has remained low, however, at around 1.5 per cent on Wednesday.

Almost 60 percent of the country’s Covid-19 patients have recovered from the virus, according to official figures.

To add to the crisis, two South African cabinet ministers were this week hospitalised with coronavirus, the government announced on Tuesday.

Cabinet spokeswoman Phumla Williams said in a statement that they were hospitalised on the advice of their doctors for ‘better medical attention’ and monitoring.

Defence minister Nosiviwe Mapisa-Nqakula earlier tested positive but has since recovered, the government announced on Friday.

As well as the US and Brazil, India and Russia are also ahead of South Africa in the global league table of virus cases.

India last week became the third country in the world to record a million confirmed cases, while Russia has seen nearly 800,000 infections.

Borders go back up in Europe with quarantines and compulsory tests 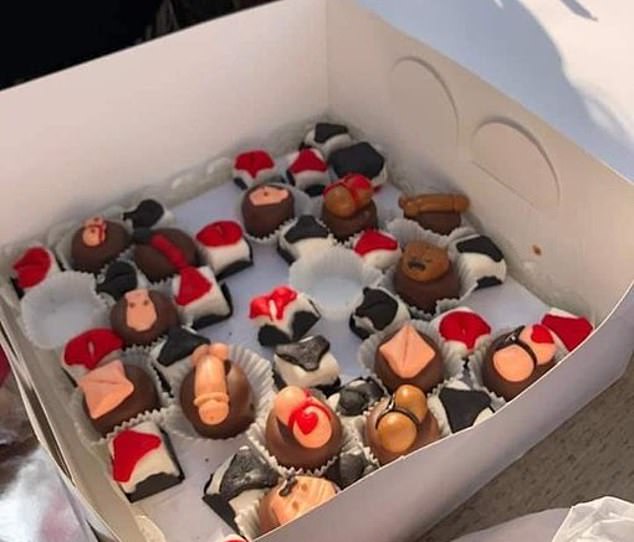 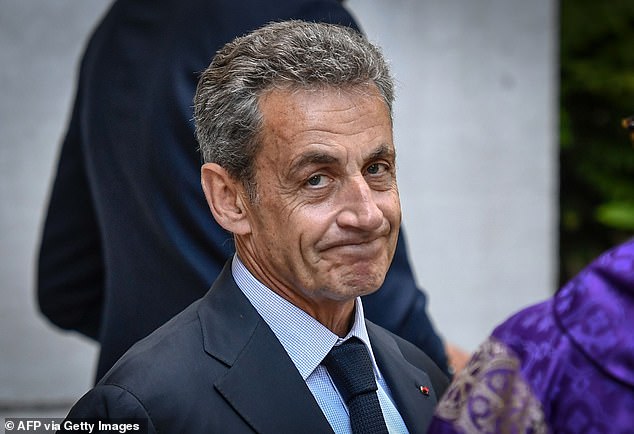