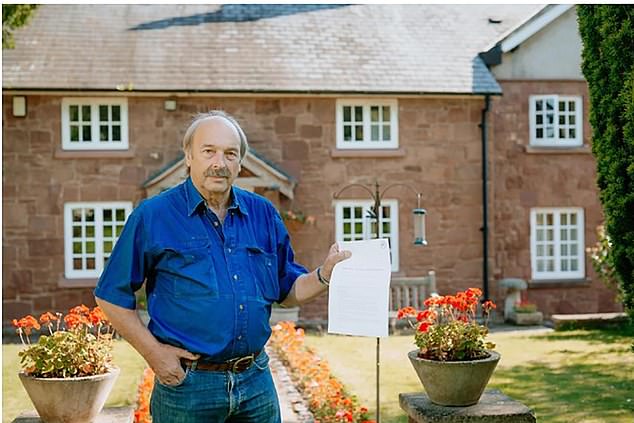 BT quotes pensioner more than £100,000 for broadband internet at his rural Shropshire home

By James Gant For Mailonline

A pensioner was left ‘gobsmaked’ after BT quoted him £100,000 to improve the broadband speed at his rural home.

John Simister, 72, from near Ellesmere in Shropshire, called the telecommunications giant after years of woeful internet.

He had wanted to watch television online with his wife and blasted BT for the ‘absolutely ridiculous’ quote.

John Simister (pictured outside his house), 72, from near Ellesmere in Shropshire, called the telecommunications giant after years of woeful internet

‘It is just absolutely ridiculous and the government needs to know what is going on. To me that should be the cost of putting it in for a complete town.’

BT, which had sent out details offering to pay the first £3,400 of any work, has said it will look into the matter to ‘try and find a solution for Mr Simister’.

A spokesman said: ‘We’re happy to look into this further to try and find a solution for Mr Simister.

‘We’re working hard to deliver the UK Government’s new broadband universal service legislation to help properties that don’t have access to a decent and affordable connection from us or any other provider.

‘More than 99 per cent of England can now connect at speeds of 10Mbps or more and helping those few remaining properties is our focus. 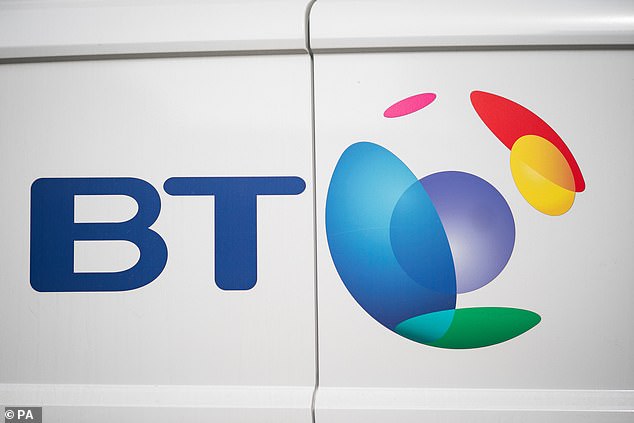 BT, which had sent out details offering to pay the first £3,400 of any work, has said it will look into the matter to ‘try and find a solution for Mr Simister’

‘Ofcom rules mean that if a customer is eligible for this universal service support, and any upgrade work costs less than the £3,400 threshold set by government, there’s no additional costs to households.

‘Costs for serving some very remote or hard to reach addresses can understandably be higher, and people may be asked to pay the excess cost in these cases.

‘For people in this situation, we’d suggest another solution such as Openreach’s Community Fibre Partnership, where a community can come together with other addresses and potentially access additional Government support.

‘The universal service legislation was not designed for, and does not allow, this kind of approach.

‘The new scheme is still in its infancy and we are working with Ofcom and the UK government to ensure eligible addresses know about all the options available to find a decent and affordable broadband connection.’