The trade war between China and Australia has escalated after the communist nation slapped a ban on our biggest grain exporter after disputed claims pests were found in multiple shipments.

The move comes a day after the Australian government confirmed TV anchor Cheng Lei was arrested in China on August 14, and has been in custody since.

Finance Minister Mathias Cormann said the federal government wanted to get to the bottom of the situation.

‘We do respect the fact that China – like any other country would, like we would – has got quarantine inspection arrangements,’ he told reporters in Canberra on Wednesday. 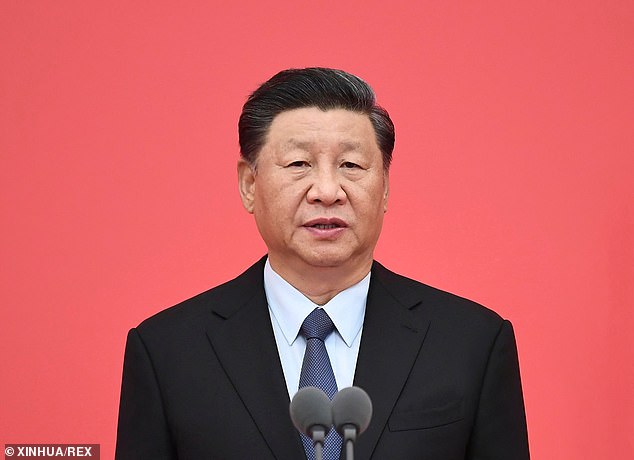 ‘We will be working with the company once we are aware of all the facts to make the appropriate representations.’

But the grain cooperative insists there is no evidence to support the claim.

‘CBH is therefore extremely disappointed the suspension has been put in place and will continue to work with the Australian government to challenge the suspension,’ the exporter said.

Australian farmers were already effectively blocked from exporting barley to China, which imposed tariffs of 80.5 per cent on the commodity in June.

Senator Cormann said CBH had a great track record, but declined to speculate if diplomatic issues had sparked the ban.

The beefed-up powers would allow the foreign minister to pulp Victoria’s belt and road initiative agreement with Beijing.

China’s deputy ambassador Wang Xining has revealed the depth of anger towards Australia over its push for an inquiry into the origins of coronavirus.

Grain traders have said while the CBH suspension will have limited impact, it signals a further deterioration in the Australia-China relationship.

China’s move will only further increase tensions between the two nations after Ms Lei, a prominent television anchor on the Chinese government’s English-language network CGTN, was arrested on August 14.

Geoff Raby, a former ambassador to China who runs a consultancy firm in Beijing, is a close friend of Cheng.

‘Everyone in her circle is just astounded this has happened,’ he told ABC radio on Tuesday.

‘Cheng Lei is a very skilful operator. She knows where the limits on public comment are in that sort of system. She understands how it works, she is pragmatic and hard-headed.

‘It is very hard to see where the sensitivity is and where she may have overstepped any red lines around political sensitivities in China.’

Mr Raby said Cheng did a slightly sardonic recent piece on coronavirus, but it was scarcely enough to rankle authorities in Beijing. 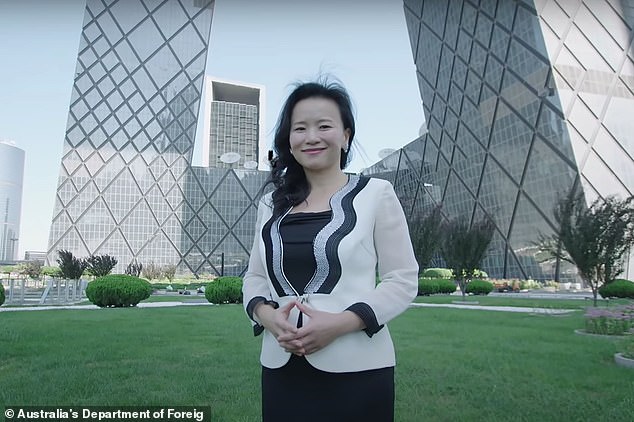 Cheng Lei, a prominent television anchor on the Chinese government’s English-language network CGTN, has been in custody since August 14 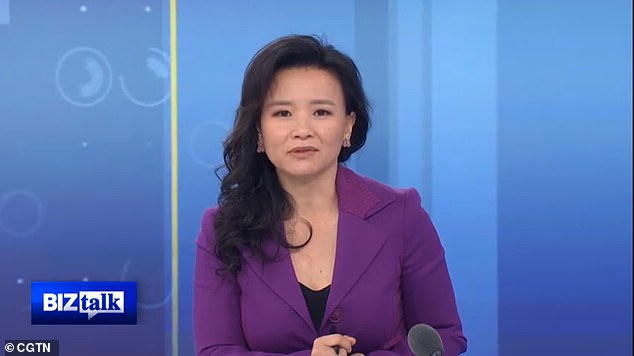 Cheng reportedly did a slightly sardonic recent piece on coronavirus, but it was scarcely enough to rankle authorities in Beijing

He described her as an objective and balanced journalist who would argue from China’s corner in private conversations.

China is Australia’s largest trading partner, but the relationship has been heavily strained by disputes over COVID-19, territorial claims in the South China Sea and Beijing’s security crackdown on Hong Kong.

China recently imposed tariffs on Australian barley, suspended some beef imports and warned students and tourists it was not safe to travel to Australia because of allegations of racism.

In May China announced an 80.5 per cent levy on barley exports. The tax will remain in place for five years.

The tariff is set to cripple Australia’s drought-affected grain farmers. 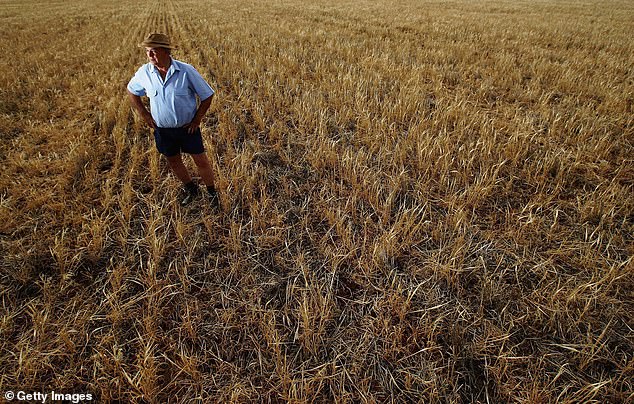 Australian farmers were already effectively blocked from exporting barley to China, which imposed tariffs of 80.5 per cent on the commodity in June

Australia is the biggest barley supplier to China, exporting about A$1.5 billion to A$2 billion worth a year, which is more than half its exports.

The inquiry will look into whether Australian winemakers dumped cheap bottles of wine into China over a five-year period, drowning out local producers.

Trade Minister Simon Birmingham described confirmation of the inquiry as ‘a very disappointing and perplexing development’.

‘Australian wine is not sold at below market prices and exports are not subsidised,’ Senator Birmingham said.

‘Australia will engage fully with the Chinese process to strongly argue the case that there are no grounds to uphold the claims being made.’

Shares in Treasury Wine Estates slumped more than 13 per cent as news of the investigation emerged, and have since been halted from trading on the Australian Stock Exchange.

TWE, which imports premium brands such as Penfolds into China, said it would co-operate with the investigation.