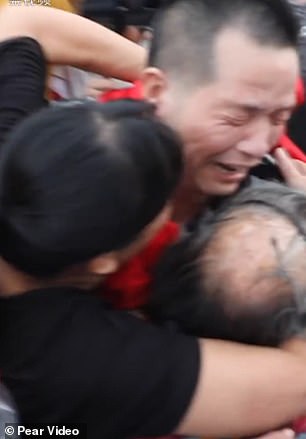 A Chinese villager has been acquitted of murder after being wrongfully convicted of killing two boys in 1993 and put on death row subsequently.

Zhang Yuhuan, 52, cried inconsolably when he finally met and hugged his 83-year-old mother as well as his ex-wife in their rural village after proving his innocence yesterday.

Mr Zhang, who had spent nearly 27 years in prison, claimed that police had tortured and threatened him to force him to confess to the crime. 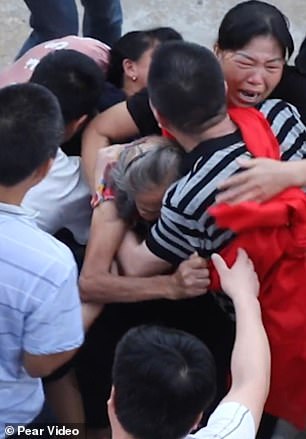 Footage shows Zhang Yuhuan, 52, embracing his mother and his ex-wife after being declared a free man in China. He had been jailed for nearly 27 years before being acquitted of murder

Touching footage shows the emotional man breaking down in tears during the long-awaited family reunion.

He held his elderly mother and former partners in his arms tightly upon his return to his home in the Zhang Family Village of the Jinxian County in southern China’s Jiangxi Province.

Overcome by emotion, his ex-wife collapsed on the scene and had to be taken to hospital for treatment, according to video outlet Pear.

Another clip shows Mr Zhang crying and embracing his long-separated younger son, who was only a toddler when he was unfairly arrested. His elder son was four at the time. 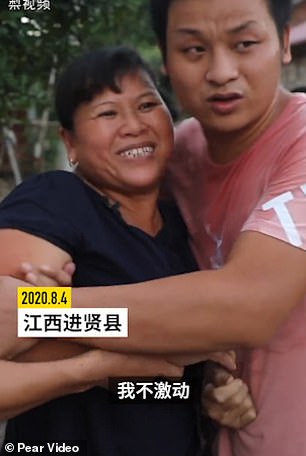 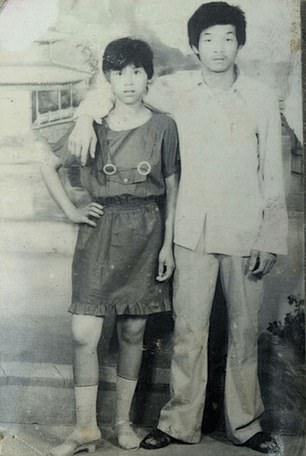 Mr Zhang’s ex-wife, Song Xiaonv, and their younger son are seen waiting for the man to return (left) after he was declared a free man on Tuesday. A picture (right) circulating on social media shows Mr Zhang and Ms Song together before he was unfairly arrested. They divorced in 2001

In the space of nearly three decades, Mr Zhang and his family never gave up hope and repeatedly appealed against the court’s ruling.

His ex-wife, Song Xiaonv, supported Mr Zhang all along, but the couple decided to divorce in 2001 because they were unsure whether or not the man would ever leave prison.

Mr Zhang finally proved his innocence on Tuesday when the Jiangxi Provincial High People’s Court withdrew its suspended death sentence for the man from 2001.

The court made the U-turn after questioning the authenticity of Mr Zhang’s confessions, according to a statement. It also claimed that no direct evidence could prove that the man had killed the children. 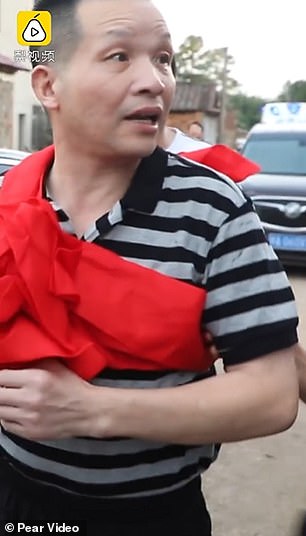 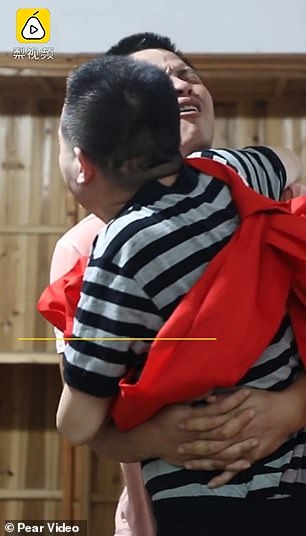 Another video clip shows Mr Zhang crying and embracing his long-separated younger son (right), who was only a toddler when he was forced to leave his family behind and imprisoned

The controversial case dates back to a fateful day of October 1993, when the bodies of two boys, aged six and four, were found in a pond in the Zhang Family village.

As the boys’ neighbour, Mr Zhang was identified as the main suspect and arrested by police two days later.

In January 1995, the Intermediate People’s Court of Nanchang gave Mr Zhang a suspended death sentence with a two-year reprieve after finding him guilty of intentional homicide.

Death sentence with reprieve is a type of death sentence under the Chinese Criminal Law. The convicted individual is given a two-year reprieve from the execution.

At the end of the two-year term, the sentence will be reduced to life imprisonment if the individual does not commit further crimes within the period. 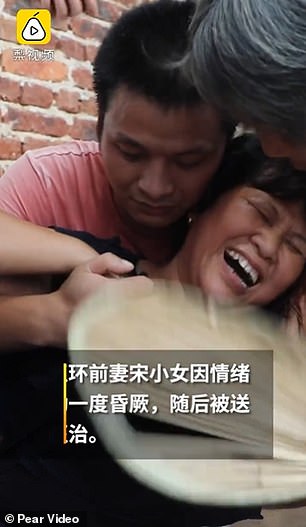 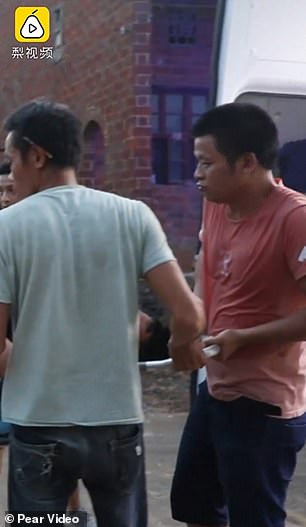 Overcome by emotion, Mr Zhang’s ex-wife collapsed during the reunion and was hospitalised

Mr Zhang had admitted to the crime to the police, but he insisted that he had made forced confessions due to threats, blackmailing and torture during interrogations.

But a retrial was not held until November 2001 for unknown reasons, and the intermediate court stood by its original ruling.

Mr Zhang appealed against the decision, but the court rejected his petition, reported state-run China Daily without giving more details.

While serving his jail sentence, Mr Zhang insisted on his innocence. His family sent numerous documents to judicial departments to help him get another hearing.

In March last year, the high court decided to reopen the case, and a trial was held on July 9 this year.

On August 4, the court retracted the suspended death sentence on Mr Zhang and declared him a free man. He returned to his home village on the same day. 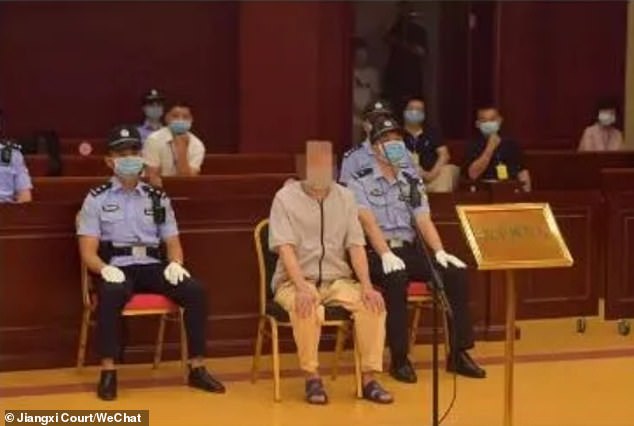 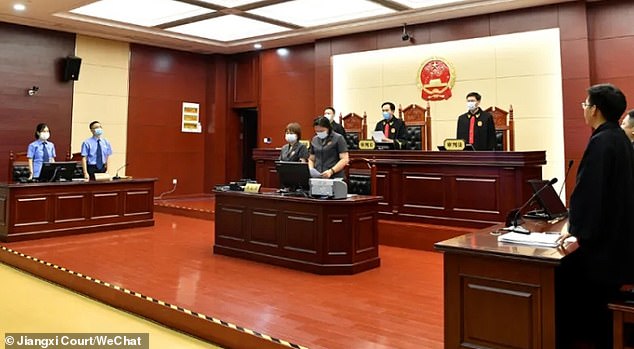 Tian Ganlin, the judge responsible for the case at the high court, was quoted saying: ‘After we reviewed the materials, we have found there is no direct evidence that can prove Zhang’s conviction.

‘So we accepted the prosecutors’ suggestion and have declared Zhang innocent.’

The high court said relevant officials from the court had apologised to Mr Zhang for the wrongful conviction and informed him of his rights to apply for compensation from the state.

His lawyer, Wang Fei, said they were discussing an acceptable amount of payout. He also said that they planned to hold those who had committed judicial miscarriages in the case legally responsible.

Wang told Shangyou News after the retrial: ‘I am not just defending Zhang Yuhuan, but the numerous Zhang Yuhuans in the entire society.

‘If you think about it, faced with cruel, forced interrogations, anybody could become the next Zhang Yuhuan.’

The lawyer continued: ‘I suggest the court provide the information of the inspectors and those who participated in the forced confession to supervisory authorities to be dealt with.’

It remains unclear who, or if anyone, is responsible for the boys’ deaths 27 years ago.