By Christopher Stevens for the Daily Mail

Anton Ferdinand: Football, Racism And Me

It’s a painful irony that the only printable part of that obscene tirade is the bit which saw Terry charged with (and later cleared in court of) racial abuse: the word ‘black’.

Director James Ross had no idea how to deal with the dilemma of broadcasting such vile insults. A dozen filthy messages — out of the thousands sent via Twitter to Ferdinand — were flashed on screen, with the swear words masked but the racist abuse remaining.

The same double standard applied when the language was repeated aloud. Sexual obscenities were bleeped out, but not the one word that sparked outrage. 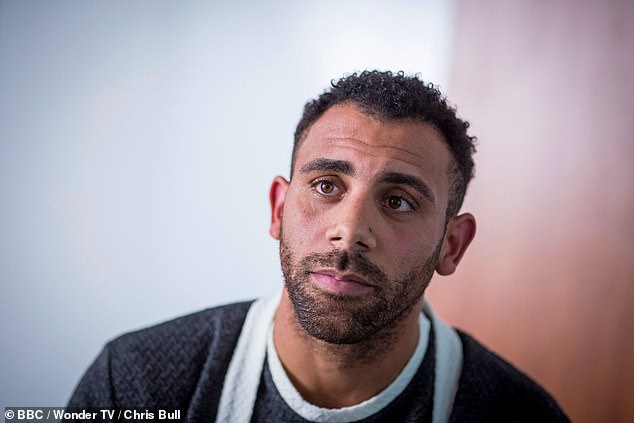 Anton — talking in detail for the first time about the flashpoint nine years ago, which eventually saw Terry banned for four matches and fined £220,000 by the FA after it found him guilty of racially abusing Ferdinand — said he hadn’t even heard the insult.

It wasn’t until after the match that he saw the close-up footage of Terry’s face — contorted with anger and articulating every word with lethal clarity. As pundit Gary Lineker pointed out, you didn’t need to be an expert lip-reader to get the message.

Say what you like about John Terry: he might be an obnoxious git and the biggest disgrace ever to lead the national team, he might be an abject coward who ducked every opportunity to take part in this documentary and take responsibility for his behaviour, but he does pronounce his words clearly.

The film touched on another troubling issue the football establishment has not begun to address. Young players, like soldiers, live in a pressured, enclosed world that imposes intense demands on them — but when problems start or careers end, they seem to be abandoned by the game.

The vitally important campaign launched by Sportsmail in this newspaper, to highlight the endemic problem of dementia among ex-players, tackles part of this failure.

But it’s evident Ferdinand has received next to no help from the FA, from the Kick It Out anti-racism quango or from his former club, Queens Park Rangers.

He appeared mentally fragile, often close to tears and shaking with nerves before he made a short speech to teenage players. Much of his distress was intertwined with grief for his mother, who died from cancer after the controversy broke. 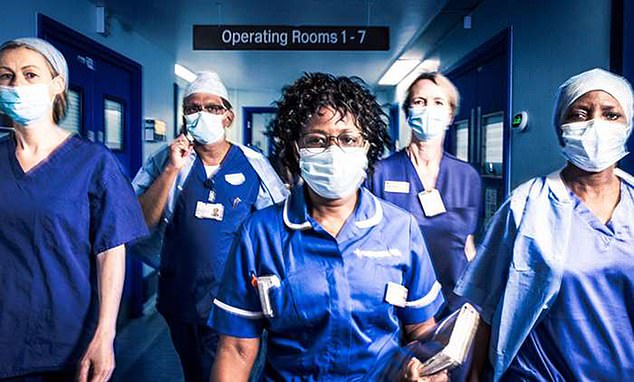 The courage of NHS staff at the Royal Free in Barnet, as they prepared to face a second wave of Covid cases earlier this autumn in Hospital (BBC2), was also hugely impressive

Eggs and bricks were thrown at her house. Ferdinand endured violent threats against his children and received bullets in the post. It was all too obvious that he has not coped well, and his bravery in making this programme must be applauded.

The courage of NHS staff at the Royal Free in Barnet, as they prepared to face a second wave of Covid cases earlier this autumn in Hospital (BBC2), was also hugely impressive.

Their tireless determination to help a 78-year-old heart attack patient named Sheila, who was suffering from bouts of delirium, made this whole hour an anxious drama, as we saw her strength repeatedly ebb and return.

But a story so quietly dramatic does place emphasis on the need for all the other material to be strong. Put bluntly, it makes us more aware of the boring bits — departmental meetings over Zoom, administrators spouting jargon, that sort of thing.

When worries were voiced over Legionnaire’s disease and asbestos waste in a new hospital wing, they were described as ‘things which it is not appropriate to have’. You can say that again.