CLAUDIA CONNELL reviews the weekend’s TV: Give us more fab femme fatale and I’ll be gripped by a Singapore saga

By Claudia Connell for the Daily Mail

Adapted for the small screen by an Oscar-winning playwright and produced by the team behind Poldark, The Singapore Grip (ITV) sounds as if it should have ‘runaway success’ stamped all over it.

But as the BBC’s recent adaptation of A Suitable Boy proved, trying to cram epic novels into TV drama series doesn’t always go to plan — and the early signs suggest this adaptation of J.G. Farrell’s tome may suffer the same fate.

Opening in 1942, we were shown a news report warning that the Japanese wanted to get their mitts on the British colony of Singapore. ‘Just let them try,’ it roared, boasting of the island’s invincible garrisons. Shortly afterwards, Singapore fell. 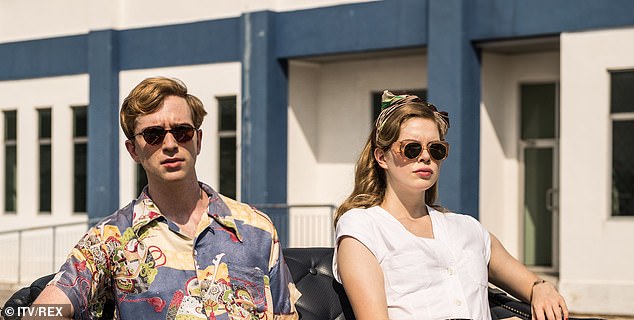 Adapted for the small screen by an Oscar-winning playwright and produced by the team behind Poldark, The Singapore Grip (ITV) (pictured) sounds as if it should have ‘runaway success’ stamped all over it

Looking appropriately wounded and dejected, our leading man, Matthew Webb (Luke Treadaway) was left yearning for his lover, her identity yet to be revealed.

Turning back six months, we saw Matthew’s arrival on the island amid conflicts of a different type.

In a house with manicured lawns and a multitude of servants, the Blackett family were in a state of flux: Sylvia (Jane Horrocks) simply couldn’t tame her unruly children.

Her son Monty (Luke Newberry) was a dimwitted, drunken buffoon, although harmless compared with his femme fatale of a sister, Joan (Georgia Blizzard), who was bitchy, spoilt and had the best wardrobe in South-East Asia. She treated all the men who fell at her feet like dirt — except her father Walter (David Morrissey), the slippery co- owner of Blackett and Webb, a lucrative rubber-trading company.

With a bushy moustache, smarmy personality and toff accent, Walter was the perfect British rotter. His business partner, Mr Webb (Charles Dance) was an altogether more charming chap who seemed to prefer tending to his roses shirtless, clad only in a sarong.

But kindly Mr Webb suffered a stroke and soon Walter was hatching a plan for Joan to seduce and marry Webb’s son and heir Matthew, who had returned to see his ill father. She was happy to oblige.

But one thing stood in her way — Vera Chiang (Elizabeth Tan), a mysterious seductress who seemed to have Webb Sr under her thumb. Will Webb Jr follow suit?

Either way, something was missing from this adaptation. Though it was beautiful to look at, little of the book’s satirical depth came across last night. The next five episodes need to raise their game — and we’ll have to see a lot more of Joan. 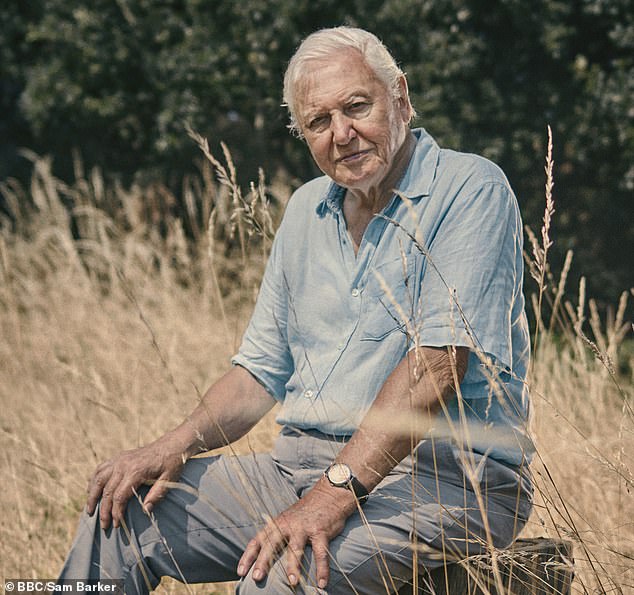 Extinction: The Facts (BBC1) provided exactly what its title suggested. How many people, I wonder, thought ‘She’s right!’ when biologist Professor Elizabeth Hadly pointed out that insects no longer fly at your windscreen when you’re driving.

No, they haven’t got better at dodging cars — there are just a fraction of the number there used to be. It was one of its many blinding moments of truth.

Of the eight million species on Earth, one million face extinction, including the Northern White Rhino — a mother and daughter in Kenya are the only two left.

Even Sir David Attenborough’s dulcet narration couldn’t distract from how calamitous things are.

Usually full of joy and wonder at the natural world, Sir David was angry and emotional — but there is some hope.

He pointed out how the world came together to ban aerosols to protect the ozone layer. Did lockdown persuade people to think hard about food waste and consumerism? Who knows? But if anyone is going to scold them into action, it’s him.