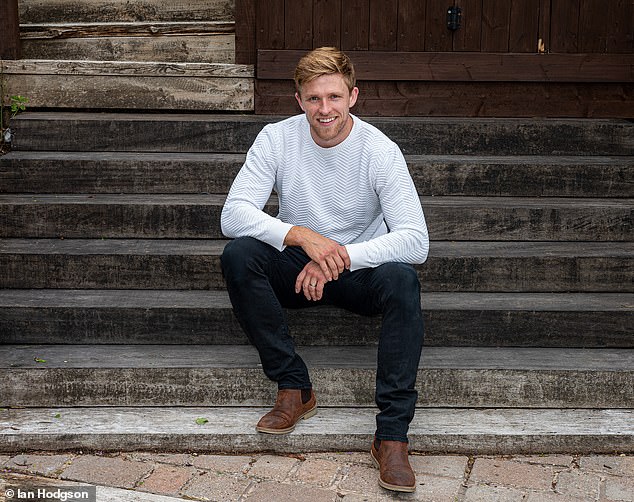 This time when the phone call came, it was good news for David Willey.

A year after the heartbreak of hearing he was being left out his home World Cup, last week the Yorkshire bowler was told he was in England’s 24-man squad for the upcoming one-day games with Ireland.

And that recall has come as a huge relief for the 30-year-old, who feared his international days may be over after he was also ignored for the winter’s white-ball tours to New Zealand and South Africa. 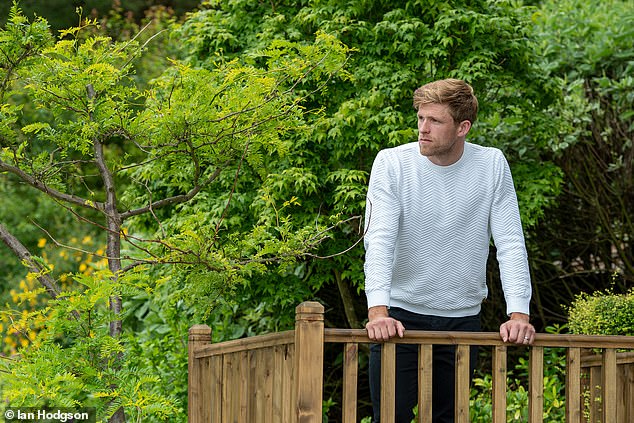 ‘I had sort of accepted that maybe that was the end,’ a candid Willey tells Sportsmail from the garden of his home near Leeds.

‘The winter probably made me think that maybe they were done with me. So to get the call was a relief that they haven’t completely written me off. It’s a great opportunity for me. I’ve got nothing to lose.’

Not only is Willey back in the fold, he feels he is back to his best having had an ‘epiphany’ during lockdown when he watched footage of himself from five years ago and noticed his action had altered. But most importantly, Willey is also back in love with the game.

Opening up about his mental struggles for the first time, he admits that years of non-stop touring and T20 franchise leagues had left him ‘frazzled’.

And he thinks that contributed to the poor form which led to Jofra Archer replacing him nine days before the start of last summer’s World Cup, having been in England’s provisional squad and a key member of their side for the previous four years. 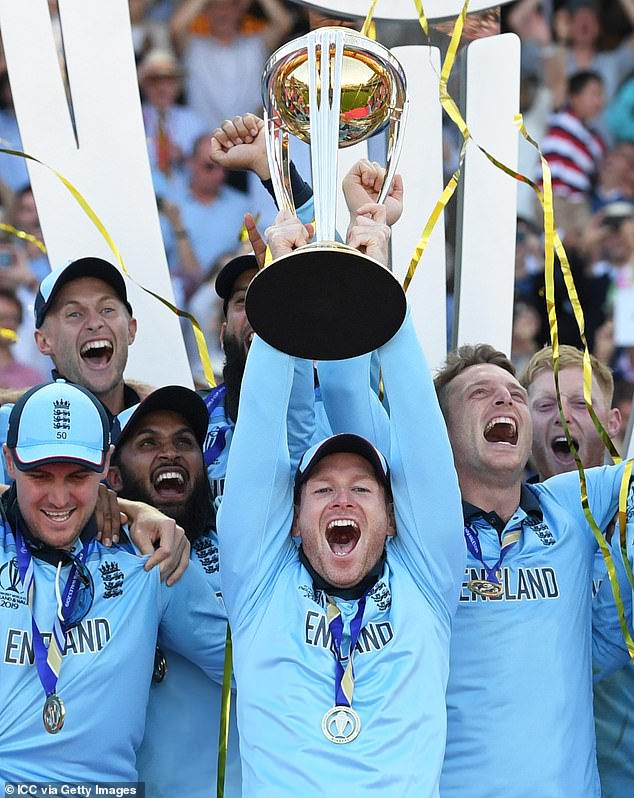 ‘For a period of time leading up to the World Cup, I wasn’t confident in myself and where my game was at,’ the left-armer says in his first exclusive interview since that high-profile omission.

‘I’d probably fallen out of love with the game a little bit. I found it difficult getting the motivation to go out there.

‘I’d had a lot of winters back-to-back and I was just frazzled. When you are on the treadmill, it’s a slow decline and you burn out slowly. You probably don’t realise that it’s happening. I certainly got to a point where I thought, “I can’t carry on playing cricket like this”.

‘I’d been on every tour with England and not played very much. To keep turning up, to bowl in a net and run drinks out, I started to question what I was doing it for. As a result, I lost my passion for playing the game.

‘For 18 months with England, I felt that I was looking over my shoulder. I felt like every opportunity I had, if I didn’t take a five-for, I was out of the team and that weighed heavily on me. 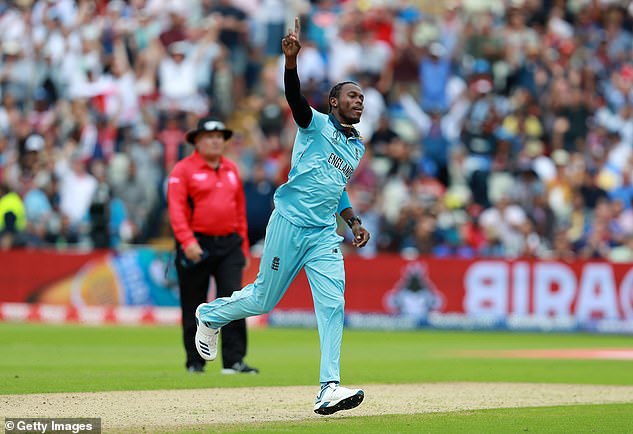 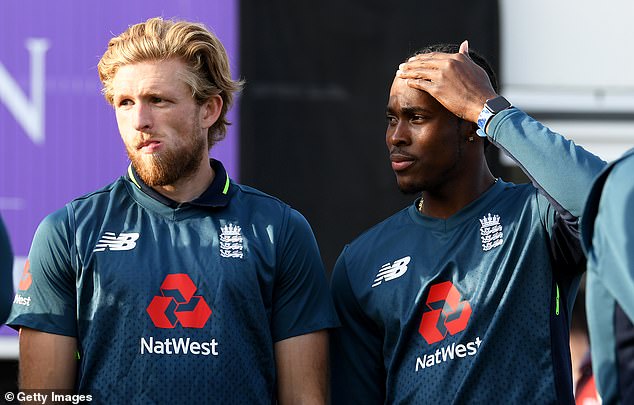 ‘I always played because I loved playing cricket so to start having those thoughts and those little demons creeping in, it took away actually what I played the game for.’

If that was how Willey felt even before the World Cup – which England went on to win without him one year ago – it is no wonder things spiralled after last summer’s spectacle.

For the rest of 2019, he says he was ‘pretending’ to want to play, whether with Yorkshire or the Delhi Bulls in November’s Abu Dhabi T10 League. At his lowest, he even considered walking away from the game, something he has not spoken about outside of his family until now.

‘I sort of anticipated that it was probably going to be me that missed out on the World Cup but that was the final nail in the coffin for me,’ he says.

‘You grow up as a kid wanting to play in a World Cup at home, so to get a phone call at the 11th hour saying, “Sorry mate, you’re not in”, it was upsetting. I was gutted.

‘It was difficult to carry on for the rest of the season. I had to pretend that I wanted to be there. I just tried to turn up, put on a brave face, do my best and come away. But it was a battle. The emotional side of it was exhausting. It was pretend. I was pretending to be doing it properly.

‘I am at my best when I am competing and in the battle. If that is not there, I am probably half the player. There were a couple of periods last summer where I pretty much went out to pick a fight just to try and ignite something to get me going.

‘Then I went to that T10 league, which was a stupid thing for me to do. I just didn’t want to be there. The first game I was out there, I thought, “I can’t wait for this to finish, I don’t care whether we win or lose, I just want to get off this field and get back to my hotel room”.

‘It doesn’t look great if you are showing you don’t want to be there, so I probably covered it up quite well. But I knew that if I was going to be playing cricket with an attitude like that, I needed to really evaluate whether I still wanted to play cricket.

‘I spoke to my wife about not playing any more. If there was something there, on the table, that I was passionate about and really enjoyed doing, I might have walked away. But at that moment when we had those conversations, there wasn’t anything so I just carried on.’ 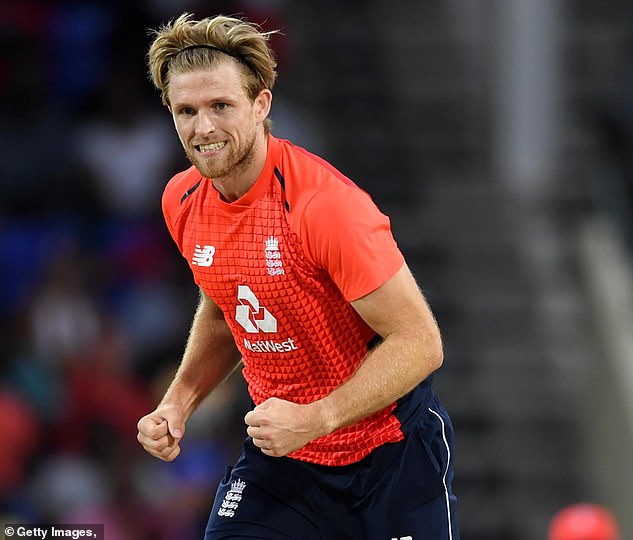 The player sitting in front of Sportsmail today is not the same as the one he is describing from last year.

Having had eight months off, albeit in enforced circumstances nobody would have wished for, Willey is in a much happier place. He has remembered just why he got into the sport in the first place, following in the footsteps of his father Peter, who was also an England international.

‘I feel this extended break has been the best thing for me,’ says Willey, who occupied himself in lockdown by renovating the house he shares with his wife Carolynne and young children Jacob and Maeve.

‘It has been great to refresh my mind and work on my game. I have got the fire back in my belly and I am enjoying it probably more than I ever have. I am hungry for it all again. When we got back to doing it, I’ve realised how much I do love playing cricket.’

That born-again attitude has partly come about because, after reviewing his bowling action, he has gone back to what helped him break into the England side in 2015.

‘During lockdown there was a little bit of an epiphany,’ says Yorkshire’s T20 captain. ‘I was sitting in bed looking at clips from 2015 and realised my release point had moved about a foot, which is probably why I have not been swinging it for the past two years.

‘When I was at my best, my release point was over my left hip, but it had almost come past my midline. So I’ve been working hard on that and I now feel like I am bowling as well as I have done for the past two years. 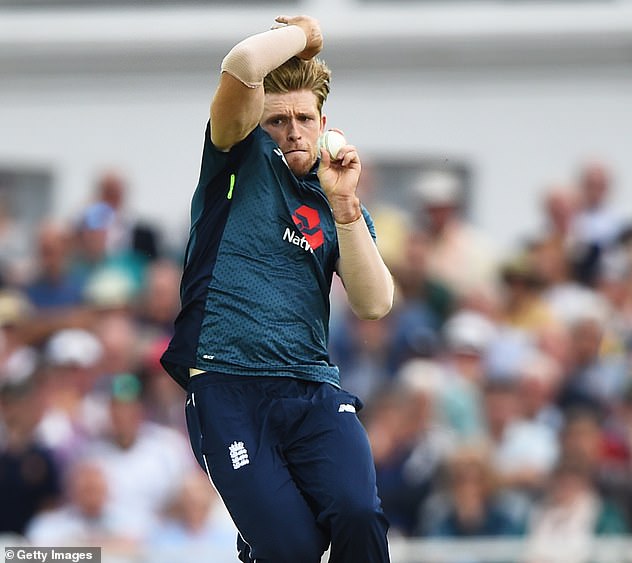 ‘The white ball is swinging again and I know where it’s going, because I had a period where I was just running up and hoping for the best. It had got that bad.

‘The fact that there has been something really evident and it has actually been a very quick fix, that has made me excited.’

Willey has also been revitalised by the launch of his own virtual coaching platform – davidwilleycoaching.com – where he is offering one-to-one sessions with cricketers over video.

‘The idea came about after spending so much time looking at videos of myself and trying to work out what is happening with my game,’ he says. ‘I want to make myself accessible to people that want to have some coaching from a professional cricketer.

‘I am really excited by it. Hopefully I can help people improve and go on to achieve their goals. Coaching is something I’d like to do in the future so hopefully this can also be a stepping stone to something more permanent come the end of my career.’ 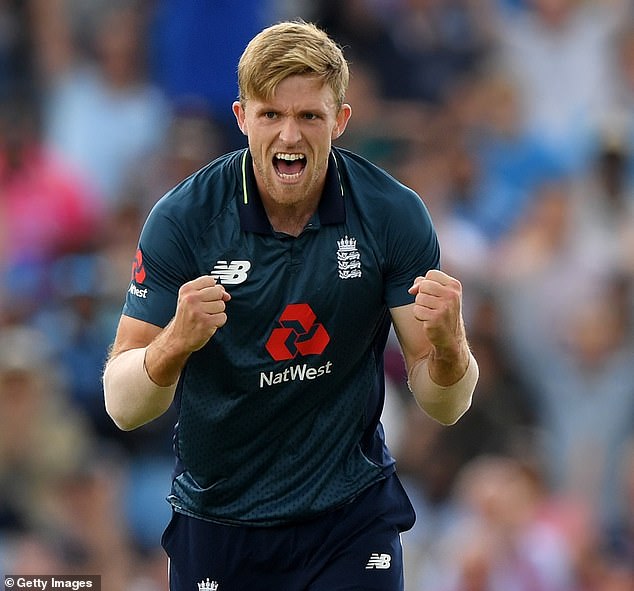 The end of Willey’s career, though, is still some way off – both with Yorkshire and, he hopes, England. On the international front, after the three one-dayers with Ireland – who Willey made his debut against – there is a T20 series against Pakistan and a possible white-ball visit of Australia.

And Willey is also eyeing the two upcoming T20 World Cups in Australia and then India, before, dare he say it, the next 50-over World Cup in 2023.

‘I feel like my best cricket is still to come,’ he adds. ‘There are plenty of miles left in me and I’ve still got ambitions. I’d love to win a County Championship and be involved in the upcoming World Cups for England.

‘If the England thing doesn’t work out, so be it. The worst that will ever happen to me in my cricket career has happened. If I get dropped now for a series against Pakistan, I’ve missed out on a World Cup on home soil, so it doesn’t get any worse than that.

‘But it would be brilliant to go back out there in 2023 and hopefully repeat what they’ve done and me be a part of it this time. That would be a great story.’ 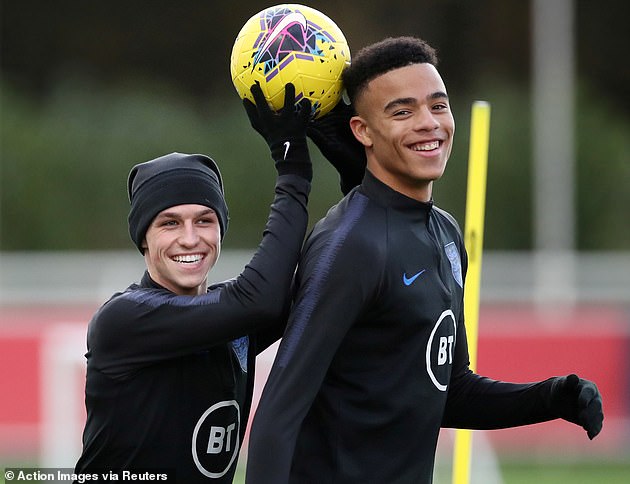 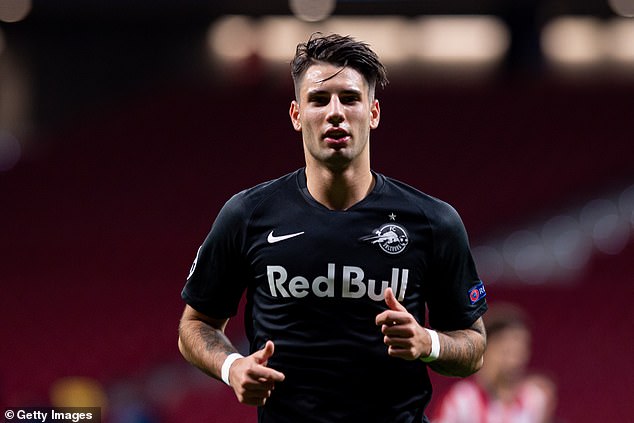