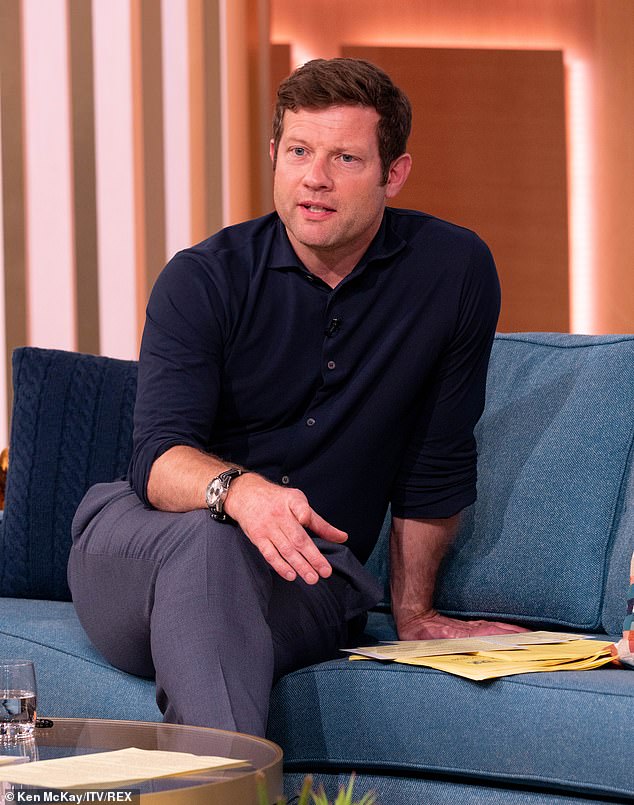 Dermot O’Leary has revealed that his wedding ring was stolen from a gym.

The television and radio presenter shared a police appeal on Twitter to find the alleged thief.

The ring was stolen along with a bag and a gold crucifix from a gym in central London.

O’Leary tweeted: ‘Sadly this was my wedding ring and bag that was stolen.’

Dermot has since shared a police appeal on Twitter to find the alleged thief (pictured, left and right, without his ring for the first time since the theft)

He added that he is ‘sure’ he would not see the items again but would like to stop the man who allegedly stole his possessions from doing so again.

In a separate Instagram post, O’Leary wrote: ‘I know there are more important things happening in the world right now, but last week by bag (with my wedding ring in it) was stolen from a locked locker at Psycle on Mortimer St, London.

‘I’m not after any special preferential treatment.

‘I’m not the victim of a violent crime, and even though no one should have to, I can handle all the impersonal items being stolen (the wallet, phone, watch, keys etc).’ 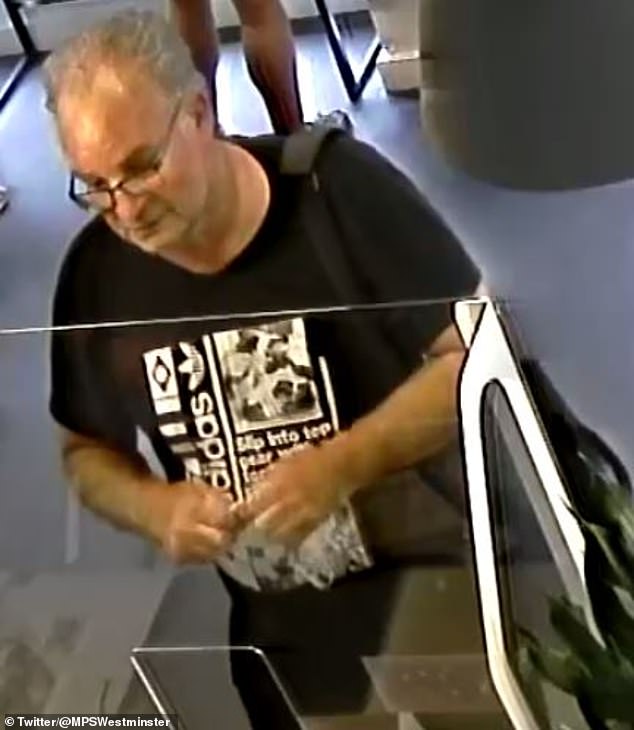 Pictured: The man the Metropolitan Police are searching for in connection with the theft of O’Leary’s wedding ring from a gym in central London

He added that the person who took the items ‘stole something that would mean nothing to him but everything to me’.

The inside of the ring is inscribed with 14/9/12 Team KO, City of Westminster Police said.

It was stolen on August 13.

O’Leary has been married to TV producer Dee Koppang since 2012.

The pair announced the birth of their baby son Kasper, who is their first child, in June.