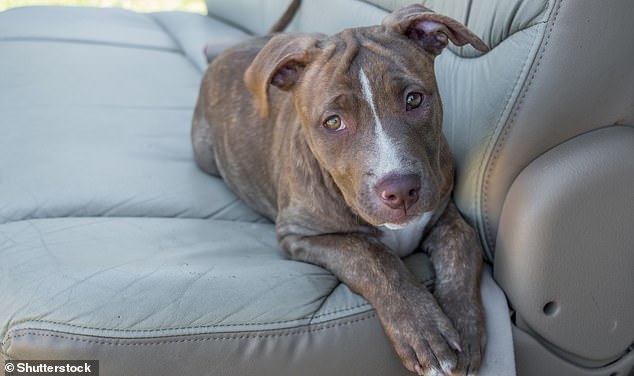 Leaving dogs in parked cars can be dangerous all year round, even in the winter when outside temperatures are relatively low, scientists warn.

Dog welfare experts at Nottingham Trent University monitored internal temperatures of cars in the UK, without dogs inside them, every day for two years.

They found temperatures exceeded 77°F (25°C) in every month of the year – high enough to cause overheating in breeds with flat faces, such as bulldogs and pugs.

Annual campaigns highlighting the risk of dogs dying in hot cars typically begin in May but need to start earlier in the year, they say.

Between 2010 and 2019 the RSPCA received almost 70,000 calls about animals and heat exposure, most of which related to dogs in hot cars.

Just 20 minutes in a car that is too hot can cause heat stroke, which kills one in seven dogs diagnosed with the condition.

Researchers in dog welfare at Nottingham Trent University also found that, rather than midday being the hottest time, the most dangerous internal temperatures occurred between 4-5pm

Most dogs are comfortable at temperatures between 59°F and 77°F, but this is dependent on breed, coat length, fitness and other factors, the researchers said.

Dogs should never be left alone in cars, as even just a few minutes trapped in the stifling heat can be fatal.

‘We known that some dog owners are already not heeding the warning message about the risk of leaving their dog in the vehicle.

SIGNS OF DOGS IN DISTRESS

The veterinary charity PDSA advises anyone who sees a dog in a car displaying the following signs to call 999 immediately.

‘People assume the risk is only midday during the summer, when in fact cars can reach potentially dangerous temperatures all year round, with late afternoon the hottest time period.

‘As heatstroke can be fatal in dogs, public awareness campaigns should consider launching in April or earlier, and also potentially include warnings about the increased risk to dogs in cars in the late afternoon.’

The PDSA advises anyone who sees a dog in a hot car showing signs of distress, including panting or drooling heavily, to dial 999 immediately.

The study used data loggers to continuously record internal temperatures of four vehicles at 15-minute intervals over a two-year period.

They found internal car temperatures exceeded 95°F (35°C) between April and September, which is hot enough to cause overheating in all dog breeds.

Temperatures rose to this level on almost a third of all days from May to July.

The team also found the highest internal temperatures in vehicles occurred between 4pm to 5pm. 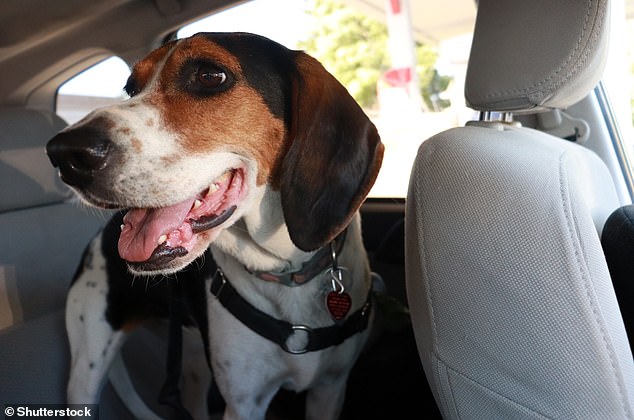 Most dogs are comfortable at temperatures between to 59°F to 77°F, but this is dependent on breed, coat length, fitness and other factors

Dogs do not sweat like humans and therefore rely heavily on panting to lower their body temperature.

However, in enclosed vehicles, panting can be harder for dogs due to humidity and lack of air movement, resulting in reduced latent heat exchange.

Along with panting, signs of heat stroke in dogs include red or dark gums and tongue, confusion and unsteadiness, diarrhoea, vomiting and agitation.

If the dog is not cooled and treated by a vet quickly, heatstroke can be fatal.

‘Sadly every year we hear of dogs getting in distress because they are left in cars on warm days, but what this important research shows is that we need to be alert to this all year round,’ said Runa Hanaghan, veterinary director at animal welfare charity Dogs Trust.

‘Many people still believe it’s OK if the windows are left open or they’re parked in the shade, but the truth is, it’s not and we strongly advise that dog owners should never leave their dog in a car, even if it feels cool outside.

‘Dogs can’t cool down in the same way as humans and the heat can quickly become dangerous for them, so if you see a dog in a car in distress, call 999 immediately.’

Dogs can die from hot temperatures even when the car in in motion without proper air conditioning, the authors add.

‘The risk is not limited to being left in a vehicle,’ said study co-author Emily Hall, also at Nottingham Trent university. 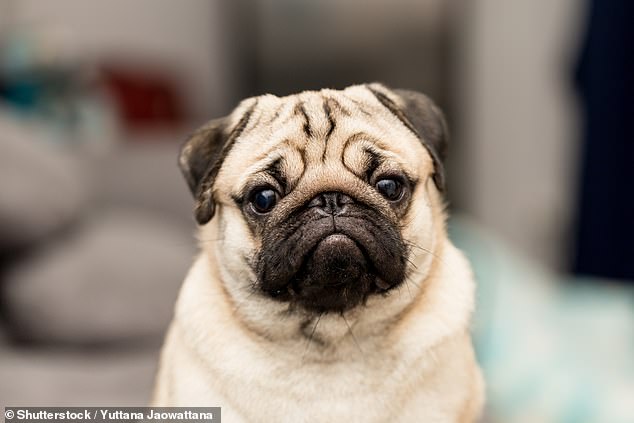 The team found that temperatures exceeded 25°C in every month of the year, which is high enough to cause overheating in brachycephalic breeds – those with flat faces – such as bulldogs, French bulldogs and pugs (pictured) 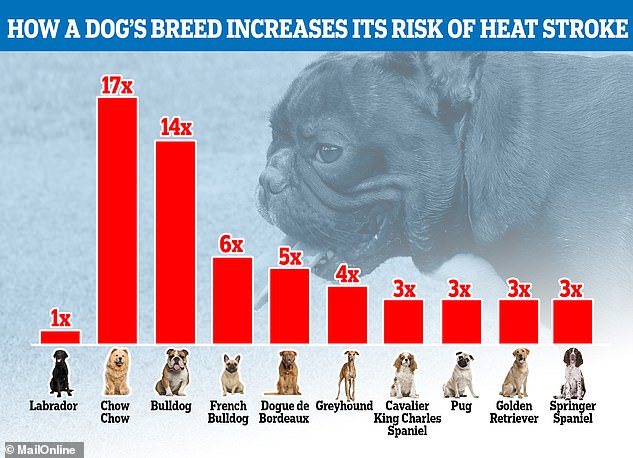 Trendy flat-faced dogs such as bulldogs, pugs and French bulldogs are twice as likely to suffer from heat stroke than other breeds, a study shows. Scientists found extreme selective breeding for flat faces has made it almost impossible for them to cool down

‘Many modern cars are equipped with air conditioning, but older models may only have air vents or no ventilation mechanism at all in storage compartments.

‘Dogs transported in these vehicles could be exposed to dangerously high internal temperatures during long journeys, particularly if the vehicle is stationary or queuing in the sun.’

The study, which has been published in Open Veterinary Journal, also looked at the risk of storing non-refrigerated medications in vehicles.

These might be at year-round risk of exceeding their licensed storage temperature limits, which range from 46°F (8°C) to 77°F (25°C).

Last month it was revealed that researchers in dog welfare at Nottingham Trent University and the Royal Veterinary College had found that brachycephalic, or ‘flat-faced’, breeds were particularly at risk of developing heatstroke.

The scientists found extreme selective breeding for flat faces has made it almost impossible for them to cool down.

The English bulldog, for example, is 14 times more likely to get heat stroke than a Labrador, which was found to be at no greater risk than cross-breeds and used as the experiment’s control.

Dog owners fall out of love with flat-faced pup

Pugs, French bulldogs and bulldogs are dipping in popularity, as miniature Dachshunds look set to overtake them as the UK’s top tiny dog by the end of the year.

This is according to registration statistics released by dog welfare organisation the Kennel Club.

The statistics have been welcomed by health and welfare experts who say that flat-faced – or brachycephalic – dogs can suffer from a number of health problems such as breathing and eye conditions due to their short head.

‘The dropping registrations for these key flat-faced breeds are a step in the right direction and we do welcome them, although with some caution,’ said Dan O’Neill, Chair of the Brachycephalic Working Group, which is made up of vets, national animal welfare organisations, scientists, and dog breed clubs.

‘We hope this is a sign that more puppy buyers, owners and breeders are considering the health and welfare implications these dogs can face, especially if these dogs are bought on an impulse solely because they ‘look cute’ but with little understanding of their potential health issues, or that they are bred indiscriminately to meet demand.’ 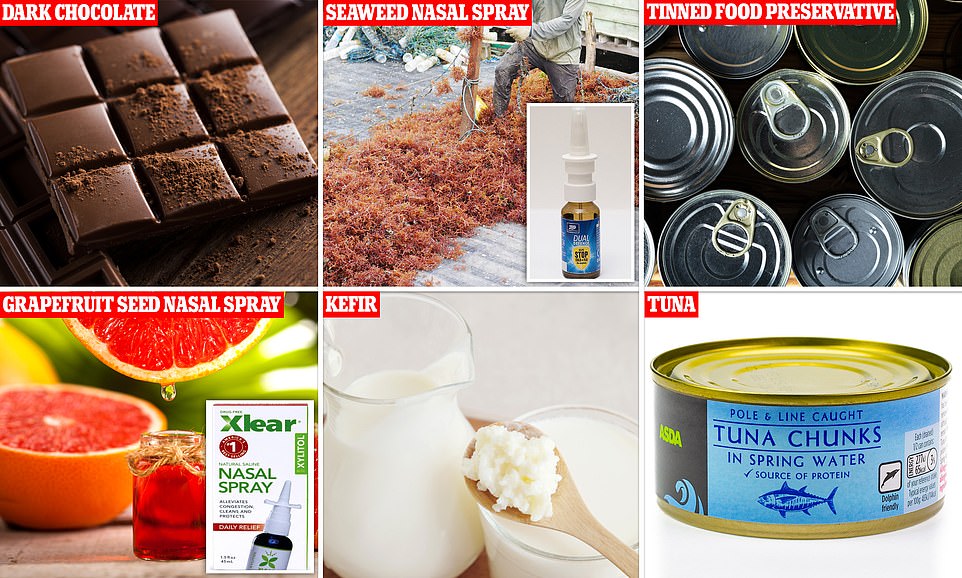 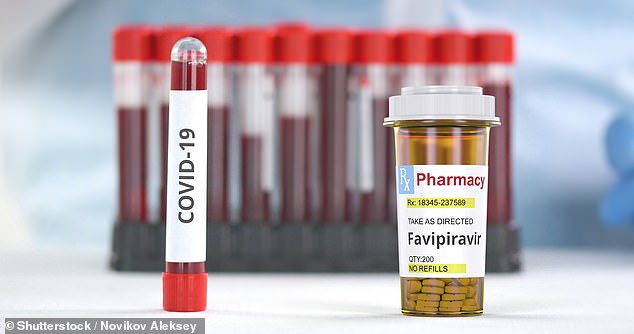 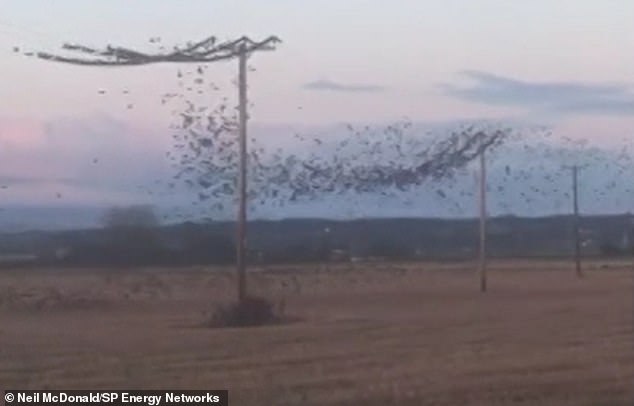