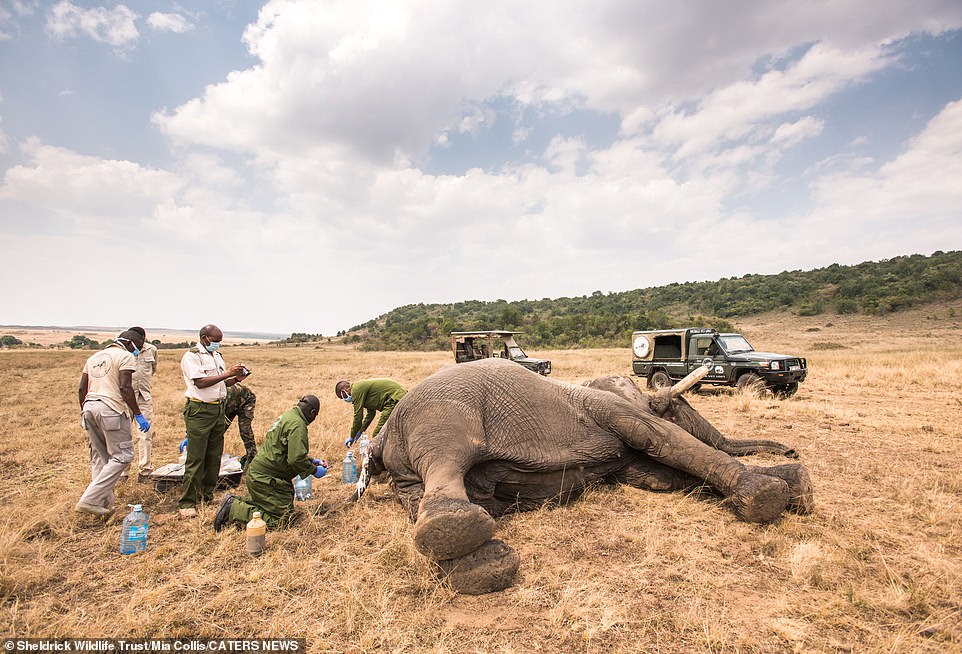 Elephant’s life is saved after it was speared to drive it off of land in Kenya, leaving it with horrific maggot-infested wound

By Alice Cachia For Mailonline

This is the moment an elephant’s life was saved by vets after it was speared to drive it off land in Kenya.

Conservationists said the creature was attacked when it crossed over into land that used to be elephant territory.

The elephant, believed to be in its 50s, developed a nasty infection in its tail and rescuers discovered a horrific maggot-infested wound.

Sheldrick Wildlife Trust (SWT), a conservation charity in Kenya, flew by helicopter to the Mara Conservancy after visitors spotted the ailing animal. 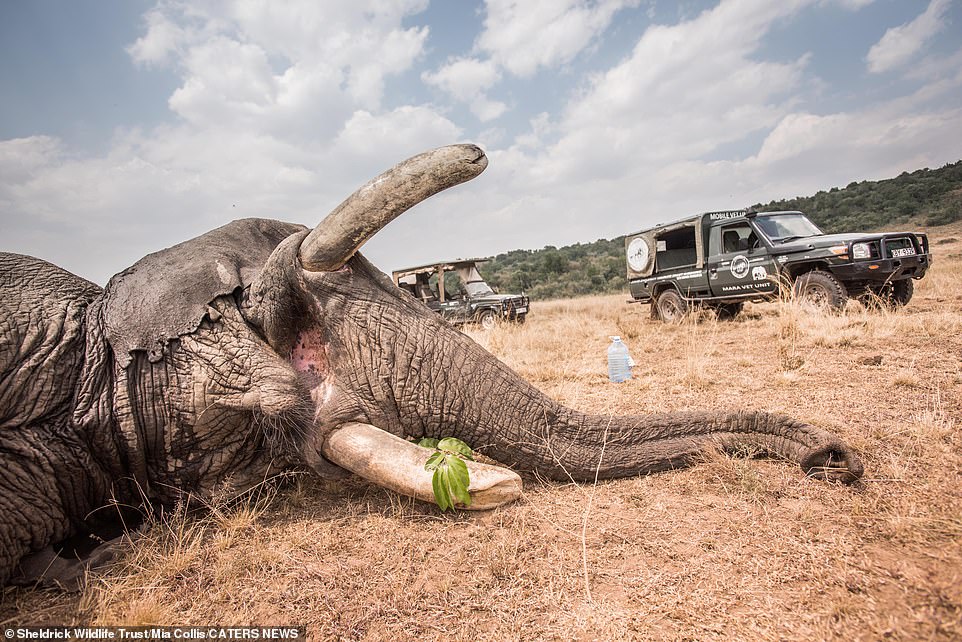 The elephant, believed to be in its fifties, was treated by vets after its injury was spotted by eagle-eyed visitors 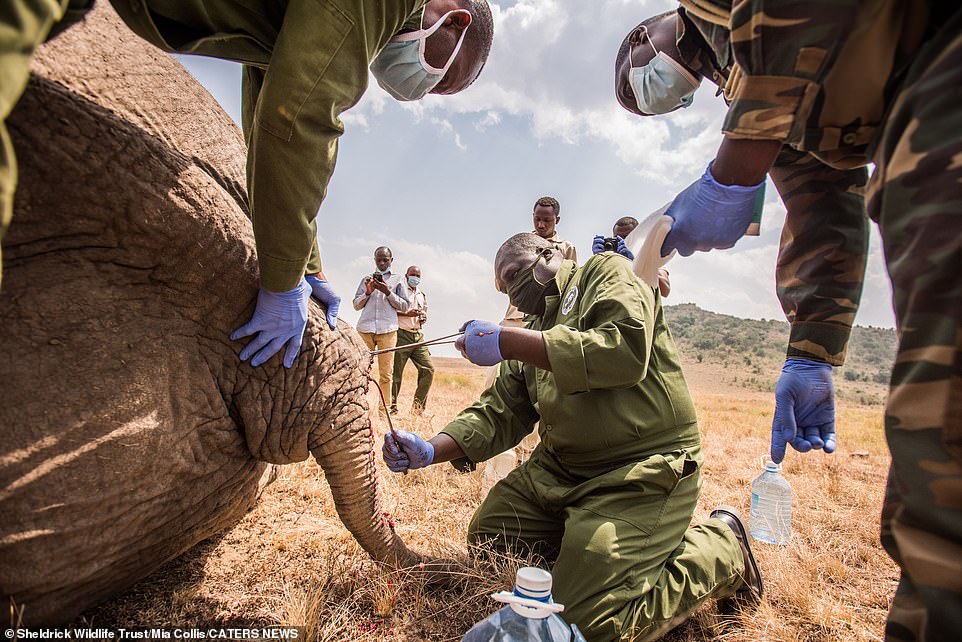 The team from the trust’s mobile veterinary unit, in partnership with the Kenya Wildlife Service, treated the elephant.

They cleaned its infected tail and administered antibiotics and anti-inflammatory drugs.

Eventually, the elephant was back on its feet and has been given a positive prognosis for his recovery.

Rob Brandford, executive director at the SWT, said: ‘We suspect he was speared when he travelled across land that was once elephant territory, but has since been appropriated by man, built on for development and agriculture, blocking traditional routes of elephant migration.’

One ranger wedged a stick in his trunk to keep the elephant’s airways open, while another flopped an ear over his eye to shield him from the sun.

They manoeuvred its tail to inspect the damage and found it was was heavily infected and infested with maggots. 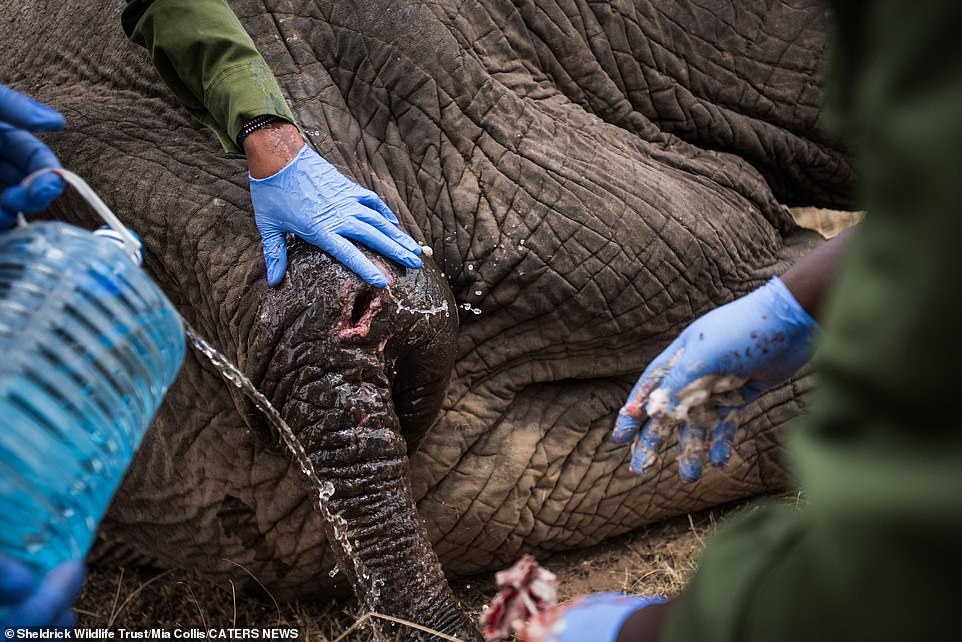 Rescuers cleaned the animal’s tail wound, believed to have been caused by mankind after it crossed into human territory 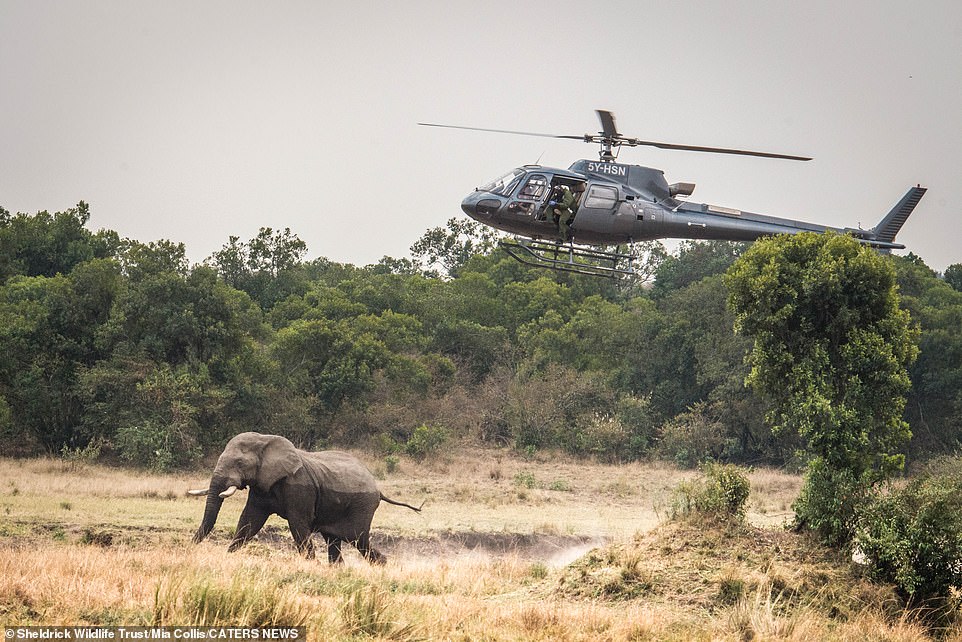 Rescuers flew by helicopter to reach the ailing elephant, whose injury had developed an infection and was infested with maggots 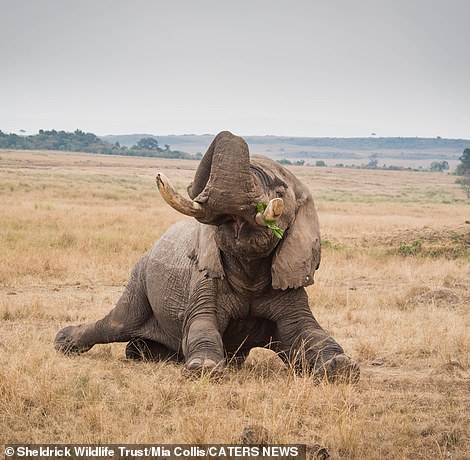 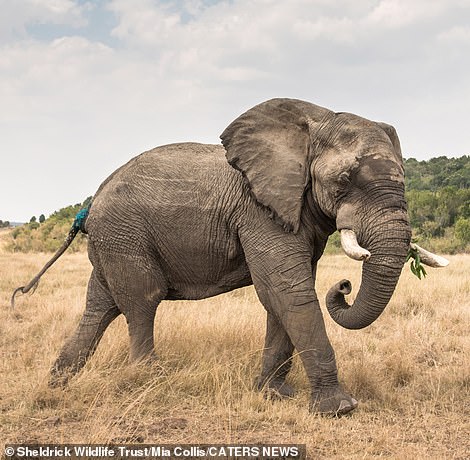 KWS vet Dr Limo has since given the elephant a good prognosis for recovery, rescuers said.

‘Now he is deep in the Masai Mara National Reserve, where we hope he will remain to convalesce in safety.

‘In the half-century this old boy has roamed this earth, he has bore witness to a shrinking habitat and a growing human footprint, which leads to inevitable conflict.

‘Human-wildlife conflict is a growing threat facing elephants across the world – from animals being electrocuted by power lines to killings in retaliation to crop raiding.’ 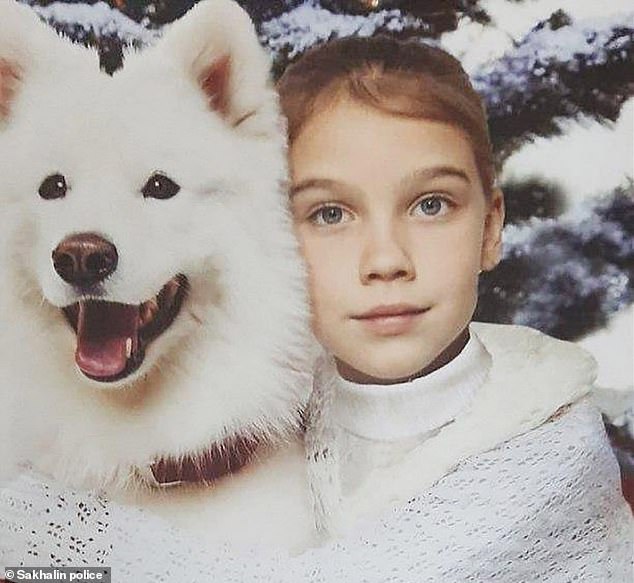 Russian girl, 8, ‘picked up by couple’ who raped and killed her 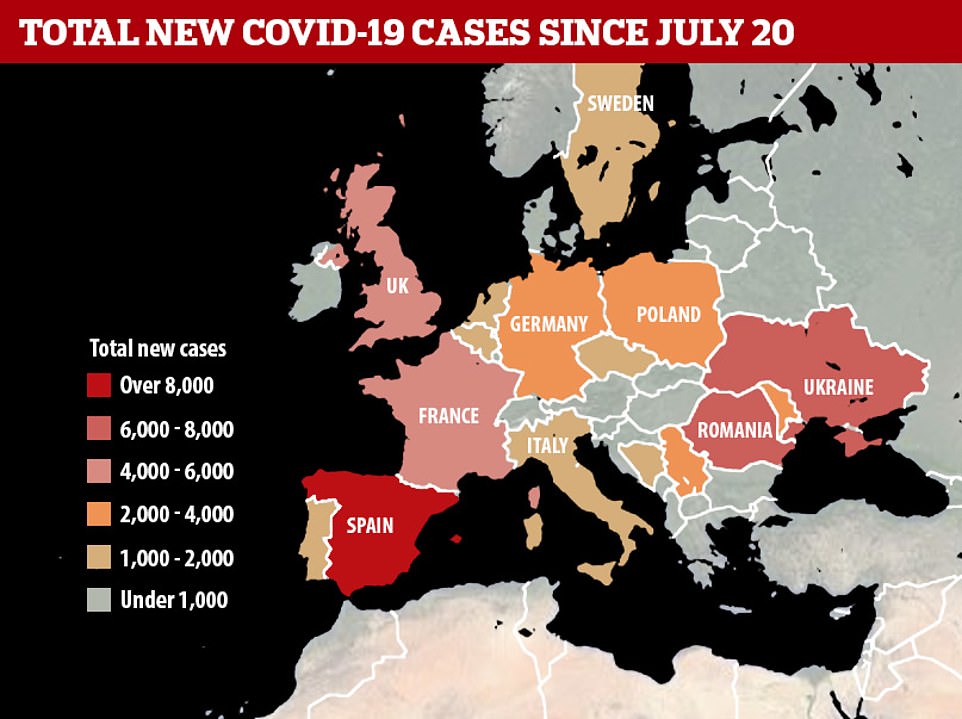 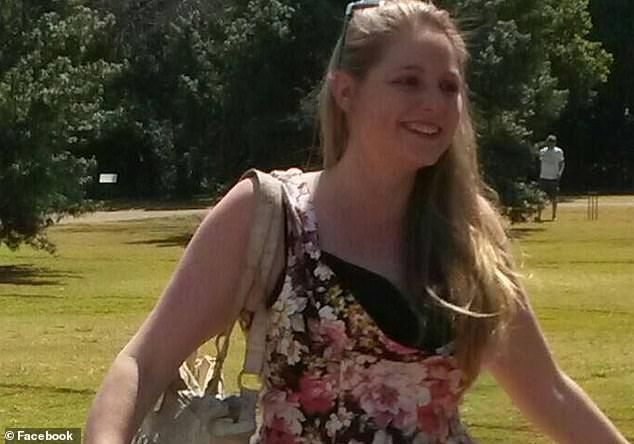