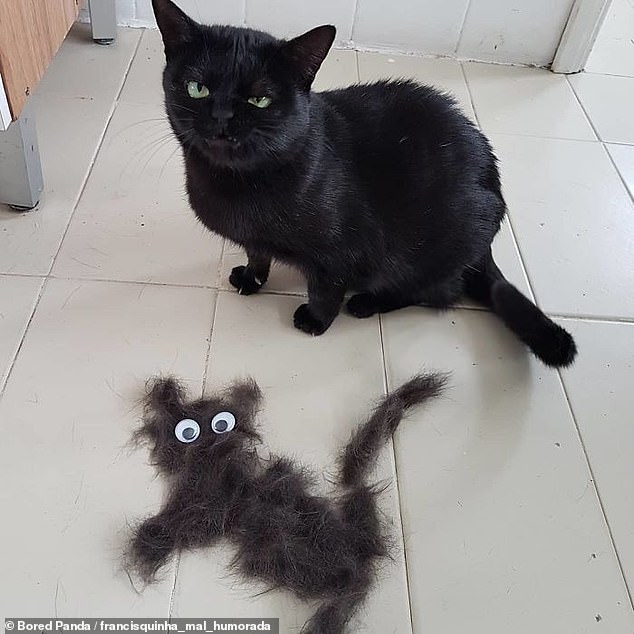 Leave meow alone! Hilarious pictures show drama queen cats’ furious reactions as they are bathed, taken to the vet and even stroked

By Claire Toureille For Mailonline

Cat owners will know that when a feline doesn’t get what it wants, things can get intense.

Pet owners from Indonesia to the US and Germany and more have shared hilarious pictures of their furry friends mid-meltdowns, and revealed the reasons behind their distress.

The snaps, shared in an online gallery on Bored Panda, showed one crafty cat who attempted to hide in his owner’s suitcase as they were driving to the vet.

Meanwhile, in America In the US, a cat spent the duration of bath time hissing angrily – making for a rather amusing snap.

FEMAIL takes a look at the cats who win the crown for being drama queens.

Feline grumpy? Cat owners have shared the best pictures of their pet’s meltdowns, including a Portuguese feline was not amused by their owner’s attempt at crafting a cat from its fur 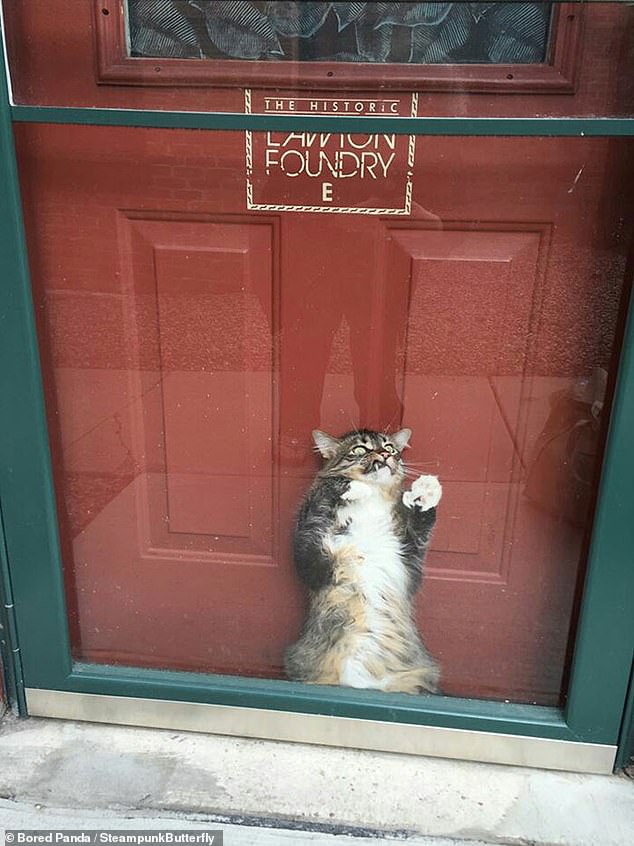 In the US, this poor cat was understandably not pleased after getting caught between the door and the glass window – making for an amusing snap 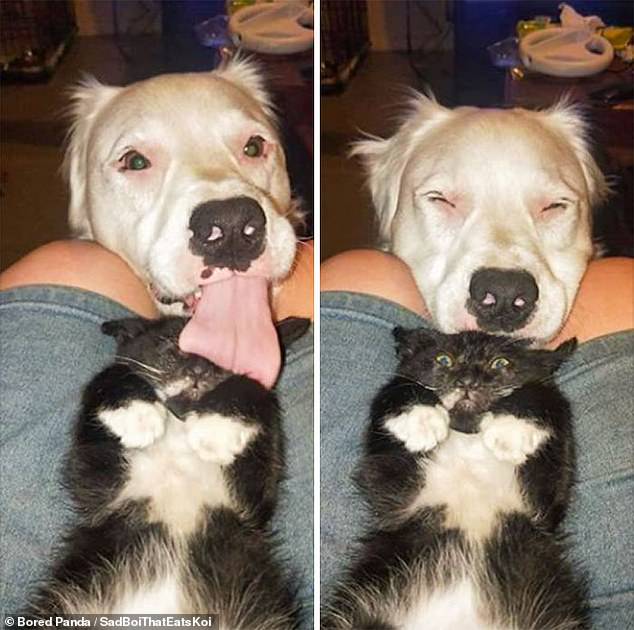 This kitten, believed to be from the US, was furious after the family dog tried to show them affection  with a big lick across its face 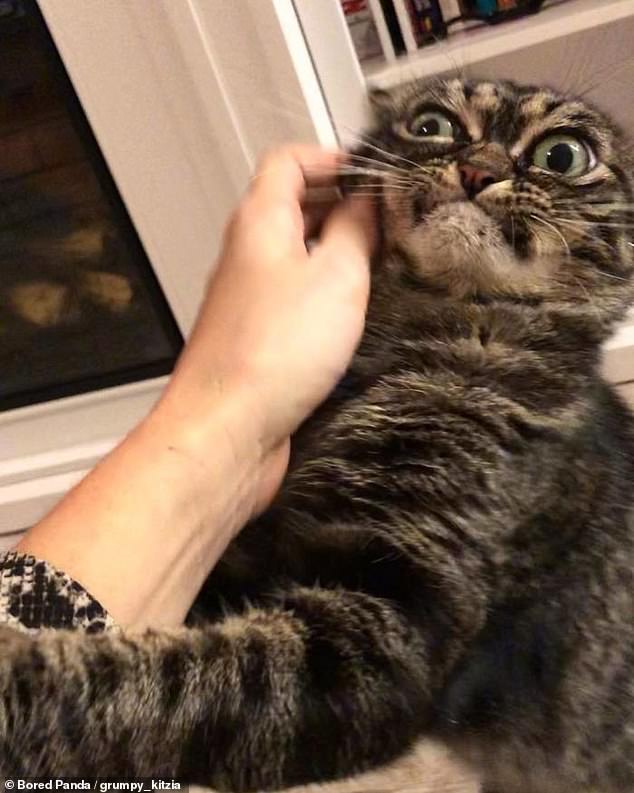 Fur god’s sake! Meanwhile, in the US, one cat did not seem to enjoy their owner’s petting, and responded with a quick backhand and their best offended look 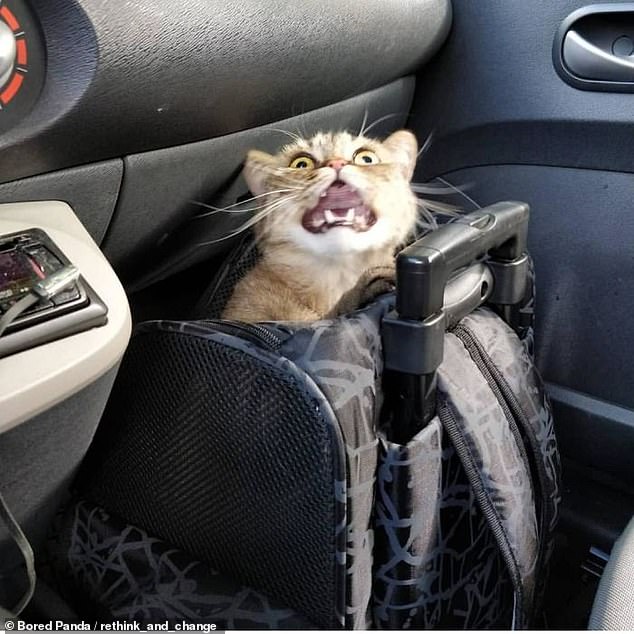 In Germany, this cat hid in their owner’s suitcase and looked terrified as they drove to the dreaded vet  – clearly knowing what was in store for him 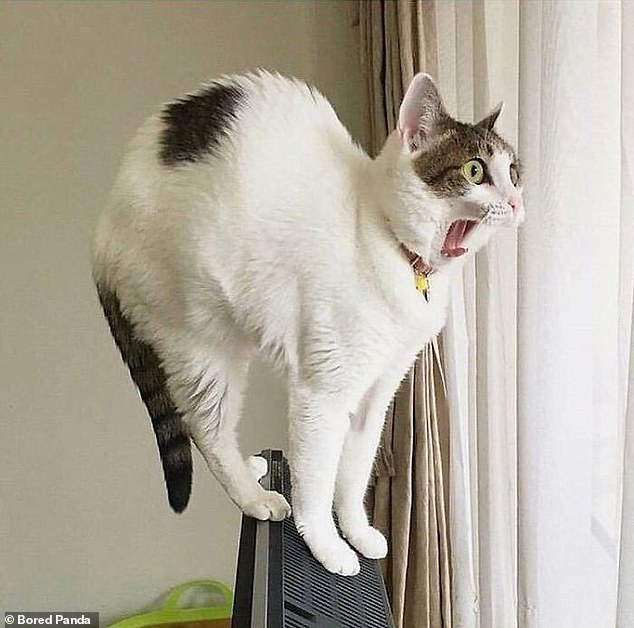 Cat got your tongue? We don’t know what this fluffy beauty from an unknown location saw through the window, but there is no doubt it was shocking 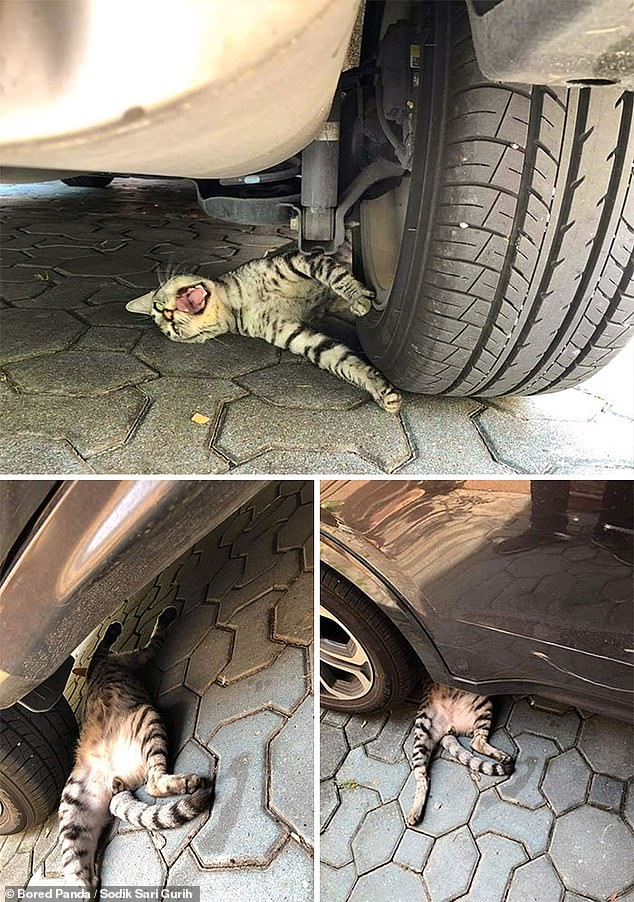 In Indonesia, a cat really should have been nominated for an Oscar, after putting on this very convincing performance that it was stuck underneath a car’s wheel 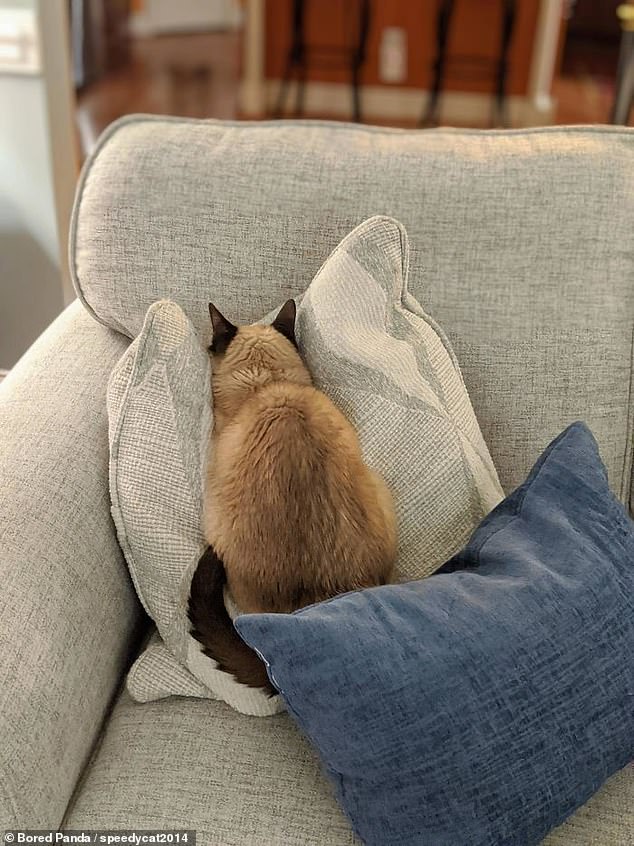 In the US, one cat was particularly dismayed when their owner attempted to cuddle him, and sulked in the sofa’s pillow  until they were left alone 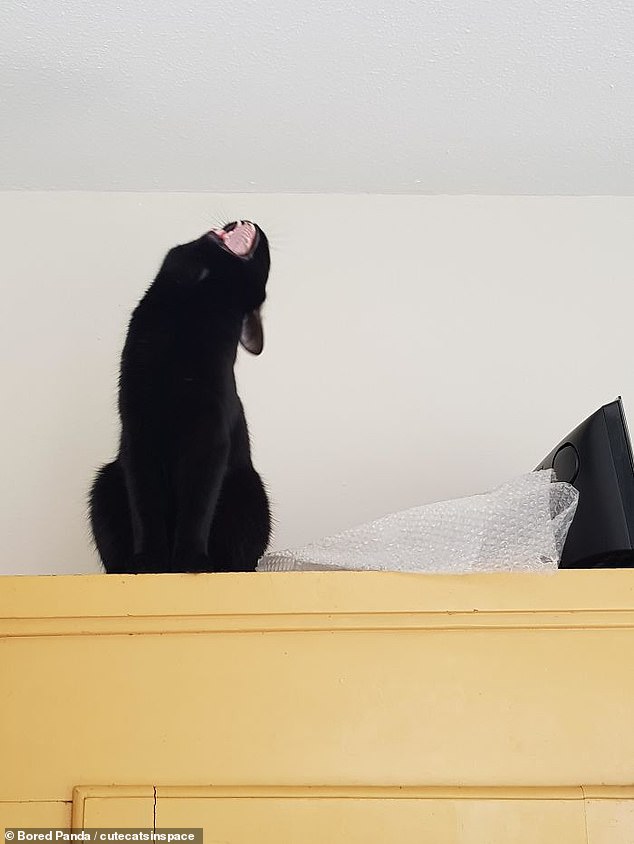 On strike! This feline, believed to be from the US, missed his owner and made it known by howling from the cupboard – much to the petsitter’s horror 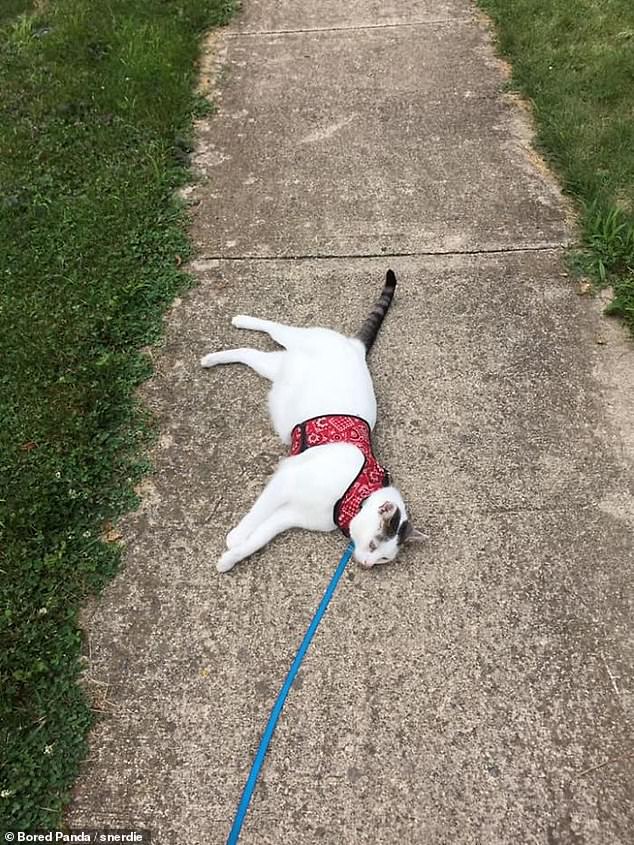 This cat, believed to be from the US, gave up on walking in the middle of a stroll with his owner – proving that leads may just be reserved for the dogs of this world 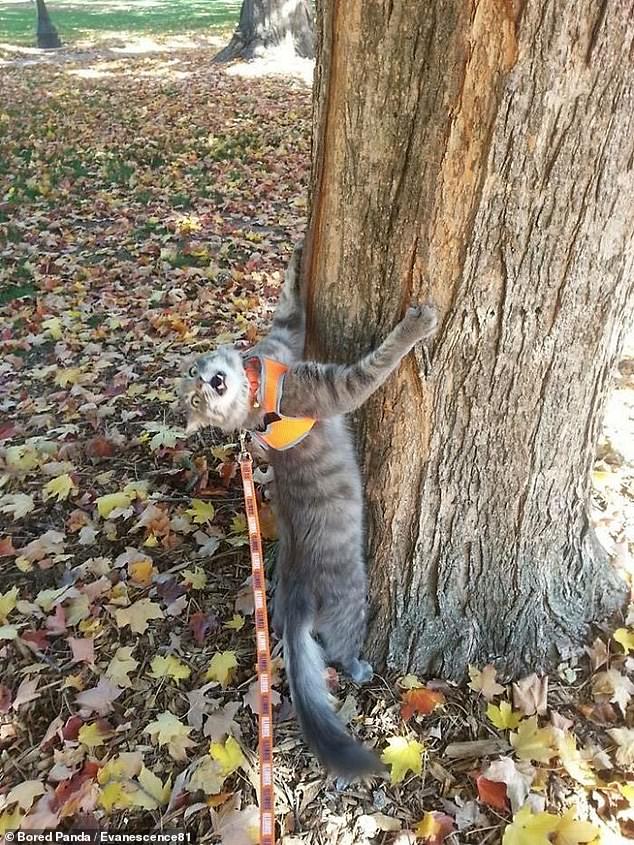 Elsewhere, this US cat hung on for dear life to this tree during a walk in the woods, with the owner unsure over whether the cat was terrified or excited 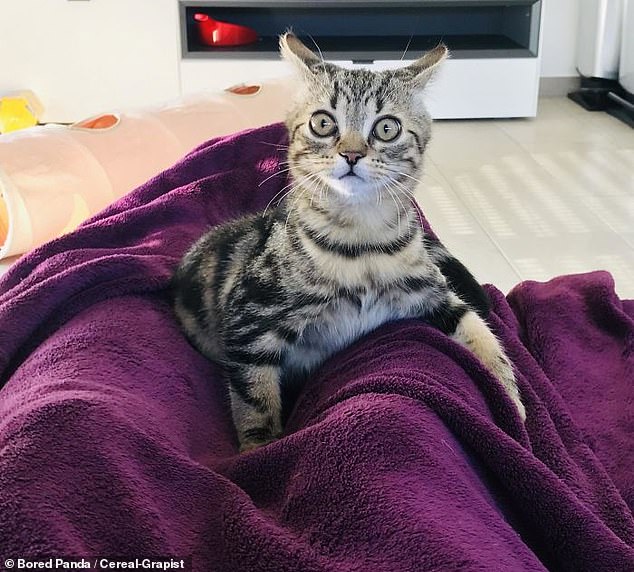 What was that, human? This cat was startled by their owner’s sudden sneeze and could not stop staring at them for several minutes 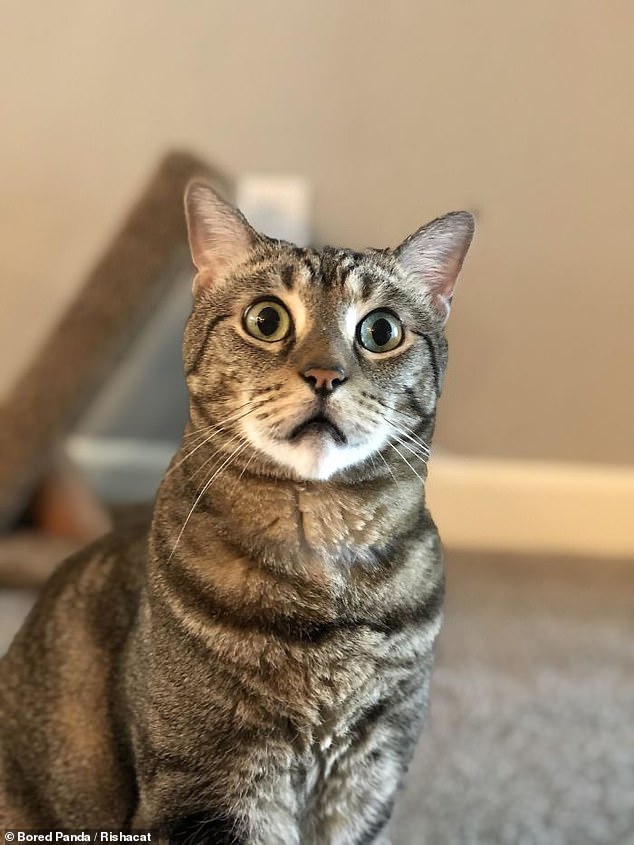 A sensitive soul! This cat’s owner, thought to be from the US, revealed how their pet seemed heartbroken after watching a particularly shocking news segment 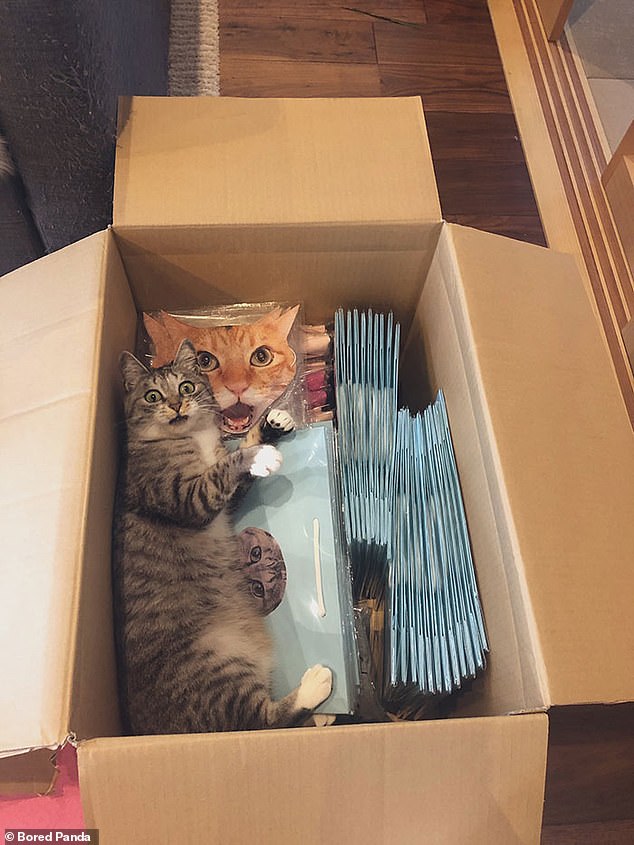 Caught red handed! This kitty could not believe it when their owner found them in this cardboard box – matching the expression of the cat mask rather precisely 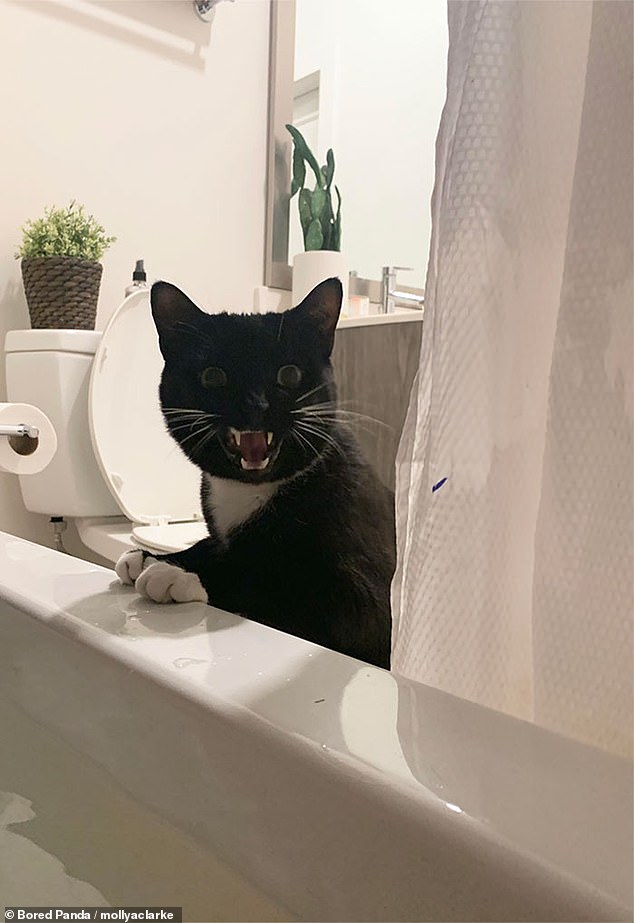 Cat-astrophe! In the US, a cat made sure to warn their owner about the dangers of bathtubs by meowing loudly during the whole duration of the bath time 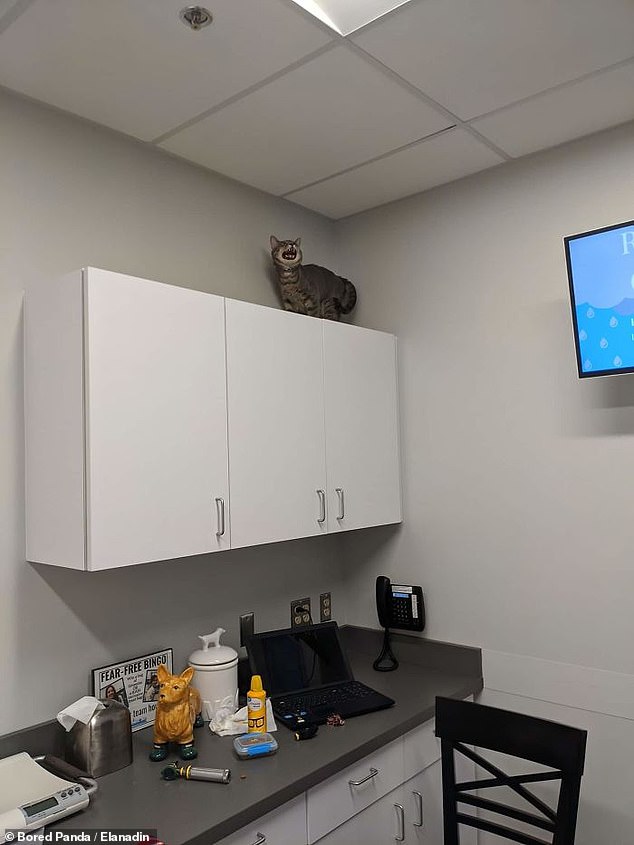 In the US, this same cat who did not want to go to the vet caused a scene in the professional’s office by climbing on its cupboard  – perhaps spurred on by the statue of the dog 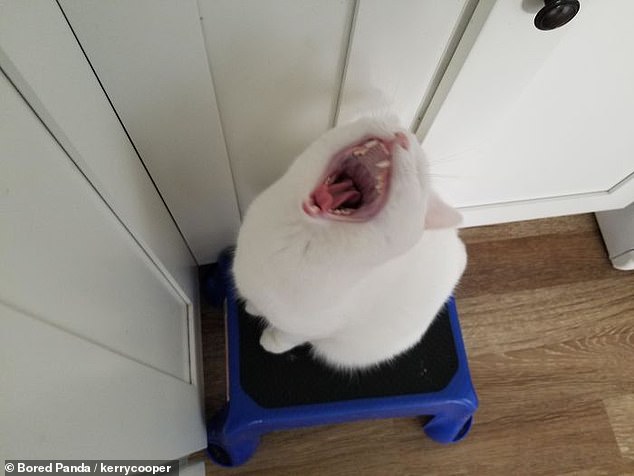 In Virginia, this cat owner explained it just took them slightly longer than usual to serve their  very hungry cat – with the feisty feline immediately turning into a drama queen 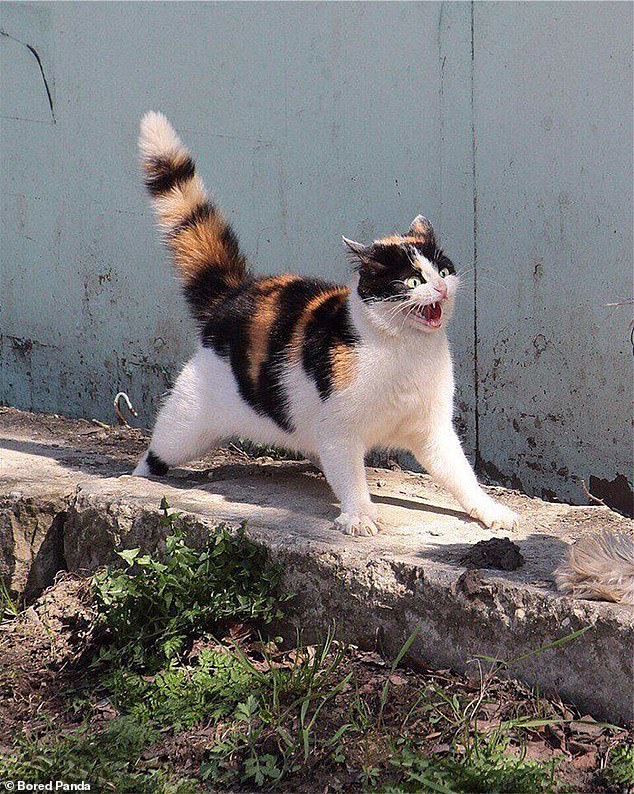 Leave meow alone! We would not want to get on the bad side of this ferocious feline, who was all teeth and claws during its walk 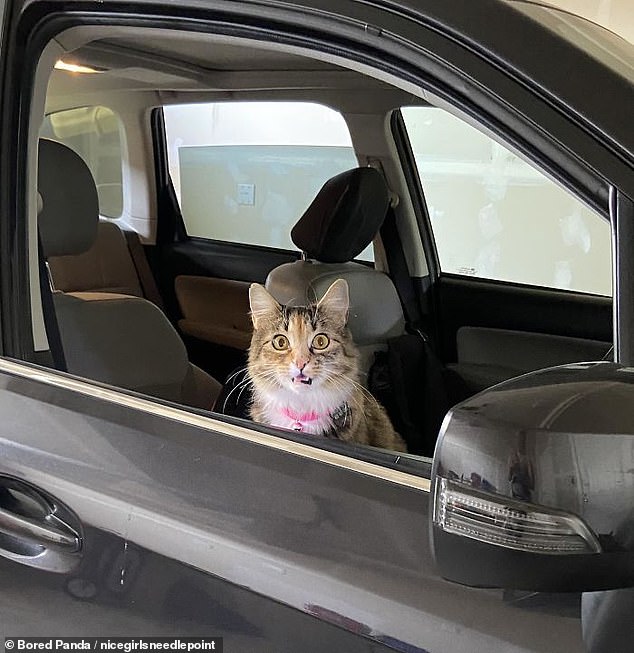 In California, a cat who had been pestering their owner to get in their car was less than impressed when his wish was granted, acting startled when they actually did 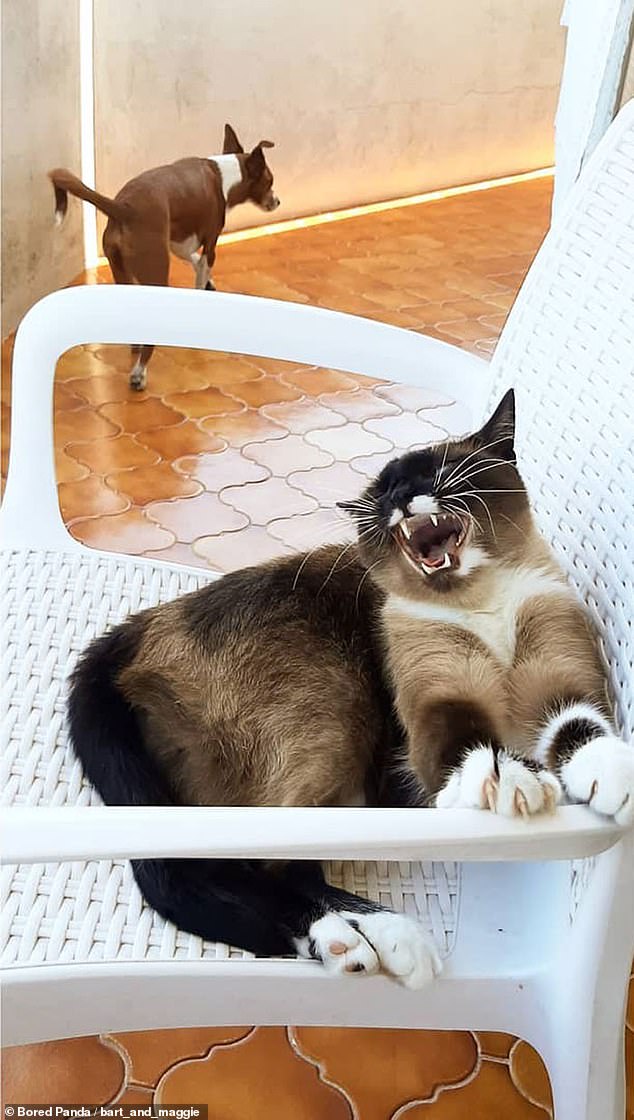 I’m the boss! This Portuguese mastermind had a good laugh after stealing the outdoor chair from the family dog  – who walked off deflated