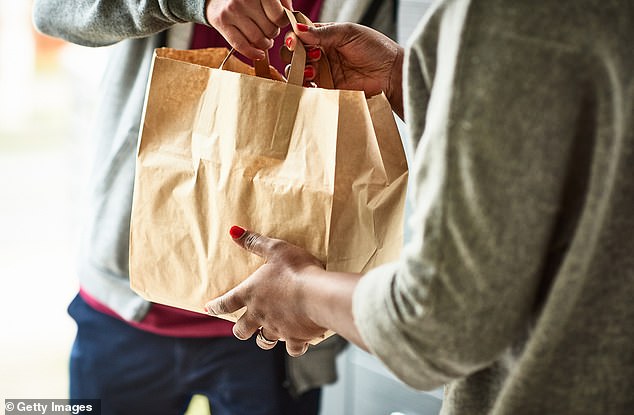 Food delivery firm Just Eat Takeaway has said the costs of its merger and the proposed purchase of Grubhub caused its losses to jump despite a surge in customer orders.

The company saw its total losses climb from €27million in the first half of 2019 to €158million (£140million) in the respective period this year even though it received 60 million more takeout orders.

It put the increasing losses down to the one-off charges related to the creation of the business from the amalgamation of Just Eat and Takeaway.com, and the agreement to buy its US rival Grubhub.

Putting the costs of the takeovers aside, the FTSE 100 group registered adjusted profits of €177million from January to the end of June. This was an increase of just over €100million from the prior year, thanks to the boom in sales.

Revenues shot up 44 per cent to pass €1billion as the closure of restaurants due to lockdown restrictions encouraged more consumers across the world to order 257 million meals.

In the UK, the firm’s largest market, sales climbed above €303million due to a 12 million rise in bookings, while in Canada, it rose by nearly 50 per cent to €228million on 14 million extra deliveries. 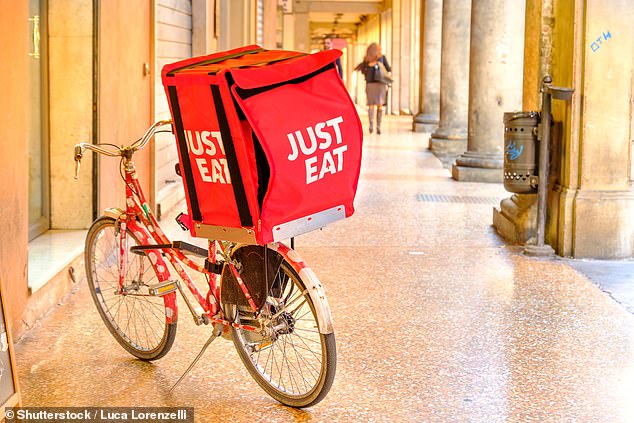 However, in Germany, sales doubled to €161million as deliveries growing by three-quarters, which Just Eat wrote was down to more families and households making higher average value orders using its German subsidiary Lieferando.de.

Chief executive Jitse Groen said it is performing ‘particularly strongly’ in a majority of the countries in which it operates, and is in a ‘fortunate position to benefit from continuing tailwinds.’

He added that he was ‘convinced’ the company’s growth ‘will remain strong’ for the rest of 2020 and declared that Just Eat’s businesses ‘have healthy gross margins, and all our segments are adjusted EBITDA positive.’

Russ Mould, an investment analyst at AJ Bell, remarked that the future success of the company will depend heavily on how the Covid-19 disease impacts people going out for dinner.

‘People may take time to get used to frequenting restaurants again, particularly while restrictions are in place,’ he said. Last week, the UK government launched the Eat Out to Help Out scheme to try and encourage people to eat-in at hospitality venues.

Under the programme, customers visiting certain pubs, restaurants and bars from Monday to Wednesday this month are entitled to a 50 per cent discount on food and soft drinks. Deductions are capped at £10 per person per meal. 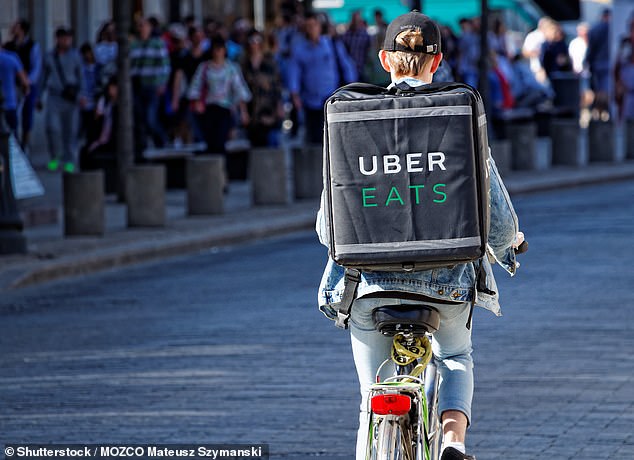 Uber Eats was initially set to buy Grubhub, but the US government expressed concerns that such a deal would create a de facto duopoly in the online American food delivery market

Mould also warned that Amazon’s investment in Deliveroo, which was just approved by the UK’s competition body, the Competition & Markets Authority, could represent a major challenge for Just Eat going forward.

‘The company’s acquisition drive reflects the pressure it feels in an extremely competitive marketplace – one that includes Deliveroo and Uber Eats.

‘Deliveroo casts a particularly large shadow thanks to Amazon’s plan to take a stake in the business – though this remains subject to approval by the competition authorities. 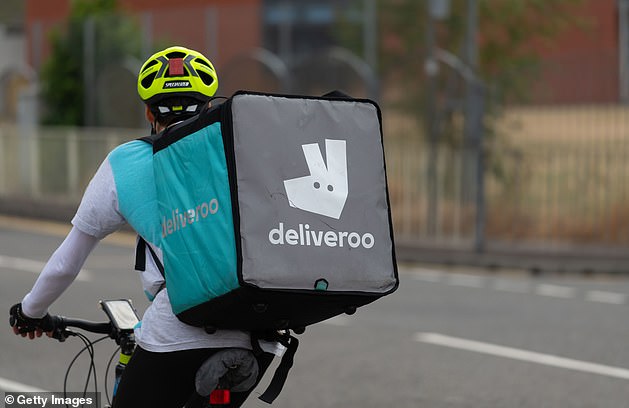 Russ Mould, AJ Bell warns that Just Eat Takeaway could face stiff competition from Deliveroo, especially as Amazon has been given approval by regulators to purchase a stake in the firm

‘Typically Amazon parking its tanks on the lawn in a market is bad news for the competition.’

Just Eat Takeaway expects to formally complete its purchase of Grubhub early next year. The initial £5.75billion deal was agreed in June and is now awaiting the green light from regulators and shareholders.

It beat Uber Eats in the race to buy the Chicago-based firm after the US government expressed concerns that such a deal would create a de facto duopoly in the online American food delivery market.

According to data analytics platform Second Measure, Uber Eats, Grubhub and DoorDash accounted for over 90 per cent of meal delivery sales in the United States in June. 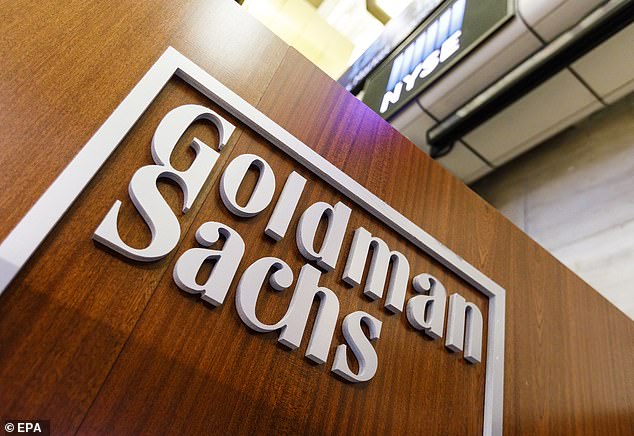 Ex-Goldman analyst faces charges over insider trades with his brother 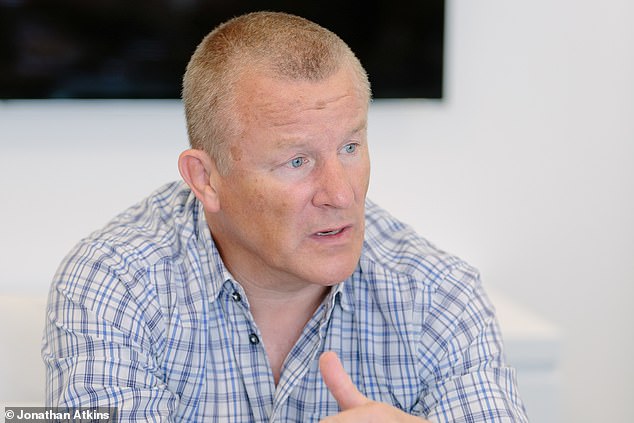 FCA under fire from MPs over slow Woodford probe 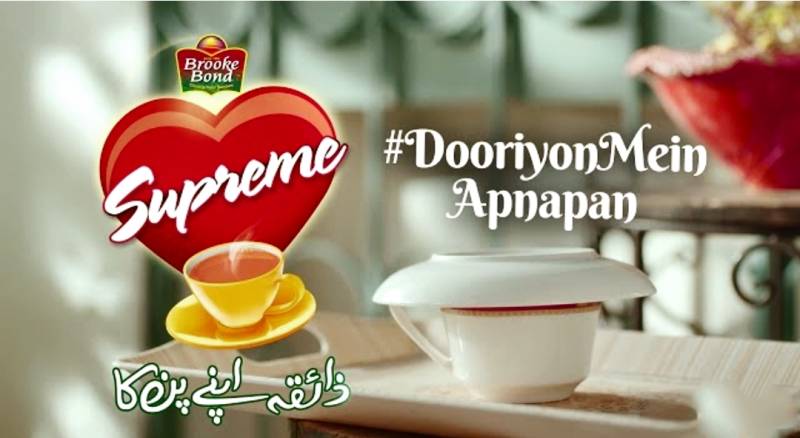 Brooke Bond Supreme’s new TVC Reminds us of the Importance of Kindness in these difficult times!