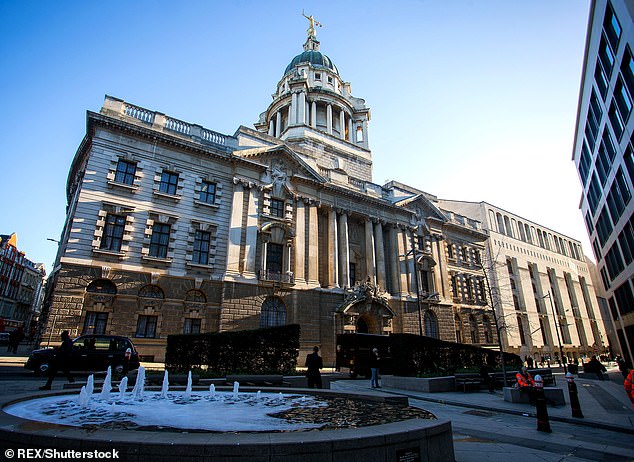 Police were tonight accused of turning their backs on crime victims after the proportion of suspects hauled before the courts tumbled.

In a damning indictment of ‘Wild West Britain’, fewer than one in 14 crimes end up with a charge or summons, according to Home Office figures.

It means hundreds of thousands of criminals – including killers, rapists, violent thugs, burglars and drug dealers – are avoiding justice.

In the year to March, only 7 per cent of suspects were ordered before a judge – down from 17.2 per cent six years ago.

The figures were condemned as ‘shocking’ by campaigners, and they will fuel concerns about rising lawlessness, with criminals emboldened to commit offences without fear of punishment.

Of five million crimes processed in England and Wales, only 350,800 suspects were instructed to attend court.

It came as separate grim statistics revealed that overall crime reported to the police rose to a 16-year high of 5.8 million – an average of one offence every five seconds.

It meant there were an extra 150,519 offences compared with the same period last year, according to the Office for National Statistics (ONS).

Amid mounting public disquiet, knife crime soared 6 per cent to a record 46,265 offences. That excluded Greater Manchester, so the true figure is even higher.

And there was a 7 per cent surge in violence against the person, to almost 1.7 million offences, the highest since the National Crime Recording Standard was introduced in April 2002.

However, overall crime fell in March as ministers imposed restrictions to tackle the coronavirus crisis. In the first official insight into the effect of the pandemic on offending, the ONS said police recorded 379,000 crimes in the month – down 5 per cent on February and 11 per cent on March 2019.

The revelation that only 7 per cent of suspects are charged will further harm faith in the police at a time when officers are under fire for failing to attend many crime scenes. 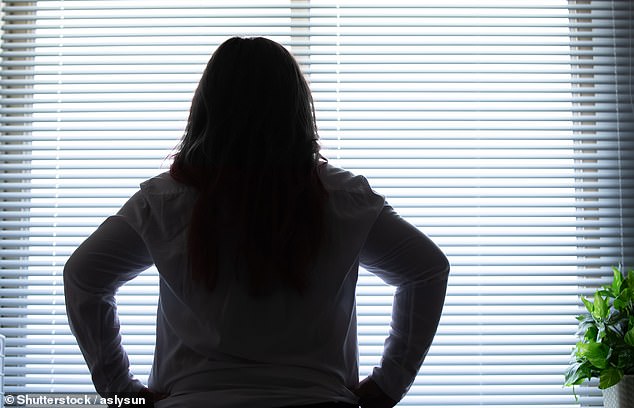 Just 1.4 per cent of rape offences recorded by police leading to prosecution with the crime being the lowest charging rate, according to the Home Office figures (file photo)

Officials say the rise in crime is partly because victims were more willing to report attacks, while police recording practices have improved.

But criminologists suggest it could be due to factors, such as gang culture and police focusing on other investigations such as historic sex crimes.

David Spencer, of the Centre for Crime Prevention think-tank, said: ‘These statistics are truly shocking and will scare a great many law-abiding citizens up and down the country.

‘Right now, the odds of you even getting arrested, never mind appearing in court and ending up in prison, are so remote as to send a clear message that crime usually does pay.

‘This has to change. Priti Patel has made much of her determination to be tough on crime. It is vital that she now follows up her words with actions.’

Former soldier, 25, injured in road-rage attack tracked down CCTV video of his assailants – but police refused to interview him because it ‘wasn’t a high-priority’ 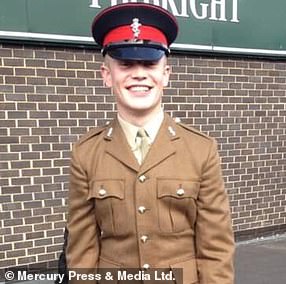 A FORMER soldier injured in a road-rage attack tracked down CCTV footage of his assailants – only for police to refuse to interview him because it ‘wasn’t a high-priority case’.

Lewis Eames was left with a black eye after being punched by two men in Stockport last July. He said he called police but was told they could do nothing without the suspects’ vehicle registration number.

So Mr Eames tracked down CCTV footage from three separate sources – two pubs and an undertaker’s – of the men and their VW Tiguan. He also spoke to three witnesses and informed police of his detective work – even driving to a forensics centre so his car could be checked for fingerprints.

But Greater Manchester Police told the 25-year-old the incident was not being investigated as a priority.

Labour’s Yvette Cooper, chairman of the home affairs committee, said: ‘How can public confidence in the criminal justice system be sustained if fewer crimes are being dealt with and solved each year?’

Figures from the Crime Survey for England and Wales, which looks at people’s experiences of crime and includes incidents not reported to police, found offending fell 9 per cent to 10.2 million.

The Association of Police and Crime Commissioners said: ‘While we know that an increase in recorded crime is influenced by improvements in reporting practices, we know that we need to work tirelessly to reduce all types of crime.’

Home Secretary Mrs Patel said the Government was injecting an extra £1.1 billion in policing in 2020-21 and recruiting 20,000 additional officers.

She said: ‘Protecting the public is my No 1 priority, so it is extremely encouraging to see a further fall in crime [in the Crime Survey].’

She added: ‘This is a step in the right direction, but there will be no let-up in our relentless pursuit of criminals so that we can deliver justice for victims.’

Knife crime has rocketed to a record high, with one attack using a blade or sharp weapon reported every 11 minutes.

In the year to March, knife incidents soared six per cent to 46,265, or 126 a day. That excluded Greater Manchester, so the true figure is even higher.

The total included 256 killings. In London there was a 28 per cent rise to 86 men, women and children stabbed to death.

The city’s Labour mayor Sadiq Khan has been accused of failing to tackle violence. The rise has led to calls for greater use of police stop and search tactics, more bobbies and a crackdown on social media promoting gang violence.

Police believe the increase is partially driven by the spread of ‘county lines’ drug gangs.

Javed Khan, of Barnardo’s, said too many youngsters had no job prospects and no role models, making them vulnerable to gangs who force them to carry drugs and knives. 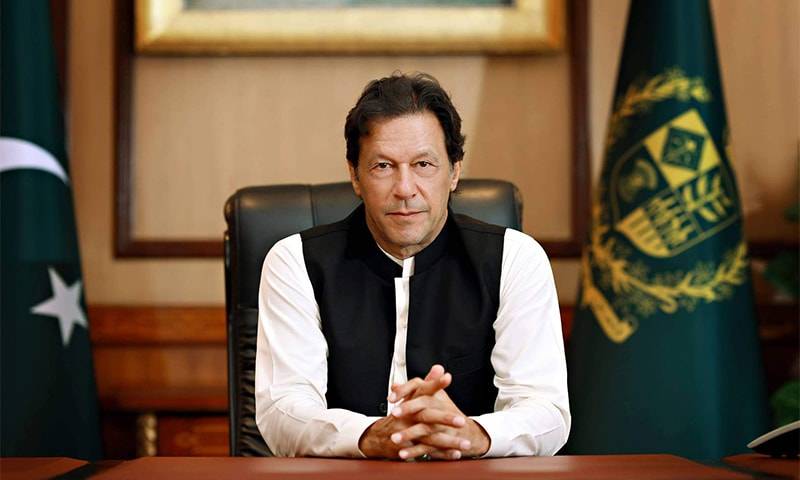 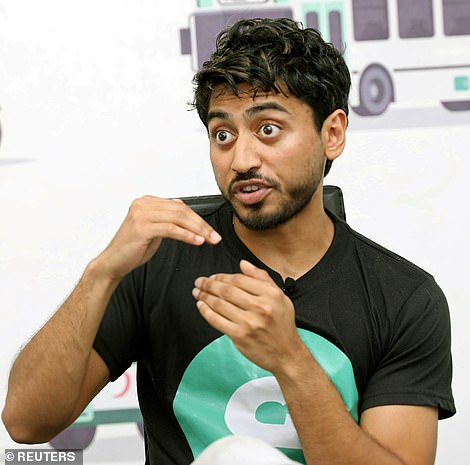 Was tech millionaire murdered and dismembered by an employee? NYPD hunts person of interest 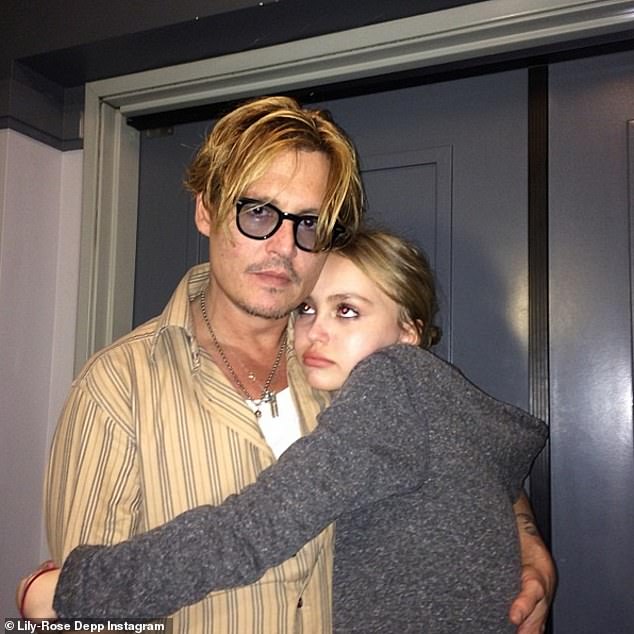