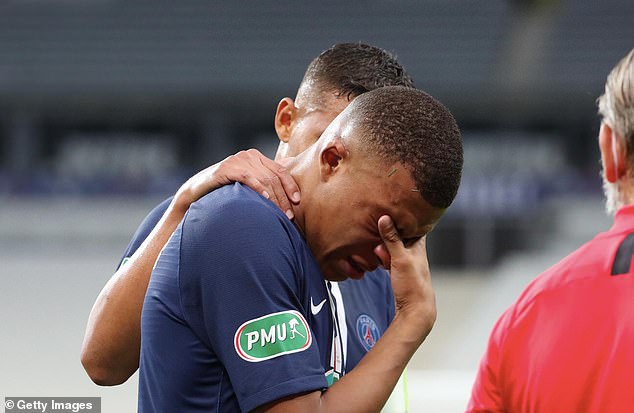 Paris Saint-Germain forward Kylian Mbappe explained that he ‘heard his ankle crack’ after he was on the end of a horror tackle from Loic Perrin in the Coupe de France final on Friday.

The 21-year-old left the pitch in tears after he was subject to a nasty challenge that prompted a mass brawl on the pitch as Perrin was red carded and six yellow cards were brandished.

PSG claimed their 13th French Cup thanks for a first-half goal from Neymar before Saint Etienne were reduced to ten men. 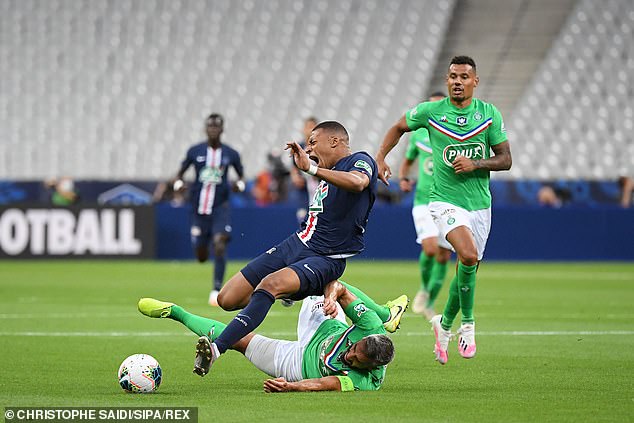 Mbappe left the match and was part of the celebrations on crutches to create a sight that has struck fear into the Paris faithful.

The French forward was overheard speaking with France president Emmanuel Macron after the match, according to the Sun, as Macron asked him about the injury.

Mbappe replied: ‘It cracked a bit.’

After Macron asked if he had broken his ankle, Mbappe replied: ‘It’s broken, you think? No I don’t think so.’ 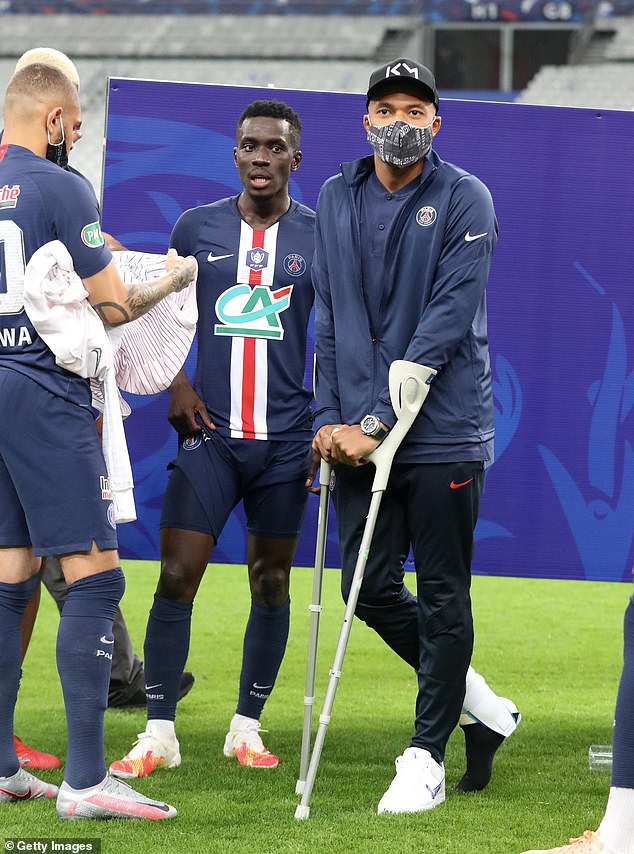 Mbappe returned to the pitch for the celebrations on crutches, much to PSG fan fears

Despite being in tears the night before, Mbappe posted an image to Twitter the following day of him smiling and wrote: ‘Awakening as a winner, no better feeling possible. Thank you all for your messages, it touches me a lot. Kisses to all and have a good weekend.’

Plenty of messages flooded in for the PSG star, including one from Manchester United striker Marcus Rashford, who said: ‘Feel better bro!’

The injury now leaves the France international in a race against time ahead of the Champions League restart in August.

The Ligue 1 champions are set to face surprise package of the tournament Atalanta next month as they continue to search for their first Champions League triumph under the new regime. 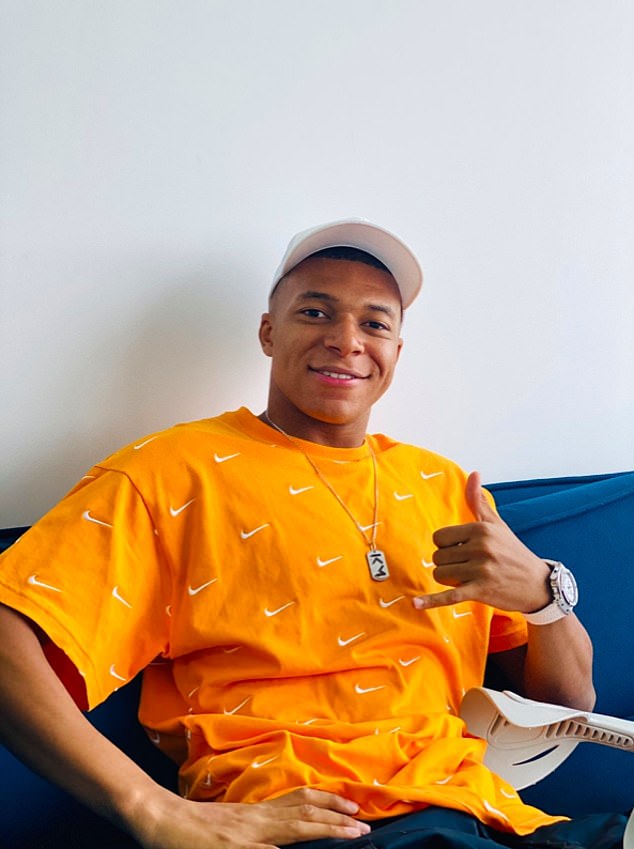 PSG boss Thomas Tuchel was left fuming after the tackle and took aim at Claude Puel’s side as he hinted that they purposefully tried to take his star man out on previous occasions.

He said: ‘We won, in a final, that’s the most important thing. It was very difficult. We won but we have a lot of things to improve.

‘Aside from that, there were situations with Thilo (Kehrer), Neymar and Kylian Mbappe and that costs us dearly. We have to wait. I don’t have news on Kylian Mbappe.

‘This season, we have played three times against St-Etienne, there have been three red cards. And each time, they happen in the first 30 minutes, not at the end of the match when they are tired.

‘Today, it started with Ney and finished with Kylian. Aside from that, we got handed three cards for their foul (Perrin red card)! I really cannot understand that.’ 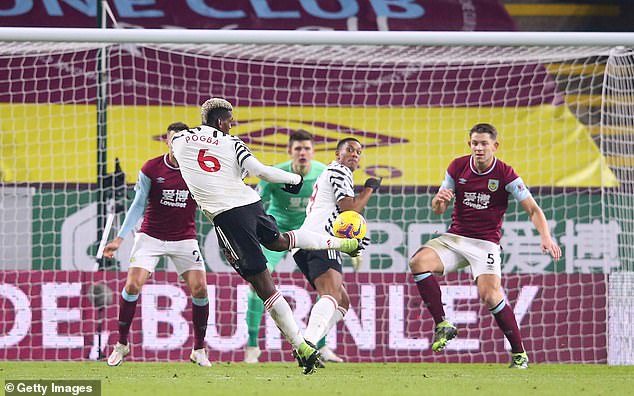 Paul Pogba calls on Manchester United to ‘focus until the end’ 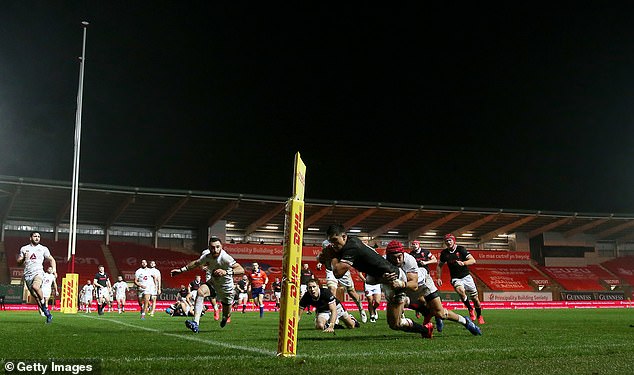 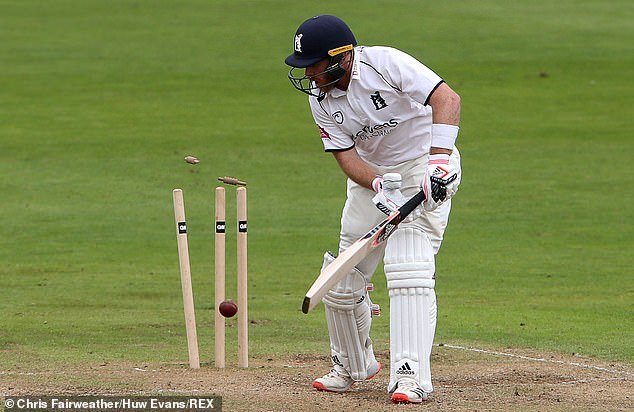