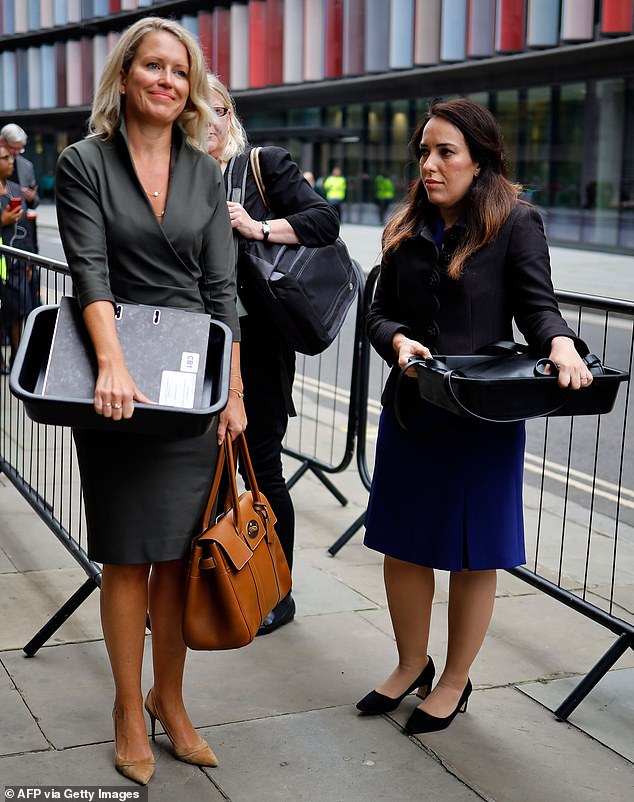 Jennifer Robinson is the go-to barrister for the rich and famous, most recently walking hand in hand with actress Amber Heard in her showdown against her ex-husband Johnny Depp in his acrimonious libel trial.

She counts the Hollywood elite among her inner circle, acting as Amal Clooney‘s bridesmaid and travelling to her wedding to George on a speedboat with actor Bill Murray.

A self-confessed Kyle Minogue fan, who has ‘nothing in her fridge but Champagne’ , the human rights lawyer once set headlines alight after she was spotted canoodling with Jeremy Corbyn‘s former spin doctor, Seumas Milne.

Ms Robinson, 39, and Mr Milne – a then-married father-of-two – were photographed in a passionate embrace on the terrace of the Courthouse hotel in East London in 2017.

Ms Robinson, who came from humble beginnings in Australia, has been known to use her social media as an outlet to criticise the Tories on their human rights record and tweet support for Corbyn.

One of the country’s brightest legal minds, her skilled advocacy is now being pitted against US prosecutors as Assange fights extradition. 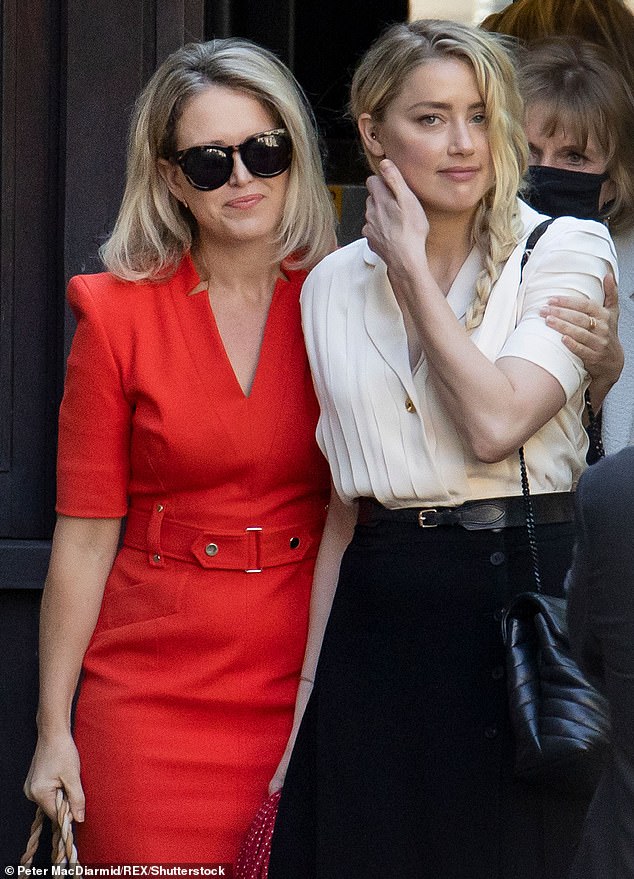 Team Heard: The top lawyer was an observer in Heard’s case, which saw Depp hit with 14 allegations of domestic violence, claims he defending during the three days of testimony 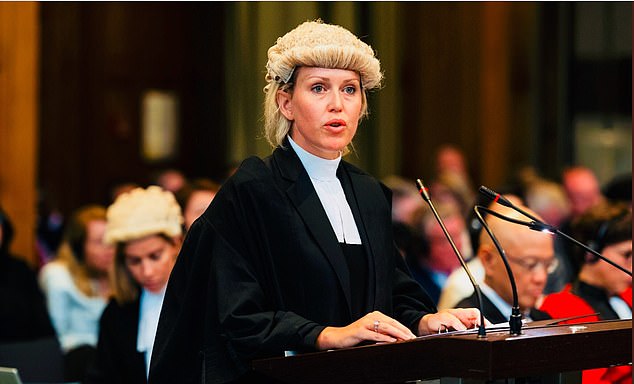 Ms Robinson at the International Court of Justice in September 2018, at the Chagos Islands proceedings 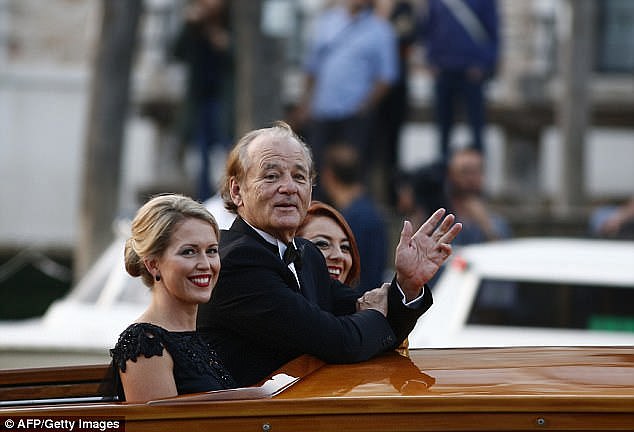 In 2014, the 39-year-old was carried to the Clooneys’ star-studded Venetian wedding in a boat with Bill Murray and asked to carry out bridesmaid’s duties 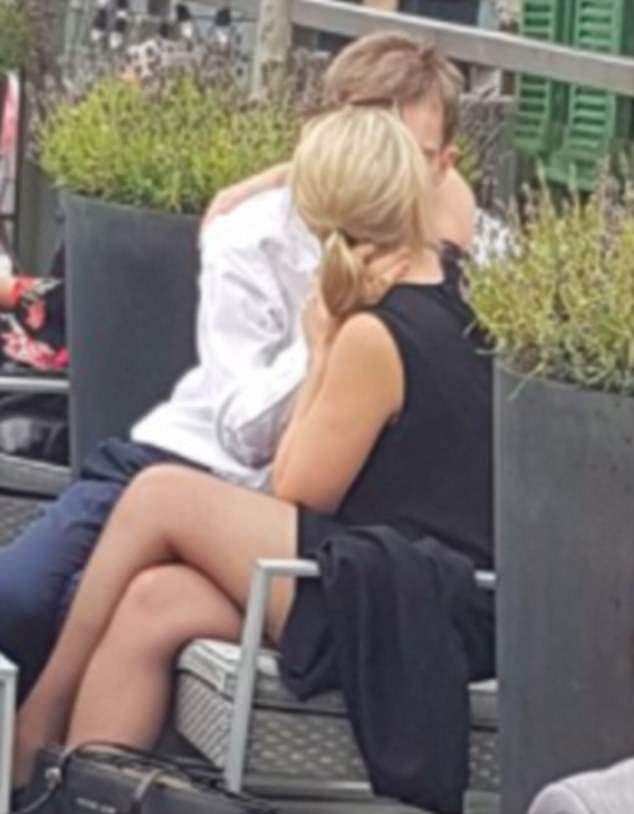 In 2017, she was seen canoodling with Jeremy Corbyn’s former henchman Seumas Milne, who married at the time

Ms Robinson, who works from the respected Doughty Chambers in London, has represented Assange for some 10 years.

In 2019, she was named international pro bono barrister of the year and prior to lockdown, was pictured at events with Prince Charles and Cherie Blair.

She is often seen in photos with her hair flawless, stilettos and pencil dress on as she strides into court beside her high-profile client.

Most recently she supported Amber Heard during the Johnny Depp’s libel case against The Sun newspaper in London in July.

Amal Clooney, her coworker at Doughty Street Chambers, asked Ms Robinson to act as bridesmaid at her nuptials to film star George in Venice in 2014.

In 2017, she hit headlines when she was pictured canoodling with Jeremy Corbyn’s former henchman Seumas Milne – with her father later telling MailOnline that his daughter was just enjoying a night out and a ‘few drinks’ with a friend.

Her father, horse trainer Terry, insisted his daughter has been in a ‘few relationships’ but dismissed suggestions that she was having an affair with the married father-of-two.

In 2011 she gave an interview about her private life and described herself as ‘passionate’ and ‘infinitely curious’, and said: ‘My friends would probably add, ”the eternal optimist” or ”a bit bonkers”.’

When asked about her favourite music she said: ‘I still love Kylie Minogue – this began at age five and persists today’.

Asked about the contents of her London fridge she joked: ‘Nothing but a few bottles of champagne (and maybe a mouldy piece of cheese)’ because she eats out so often.

She replied, ‘Jude’ when asked: ‘What comes into your mind when you shut your eyes and think of the word ‘law’?’.

She has also worked with Cherie Blair to defend Marsha Lazareva, a prominent businesswoman held in Kuwait on ‘false charges of money laundering and embezzlement’.

Ms Robinson grew up in the small town of Berry, NSW, Australia, where her father is a celebrated racehorse trainer and her mother works as a teacher.

She graduated with a double degree in law and Asian studies from the Australian National University, and is fluent in Indonesian.

She later became a Rhodes Scholar at Oxford University, attending Balliol College and graduating with a Bachelor of Civil Law with Distinction and a Master of Philosophy in International Public Law. 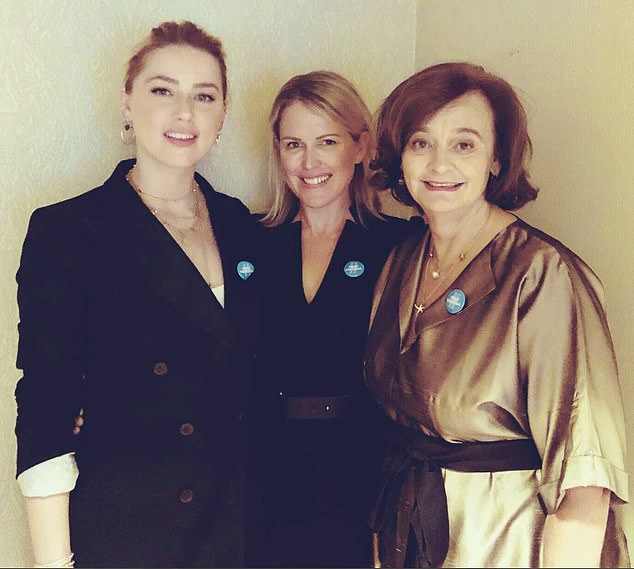 Ms Robinson (centre, with Amber Heard, left, and Cherie Blair, right (in September 2019) as she took the case of Marsha Lazareva – imprisoned in Kuwait for over a year on false charges – to the United Nations 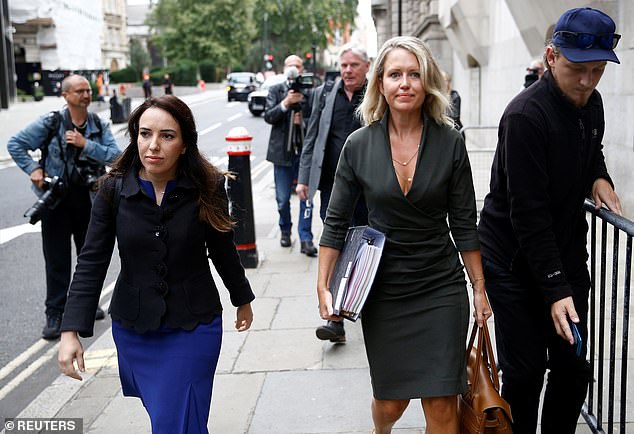 Ms Robinson, arriving at court today, has become one of the UK’s highest profile human rights and media lawyers, working in the practice established by Geoffrey Robertson 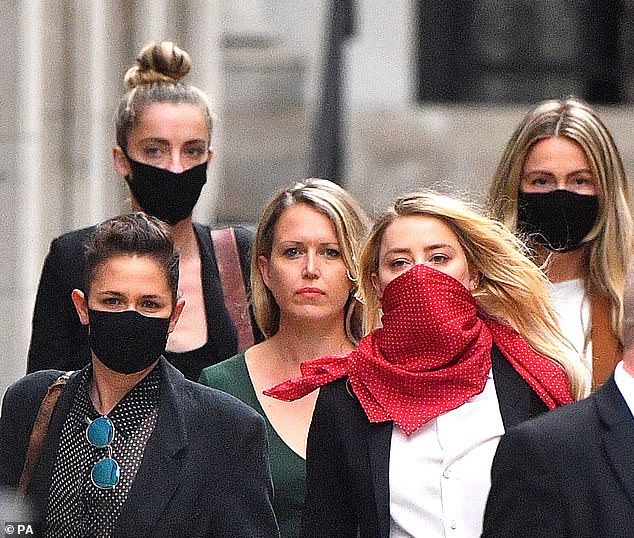 Ms Robinson (centre) was pictured accompanying Johnny Depp’s ex-wife Amber Heard (second from the right) into the High Court in London on July 9. Ms Heard was also joined by her partner Bianca Butti (left) and her sister Whitney (top left)

She previously worked at London law firm Finers Stephens Innocent LLP and has gone on to become one of the UK’s most recognised human rights and media lawyers.

Her current firm was founded by another Australian-born ex-Rhodes Scholar Geoffrey Robertson QC, with whom she has worked with for more than six years.

Ms Robinson advises clients in international law, appeared in the International Court of Justice and has given expert evidence at the UN and in Parliament.

She has a particular focus on ‘free speech and civil liberties, advising media organisations, journalists and whistle-blowers on all aspects of media law’.

Having practised as a solicitor, Ms Robinson – known to Jen by friends and colleagues – also serves on the advisory board of the European Center for Constitutional and Human Rights.

‘I am proud that women from my chambers, like Jennifer and Amal Clooney, are proving that young women can rise high in the law and overcome the bars and sexism in what used to be a male-dominated profession,’ Mr Robertson told News Corp in July.

‘She is quite brilliant and has assisted me on those important cases and has done very well and is having a successful career working at my Chambers.’

Ms Robinson is also working for the independence of West Papua, a former Dutch colony. 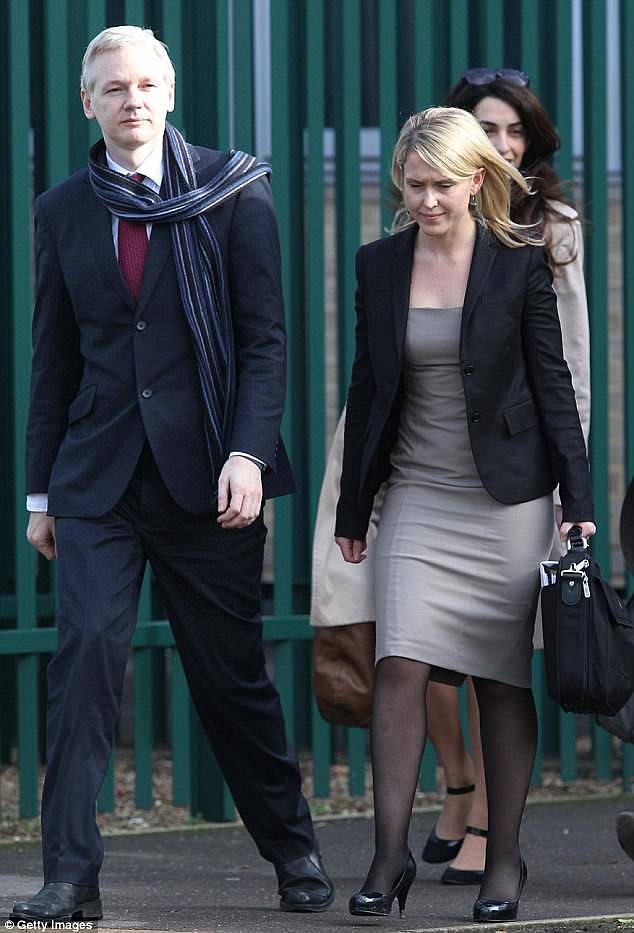 She told the Global Mail: ‘I can be very serious but I was being flip, taking the p***. I take my work very seriously but me less so. I am Australian, after all, and proudly so.’

While one of her brothers lives in the UK working in horse racing, the rest of her family is largely in Australia, where she has returned to lecture on law and mentor students.

Jill Appleton, her headteacher at Bomaderry High School said that she was ‘a lovely girl’ who was named the Berry Showgirl in 2000.

Organisers insist it is not a beauty pageant and say it finds young women to act as an ‘ambassador’ for the area in state and national show.

Today Assange was warned his extradition hearing will continue without him if he continues to speak from the dock.

The judge, Vanessa Baraitser, briefly adjourned proceedings at the Old Bailey after the 49-year-old interrupted the evidence of US human rights lawyer Clive Stafford Smith on Tuesday morning.

Assange has been held on remand in Belmarsh prison since last September after serving a 50-week jail sentence for breaching his bail conditions while he was in the Ecuadorian embassy in London for almost seven years.

On Monday, he was arrested in the cells at the Old Bailey over a new US indictment lodged in June, including 18 charges of plotting to hack computers and conspiring to obtain and disclose national defence information.

If convicted, he faces a maximum possible penalty of 175 years in jail.

The hearing, which is expected to last for around four weeks, continues.