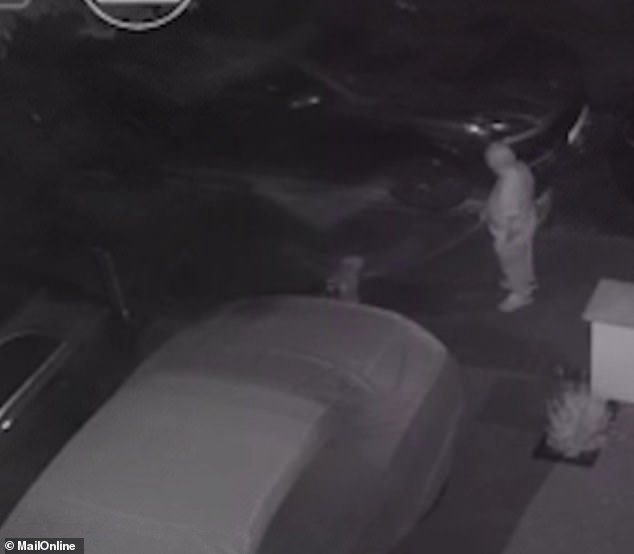 This is the shocking moment a vandal delibrately scratched an £80,000 Porsche Cayenne before leaving an abusive note blaming its driver for ‘splashing’ his dog while out walking in the rain.

CCTV captured the man deliberately scratching the new luxury car after seeking out the owner for the minor accident in a downpour.

The vandal dragged a sharp object down both sides of the vehicle causing £10,000 worth of damage and left an abusive note that read: ‘Thank you for splashing me and my dog, you ****.‘

The car owner has reported the attack to police but has been left shocked by the senseless vandalism.

The vandal dragged a sharp object down both sides of the vehicle and left an abusive note that read: ‘Thank you for splashing me and my dog, you ****’ 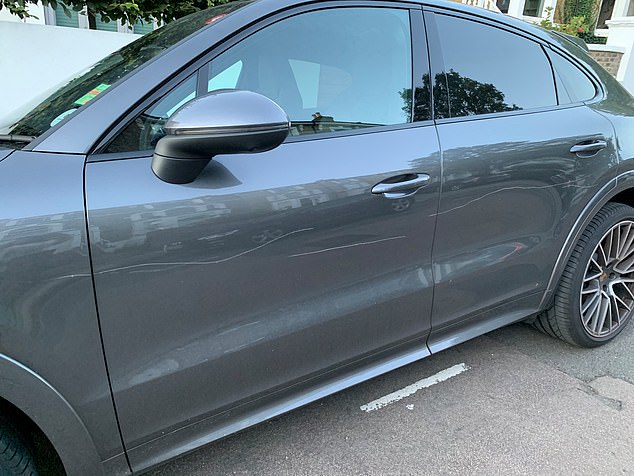 The Porsche is thought to have suffered up to £10,000 worth of damage after both sides were scratched last Thursday

He said: ‘I honestly do not remember splashing anyone who was walking their dog as I drove home. If I did by accident I would apologise there was no intention. It was raining but I was just on my way home like any other day.

‘But to do so much damage to a car is just wrong. This man has to be caught before he does anything worse. Why would someone be so angry and nasty.’

CCTV cameras outside the car owner’s home in the affluent suburb of Richmond, Surrey, caught the vandal in the early hours of the morning deliberately dragging a key or screwdriver down one side of the Porsche Cayenne S.

With his small dog on a lead and following behind he then walks round the car and scratches the other side.

Another video captures him walking up the garden path and leaving a note on the front door with the vile message.

The victim, who asked not to be named, said he had no idea his new car had been vandalised until watching his home security CCTV.

He said: ‘I drove home from work and I remember it was raining, but I wasn’t going very fast.

Richmond has a 20mph limit on all the roads and in traffic I could not have been going so fast to splash anyone. I parked the car outside my home and went inside. 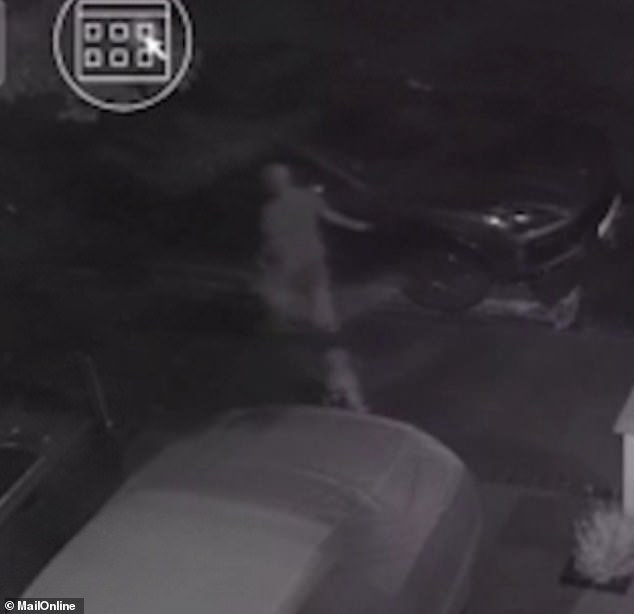 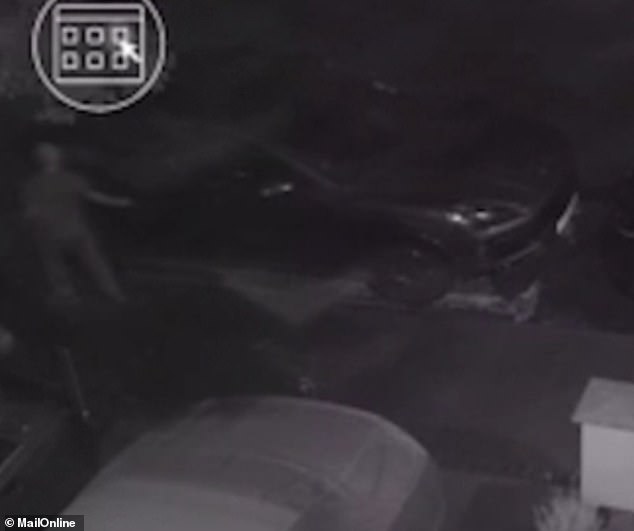 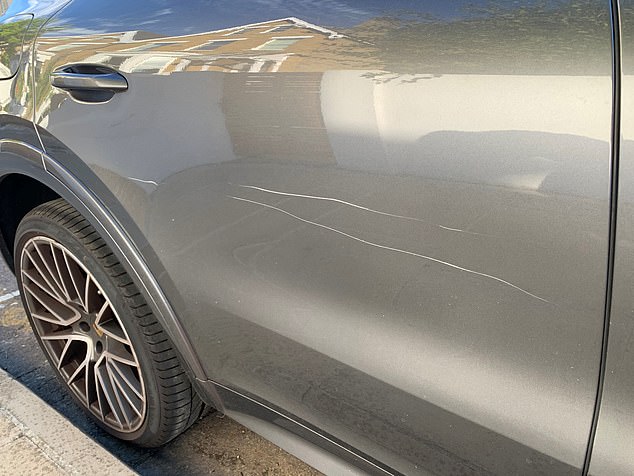 ‘The following morning I got up for a run and found the note. I read it and threw it away.

‘It was then I saw the long scratches down both sides of the car. I had only bought the Porsche a few months ago when we went into lockdown and it has less than 1,000 miles on the clock. The scratches are very deep.

‘My wife and I could not believe what we saw when we played the CCTV. 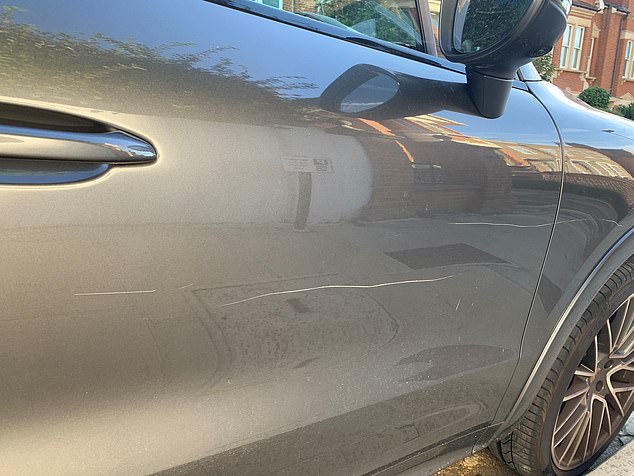 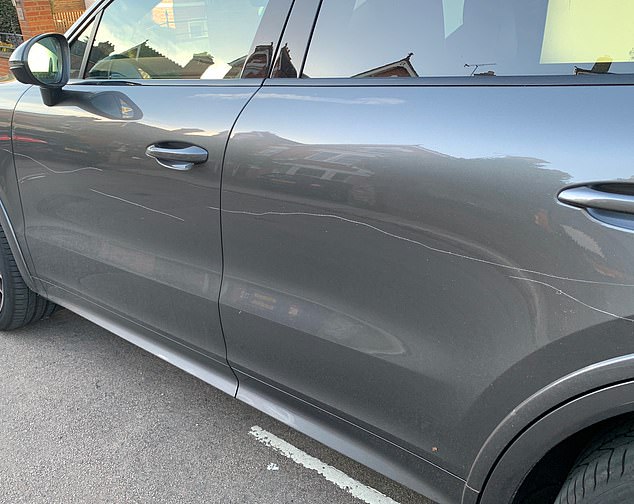 The car owner, who works in the oil and gas industry, has since reported the damage to police

‘If the man had knocked on my door and complained about being splashed I would have apologised immediately. There was not need to vandalise my car.’

The car owner, who works in the oil and gas industry, reported the damage to police.

His wife posted the CCTV to a local neighbourhood watch site and several people have contacted her to say they recognise the man responsible.

‘He must live very close as he was walking his dog at 1am and had seen my car before, said the victim. 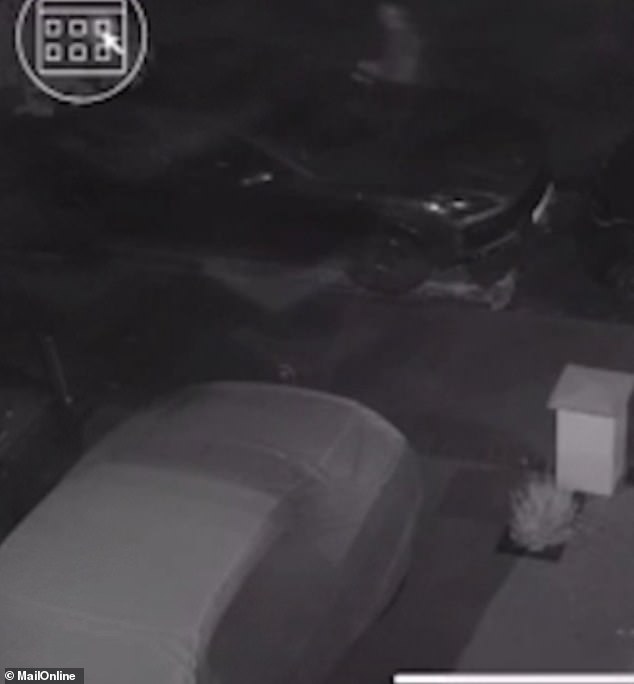 The walker can then been seen on the passenger’s side of the car, before returning to the pavement

‘What is most worrying is that he has waited six hours to come back and vandalise my car.

‘What does that tell you about him. He should be arrested and charged with a crime.’

The victim’s wife believes the attack could also be out of jealousy and has left her feeling ‘vulnerable’.

She said:’ My husband says he did not splash anyone walking their dog. Either the man got the wrong person or it is just jealousy, It is worrying that he knows where we live.

‘We have released the CCTV in the hope that someone recognises him and he is arrested.’ 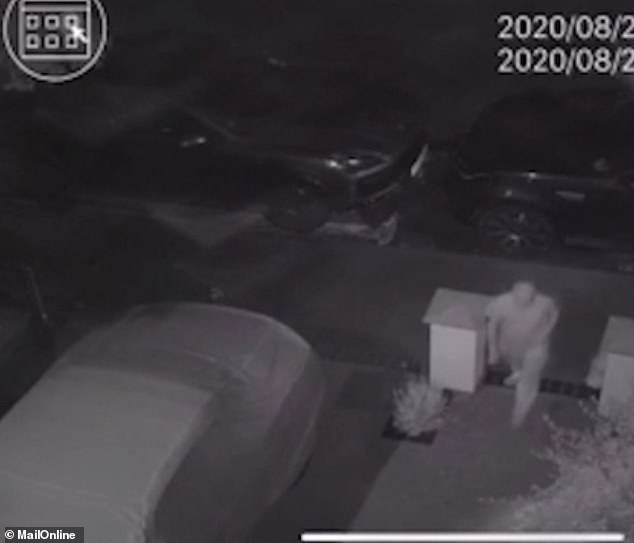 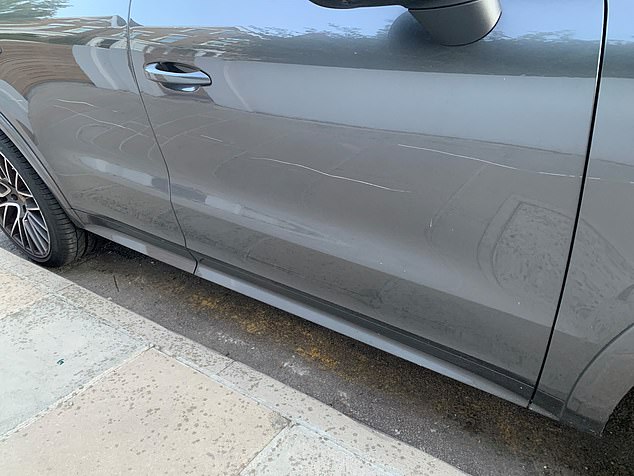 The borough of Richmond is one of the wealthiest suburbs of London and the road where the vandalism took place is near where Rolling Stone Mick Jagger lived when he was married to Jerry Hall.

Actor Tom Hardy lives nearby and Hollywood star Angeline Jolie rents a home in the leafy suburb while filming in the UK.

The Met Police have been contacted for a comment.