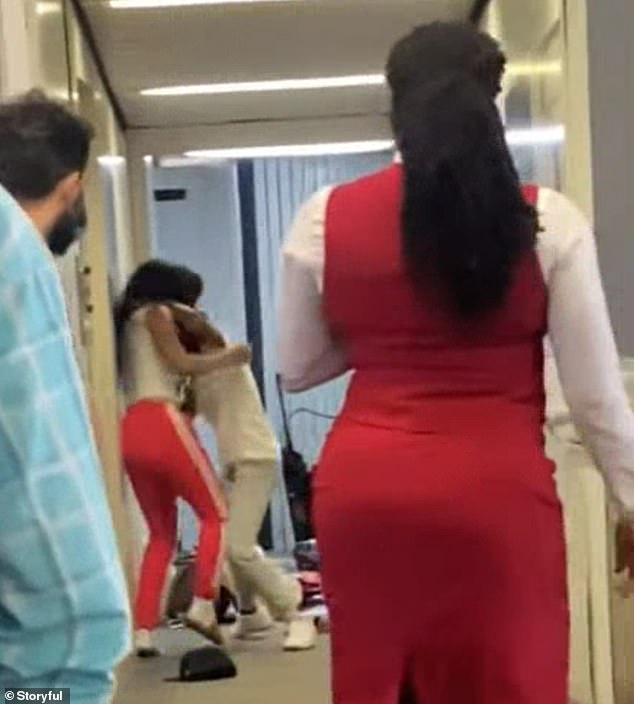 By Marlene Lenthang For Dailymail.com

A flight was delayed at LaGuardia airport this weekend when two young women, who are believed to be related, got into a heated brawl on the jet bridge.

The incident took place on Sunday at the busy New York City airport where a Delta flight was boarding passengers preparing for a departure.

But the flight was delayed by 40 minutes when two unruly passengers started to throw punches.

Passenger Destiny Davis took video of the moment two young women started to hit each other and beat each other on the ground. 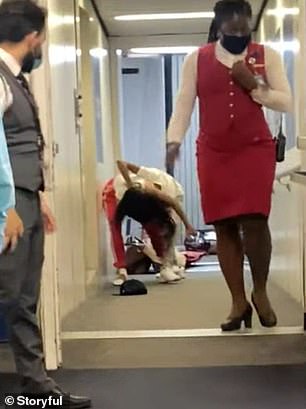 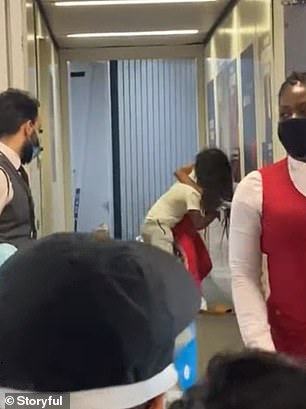 In the shocking clip a concerned flight attendant is seen calling for back up saying, ‘They’re fighting’, as a crowd gathers to watch the brutal beat down

In the shocking clip a concerned flight attendant is seen calling for back up saying, ‘They’re fighting’, as a crowd gathers to watch.

The two young women are seen hitting each other in the head and one throws the other against the wall before they both fall down on the ground.

A young woman in gray sweat pants lands on top of a woman in pink pants and punches her repeatedly.

Someone in the background is heard saying, ‘Come get Aaliyah, she’s fighting.’

Then a woman in white pushes through the crowd of people watching the vicious fight and walks towards the pair shouting ‘Aaliyah! Stop, stop! A man rushes behind her to help separate the two. 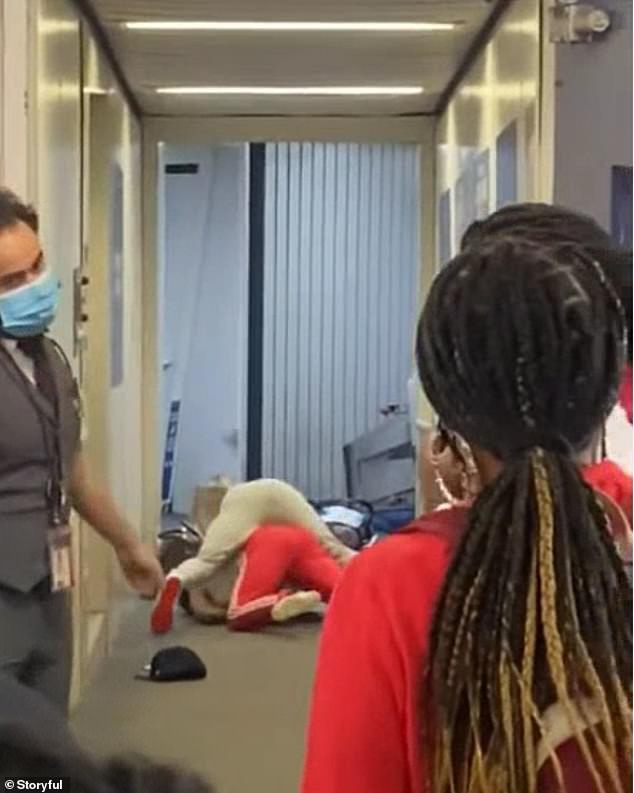 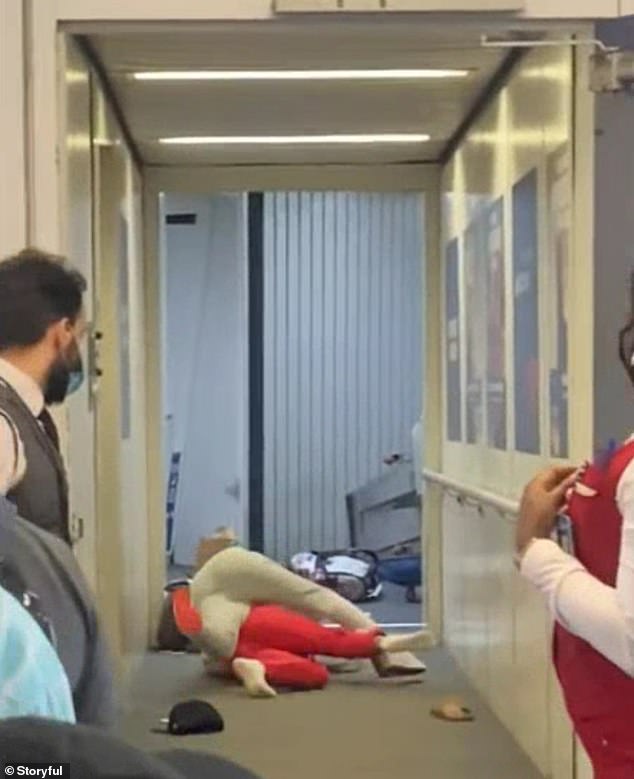 At one point in the video someone is heard saying, ‘Come get Aaliyah, she’s fighting’ 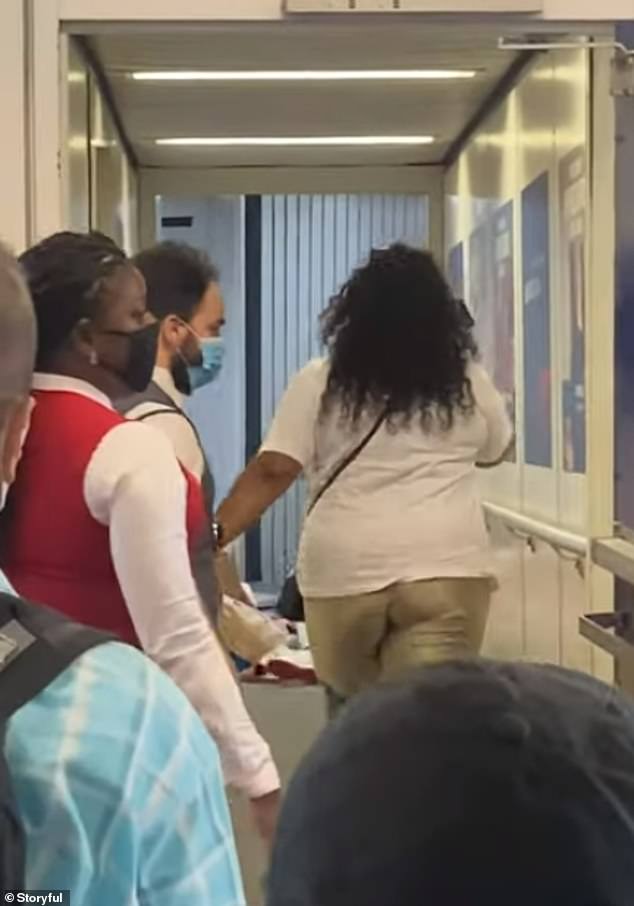 Davis says the fighting duo were related, ‘either cousins or sisters.’

‘Once they started to fight, there was little intervention and the police took a while to show up to our gate,’ Davis said.

‘They led them out in a peaceful manner but the plane was delayed by almost 30 to 40 minutes and we had to wait for them to find the luggage of the two passengers before leaving,’ she added.

DailyMail.com has reached out to Delta for comment on the incident. 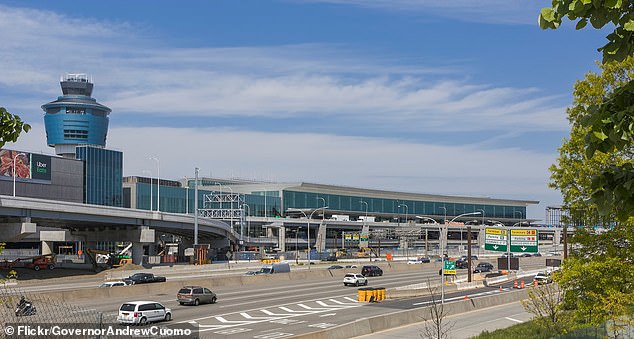