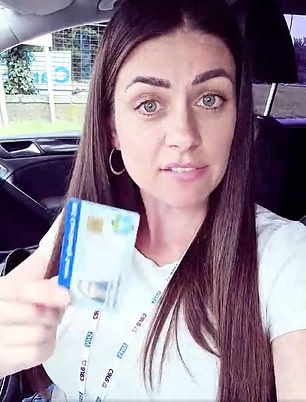 ‘Our service was dead’: NHS worker under investigation after claiming coronavirus is ‘a load of b*****ks’ and admitting she did ‘f*** all’ during the pandemic

An NHS worker who admitted she did ‘f*** all’ during the pandemic and claimed coronavirus was a ‘load of b******s’ is now being investigated.

Care UK employee Louise Hampton, who yesterday rallied in London with 10,000 other anti-lockdown protesters, said that ‘our service was dead.’

Ms Hampton’s stark message comes amid rising fears over a backlog of millions of cancer screenings and other operations which have been delayed by the pandemic. 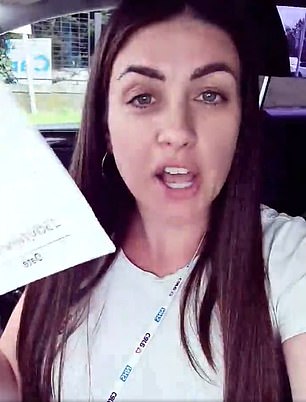 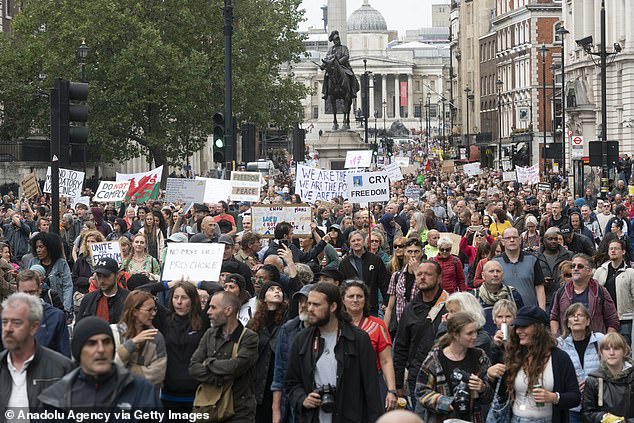 Ms Hampton has since posted a selfie while on the way to London to join more than 10,000 anti-lockdown protesters who believe coronavirus is a hoax at the ‘Unite for Freedom’ rally on Saturday (pictured:  Protesters march towards Westminster from Trafalgar Square during a demonstration organised by a group called ‘Stand Up X’, in London on Saturday)

In the clip posted to Ms Hampton’s Facebook page, she said: ‘I’m an actual NHS worker and apparently I worked really hard during Covid. Did I b*****ks. That’s why it’s a certificate of b*****ks.

Ms Hampton posted a selfie yesterday as she headed to London to join more than 10,000 anti-lockdown protesters at the ‘Unite for Freedom’ rally.

At the event, demonstrators called for an ‘end to Government lies’ and the restoration of all freedoms as they marched past Downing Street towards the Houses of Parliament.

The day after posting her video, Ms Hampton posted saying she had received ‘so many messages of support’ from people, including NHS workers.

But she added: ‘A few people close to me have labelled me ”mental” and even said I need sectioning for my video!

‘Also I don’t deserve my children! However, if people want to believe the narrative that’s up to them. I will keep speaking my truth!!!’

Ms Hampton has made a series of posts online about the virus using the hashtags #Covid1984, #NWO, #SaveOurChildren, #Plandemic and #WeWillNotBeMuzzled. 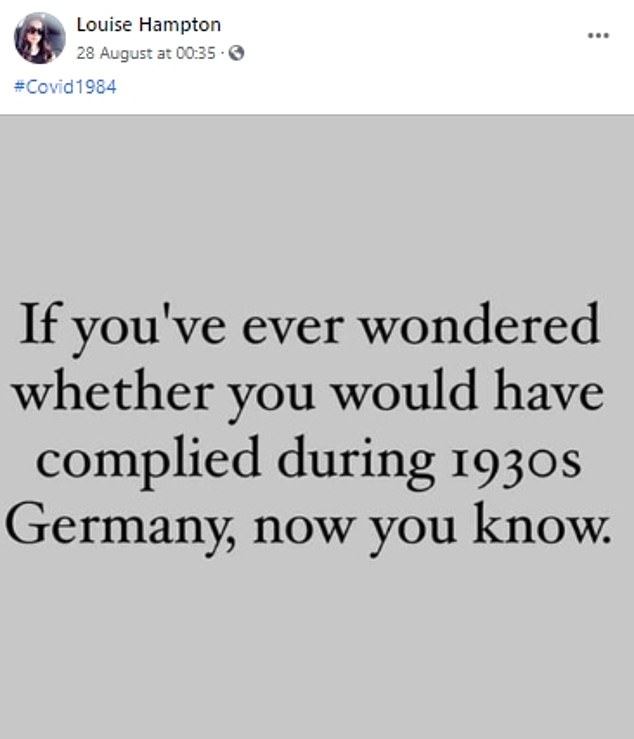 She also posted a meme which read: ‘If you’ve ever wondered whether you would have complied during 1930s Germany, now you know’

She also posted a meme which read: ‘If you’ve ever wondered whether you would have complied during 1930s Germany, now you know.’

A Care UK spokesman told MailOnline: ‘We are aware of this video, which we consider to be materially inaccurate in a number of ways, and can confirm that a member of staff is subject to investigation.

‘We expect all our colleagues and services to support the work of the NHS in giving the public the right information and support during the pandemic.

‘Our call centres were, in fact, exceptionally busy, handling a peak of 400% more calls than usual.

‘Our teams showed huge commitment and dedication in delivering the service, and we have rightly thanked them for the efforts they have made.’​​