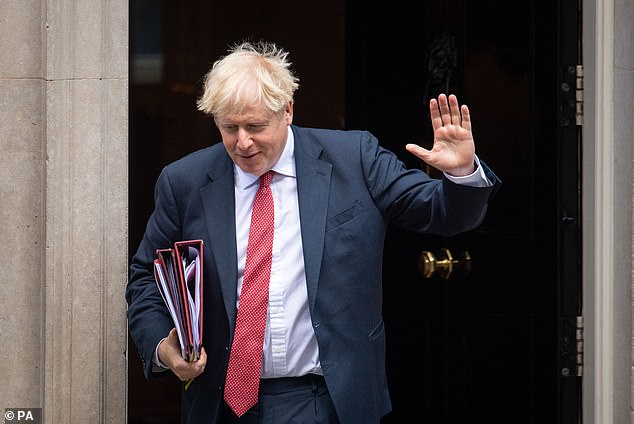 Downing Street today urges Brussels to ‘get real’ and accept Britain is an ‘independent country’ as Brexit talks restart and negotiations descend into acrimony amid warnings time is running out to do a deal.

Lord Frost, the UK’s chief negotiator with the EU, said the two sides ‘can no longer afford to go over well-trodden ground’ in the deadlocked discussions to secure a trade deal before the UK leaves at the end of the year.

He said: ‘We need to see more realism from the EU about our status as an independent country.’

The Prime Minister yesterday vowed ‘not to back down’ as his government prepares legislation to effectively override the Withdrawal Agreement thrashed out at the end of last year and its provisions for Northern Ireland.

And leaked diplomatic cables shows unease among European officials over the UK’s hardline stance, suspecting Johnson of holding off on a compromise until the last minute to secure a compromise more advantageous to Britain.

Boris Johnson has led the UK’s hardline stance on Brexit, as a fresh round of negotiations resumes today

The UK government is pushing through legislation that could effectively override the Withdrawal Agreement thrashed out at the end of last year.

The laws will unilaterally resolve crucial issues in the Northern Ireland protocol – including deciding what goods require customs checks between mainland Britain and the province.

Ministers say that the changes are essential to avoid ‘confusion’ if there is no settlement by the end of the transition period in December.

However, Brussels insists that under the divorce deal those details can only be finalised by a joint committee.

As the dramatic move risked crashing today’s make or break round of talks in London before they even start, Lord Frost’s EU counterpart Michel Barnier warned that ‘respecting’ the Withdrawal Agreement was a ‘precondition’ for settling the future relationship.

Downing Street has sought to increase pressure on the bloc in recent weeks, and it appears to have provoked a reaction, according to messages sent to EU capitals from Brussels, seen by the Guardian.

Mr Johnson’s apparent refusal to make compromises on major issues such as fisheries and state aid in order to gain an eleventh-hour ‘trade-off’ has been described as ‘concerning’ by EU chiefs, who say details won’t simply be ironed out over a phone call.

There are also fears from Brussels that Home Secretary Priti Patel is opening her own separate talks on internal security as she prepares to meet ministers from the EU’s five biggest states later this month.

European Commission leaders have urged diplomats not to agree to any proposals made in those discussions which could potentially affect the wider negotiations.

Anti-EU press coverage, which Downing Street is accused of driving, and a strong British stance on fishing demands are also included in the cables. 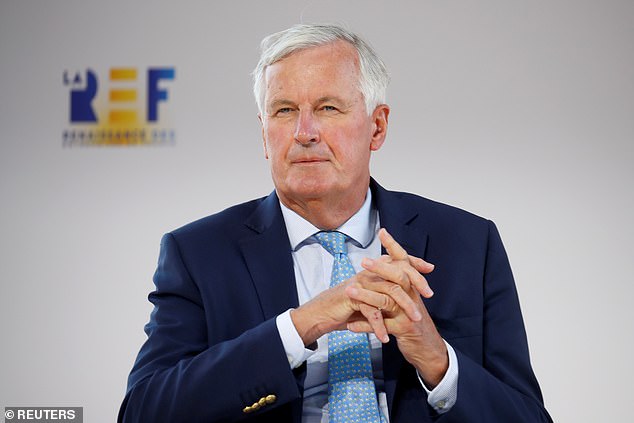 Speaking ahead of the latest round of talks, Lord Frost said: ‘Today, I will sit down with Michel Barnier and drive home our clear message that we must make progress this week if we are to reach an agreement in time.

‘We have now been talking for six months and can no longer afford to go over well-trodden ground.

‘We need to see more realism from the EU about our status as an independent country.’

He said the UK’s position derives from the ‘fundamentals of being a sovereign state’ and called for the EU to ‘fully recognise this reality’.

‘If they can’t do that in the very limited time, we have left then we will be trading on terms like those the EU has with Australia, and we are ramping up our preparations for the end of the year,’ Lord Frost added.

The Prime Minister, meanwhile, is expected to tell leaders the divorce deal is ‘contradictory’ and needs to be thrashed out again to protect the UK, according to the Telegraph.

Mr Johnson fears Northern Ireland would be left isolated from the rest of the union under the current agreement, described as ‘legally ambiguous’, and that certain details were not foreseen when an agreement was initially struck last year.

A government source told the paper: ‘The protocol is contradictory in some respects – it talks about protecting the EU single market but also giving Northern Ireland unfettered access to the UK market. You can’t have both.

‘Without a trade deal, all goods passing from the mainland to Northern Ireland would be subject to tariffs, because they would be classed as being ‘at risk’ of being sold on to the EU market.

‘Even though traders could later claim back the money by proving the goods didn’t leave the UK, the administrative costs would be considerable.’ 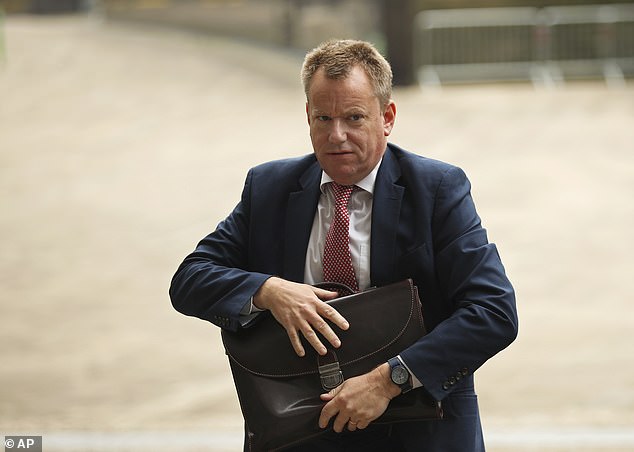 Ahead of the talks, Britain’s top negotiator, Lord Frost has urged Brussels to ‘get real’ and accept Britain is an ‘independent country’

The Prime Minister’s official spokesman also said the Government was proposing ‘limited clarifications’ to the law to ensure ministers can preserve the gains of the Good Friday Agreement in the event of no deal.

The Internal Market Bill to be tabled on Wednesday will ensure goods from Northern Ireland continue to have unfettered access to the UK market while making clear EU state aid rules, which will continue to apply in Northern Ireland, will not apply in the rest of the UK.

In addition, an amendment to the Finance Bill will give ministers the power to designate which goods going from Great Britain to Northern Ireland are considered ‘at risk’ of entering the EU single market and are therefore liable to EU tariffs.

The Prime Minister’s spokesman said discussions were continuing with the EU to resolve the outstanding issues relating to the Northern Ireland protocol, intended to ensure there is no return of a hard border with the Republic once the transition is over.

He said the legislative changes were a necessary ‘safety net’ in the event that they were unable to come to an agreement.

But European Commission president Ursula von der Leyen warned there could be no backtracking by the UK on its previous commitments if it wanted to reach a free trade agreement.

‘I trust the British Government to implement the Withdrawal Agreement, an obligation under international law and prerequisite for any future partnership,’ she said.

‘(The) protocol on Ireland-Northern Ireland is essential to protect peace and stability on the island and integrity of the single market.’

Ireland’s foreign minister Simon Coveney warned that abandoning the agreement would be ‘a very unwise way to proceed’.

Mr Barnier said he would be seeking clarification about the UK’s plans. 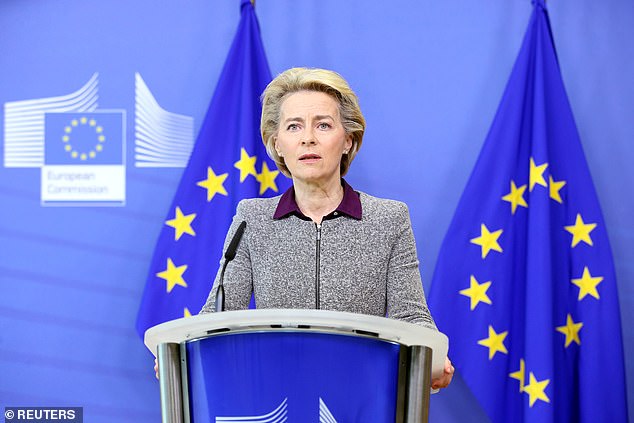 He told French radio that honouring the Withdrawal Agreement was ‘a pre-condition for confidence between us because everything that has been signed in the past must be respected’.

It comes after Mr Johnson had earlier stoked tensions by declaring he will walk away from trade talks in five weeks unless the EU ‘rethinks’ its demands, saying that would still be a ‘good outcome’.

The PM said there was ‘no sense’ in allowing faltering trade talks to continue beyond October 15, when EU leaders are due to hold a major summit in Brussels.

Mr Johnson said there was ‘still an agreement to be had’ but he ‘cannot and will not compromise on the fundamentals of what it means to be an independent country to get it’, such as the freedom for the UK to set its own laws and fish its own waters.

Meanwhile, business leaders have stressed the importance of a Brexit deal in speeding up Britain’s economic recovery from the coronavirus pandemic.

Josh Hardie, deputy director general of the CBI, told the Guardian: ‘Amid all the noise and negotiations, businesses in the UK and EU remain clear – a good deal is essential.

‘An agreement will be the foundation for post-Covid recovery across the continent.’