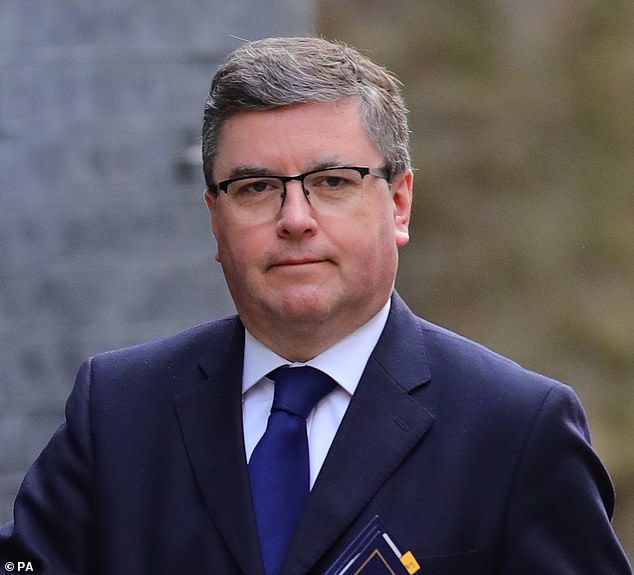 By David Barrett Home Affairs Correspondent For The Daily Mail

Officials have been ordered to find ‘imaginative’ ways to ban terrorists from bringing legal challenges at the taxpayers’ expense in the wake of Shamima Begum’s court victory, the Mail can reveal.

Justice Secretary Robert Buckland has told civil servants to come up with proposals to restrict legal aid for terrorists who bring challenges in the civil courts, such as under immigration or citizenship law.

It comes after Boris Johnson described 20-year-old Begum’s taxpayer-funded fight to return to Britain – five years after she fled to join Islamic State – as ‘perverse’.

Justice Secretary Robert Buckland (pictured) has told civil servants to come up with proposals to restrict legal aid for terrorists who bring challenges in the civil courts, such as under immigration or citizenship law

A Ministry of Justice source said: ‘The Justice Secretary wants officials to be imaginative in the way in which it might be possible to restrict legal aid in cases such as this. Clearly, this could not apply to criminal cases because they have the right to a fair trial.

‘But in civil matters such as immigration and citizenship it’s a different matter, especially if they are not British citizens.

‘Robert is unhappy that a foreign national – as Begum is after being stripped of her British citizenship – can access legal aid to bring a challenge in this country at the taxpayers’ expense.

‘Why should someone who is considered a national security risk have their legal bills picked up by the taxpayer? He believes that something like this does not pass the “smell test”.’

Mr Johnson said: ‘It seems to me to be at least odd and perverse that somebody can be entitled to legal aid when they are not only outside the country, but have had their citizenship deprived for the protection of national security. 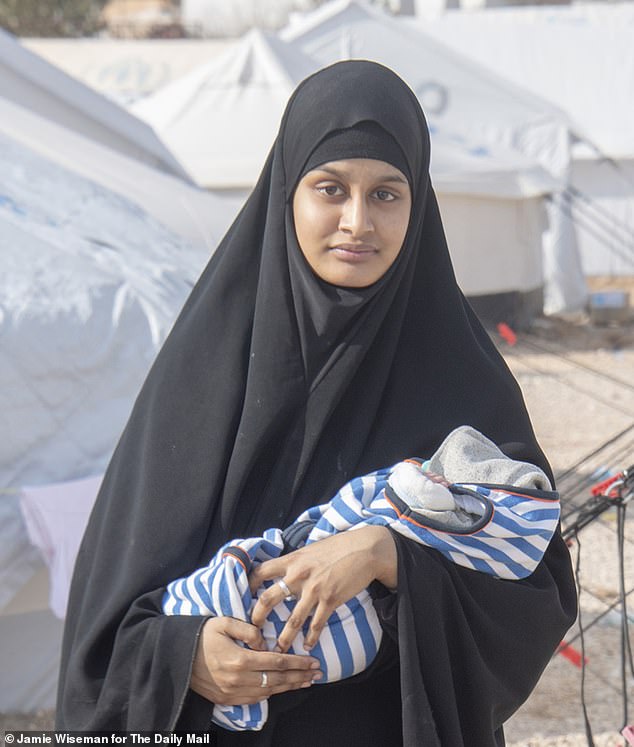 ‘That, amongst other things, we will be looking at.’

In an interview with the Sunday Telegraph, he added: ‘What we are looking at is whether there are some ways in which judicial review does indeed go too far or does indeed have perverse consequences that were not perhaps envisaged when the tradition of judicial review began.’

Begum, now 20, was one of three east London schoolgirls who travelled to Syria to join so-called Islamic State in February 2015, and lived under IS rule for more than three years.

She has since brought a series of legal challenges to overturn the decision at the Special Immigration Appeals Commission and the Court of Appeal, which on Thursday ruled she could return to mount yet another attempt. 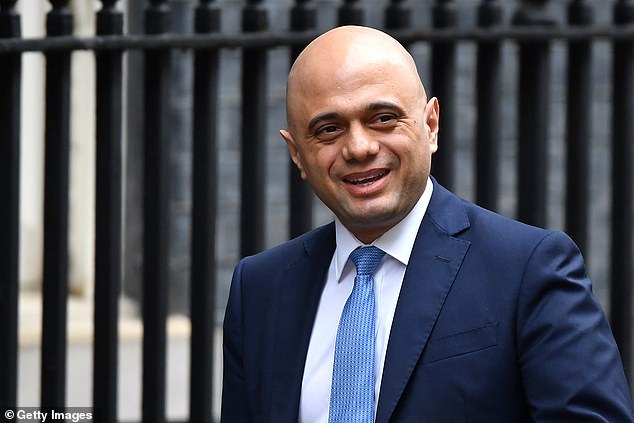 In mid-June her legal aid bill was already at £14,500, and was expected to grow significantly with the cost of the latest hearings.

Earlier this year the families of IRA victims who had to battle for years to get taxpayer help with their legal bills said it was an ‘outrage’ that the Begum was receiving public funding.

Judith Jenkins, the widow of Hyde Park bombing victim Jeffrey Young, said at the time: ‘It’s outrageous she can have it when people within this country can’t get it. She has joined a terrorist organisation and left the country and she gets legal aid.’

Mark Tipper, whose brother Trooper Simon Tipper, 19, was killed as he rode through Hyde Park, said in April: ‘This woman left this country and joined a terrorist organisation. Now she wants to come back again and regain her UK citizenship, how come she is entitled to legal aid when we families had to spend years fighting for it?’