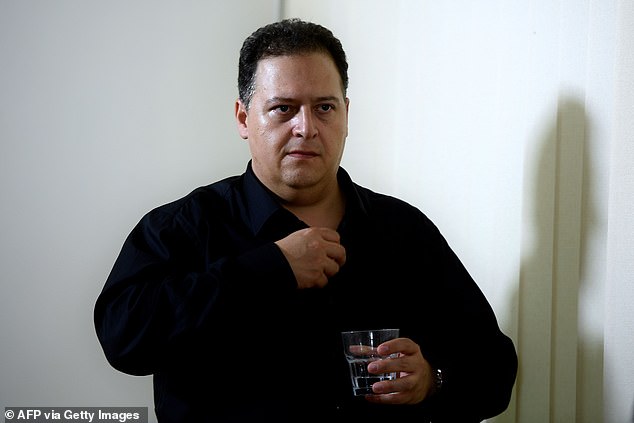 By Georgia Simcox For Mailonline

Pablo Escobar’s son has revealed he is furious with a man who claims to be his brother as he says there are ‘holes in his story’.

Sebastian Marroquin, 43, says that Phillip Witcomb, 55, is ‘the third guy in the world who claims to be the first-born’. He added: ‘I’m used to this kind of crazy guy.’

Sebastian Marroquin (pictured), 43, says that Phillip Witcomb, 55, is ‘the third guy in the world who claims to be the first-born’

Mr Marroquin, who has met around 150 families of his father’s victims to ask for their forgiveness, told The Mirror that his father told him there are no sons outside of his marriage.

He said Escobar told him ‘he’d forced the abortion of one of his mistresses’.

Mr Witcomb said he found out about his birth father in 1989 in what he described as ‘an extraordinary moment’. 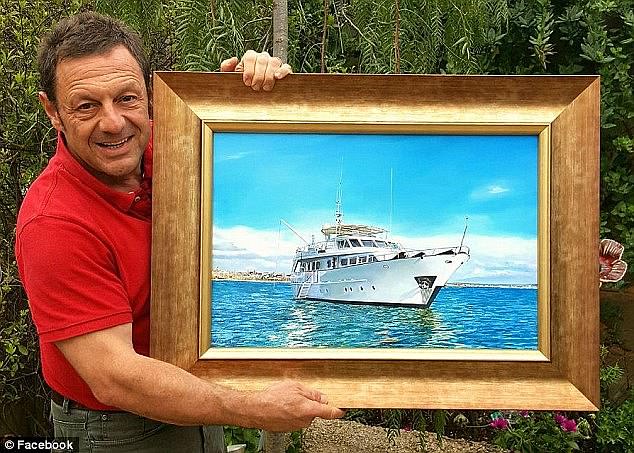 Under his birth name, Mr Witcomb wrote a novel titled Son Of Escobar: First Born which was published earlier this month. 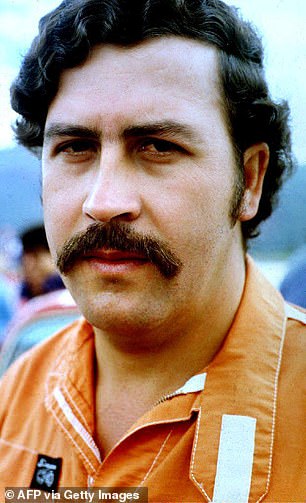 Mr Marroquin said Escobar (pictured) wasn’t the head of a cartel then, but was a farmer and student

In an interview at the beginning of this month, Mr Witcomb said his adoptive father regularly took him, as a young boy, to visit Escobar in Medellin.

He said this was to keep the drug lord on board and to track his movements for MI6.

But Mr Marroquin claims his father would have been 16 when Mr Witcomb said his father was working for MI6 to bring Escobar to authorities.

Mr Marroquin said Escobar wasn’t the head of a cartel then, but was a farmer and student.

Mr Witcomb added that he was recently given a series of codes, which he is yet to decipher, which lead to his birth father’s missing millions.

He said his birth, after an encounter between his father, then aged 16, and Maria Luisa Sendoya, who was 14, was kept quiet.

He does not have a birth certificate which names Escobar as his father but says a baptism document claims he was born to the drug lord.