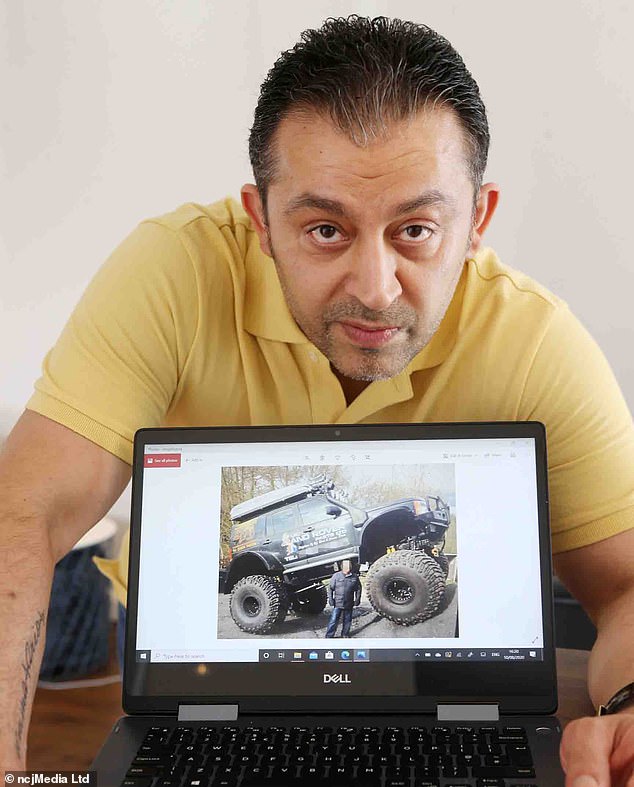 Father reveals he is being chased by debt collectors after his son, 6, bought a £19,000 monster truck on eBay when he left his laptop logged in and the seller refused to cancel the bid

By Nicole Conner For Mailonline

A dad says he’s being chased by debt collectors after his son accidentally paid £19,000 for a monster truck online.

Mohammad Faraji accidentally left his laptop logged on and his six-year-old, monster truck obsessed, son Ario was browsing eBay behind his back.

Mr Faraji, 45, from Wallsend, North Tyneside, received a bill for a truck that it appeared Ario has successfully bid for.

He attempted to explain that the purchase had been accidental, but the seller didn’t want to cancel the sale and told him he could come and collect the truck.

Mohammad Faraji accidentally left his laptop logged on and his six-year-old son Ario was browsing eBay behind his back and accidentally bought a £19,000 monster truck, pictured above

He said: ‘It’s unbelievable that PayPal would pay it without sending any notification or contacting me to find out if I wanted to pay that amount of money.’

PayPal insist the father should work with eBay or the seller to resolve the problem, but he argues it’s an issue with the payment system.

Unable and unwilling to pay the staggering amount, he tried to have the transaction cancelled.

But PayPal insist he still owes them the money, and instructed a debt recovery firm to pursue him for the full amount.

‘PayPal should act more like my debit card, they should check with my bank account to see if I have the money, or if there is suspicious activity.

‘I haven’t got that kind of money in my bank account, and nobody in their right mind would buy a car for that much money without seeing it, but it still went through.

‘For the amount of money they sent, there should have been some kind of extra security.’

The takeaway worker says he knows he shouldn’t have left his laptop logged on with his account details stored on the system.

Ario, who has now been banned from his father’s laptop, didn’t realise what he was doing when he bid on the truck in March.

His mistake has left his dad terrified of having to pay off the huge debt, who insisted he’d ‘pay a penalty’ if he needed to ‘but not the full amount’.

Still fighting to have the purchase cancelled, Mr Faraji said he wanted to warn people that PayPal could leave them on the hook for amounts of money they simply don’t have. 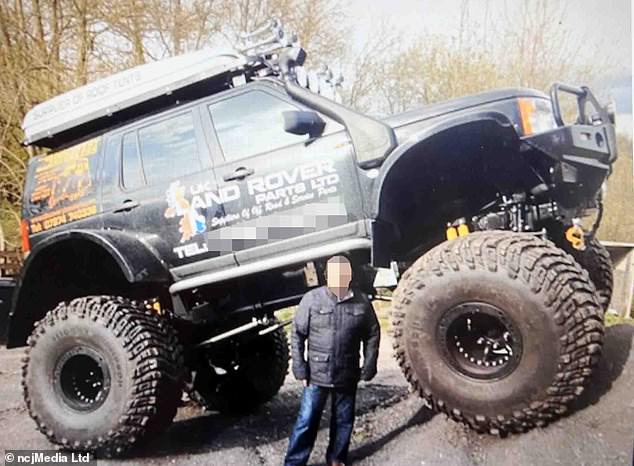 He attempted to explain that the purchase had been accidental, but the seller, pictured, didn’t want to cancel the sale and told him he could come and collect the truck

He said: ‘People use PayPal because they think their money is safe, you think if something goes wrong you can cancel it and get your money, but that’s not what has happened.’

A PayPal spokesperson said: ‘PayPal never loses sight of the fact that we are entrusted to look after people’s money – we take this responsibility very seriously and have a robust process in place for purchases made in error.

‘Once a customer makes a purchase on eBay and pays for it using PayPal, they receive emails from both PayPal and eBay confirming the transaction.

‘PayPal’s email to the customer following a transaction highlights the customer has 180 days to open a dispute in the Resolution Centre and also explains the process for contacting the seller directly.

‘If the purchase was made in error, PayPal recommends contacting the seller directly to try to secure a resolution in the first instance.

‘If this is unsuccessful, the buyer should contact eBay’s customer services team and work with them on solving the specific issue.’