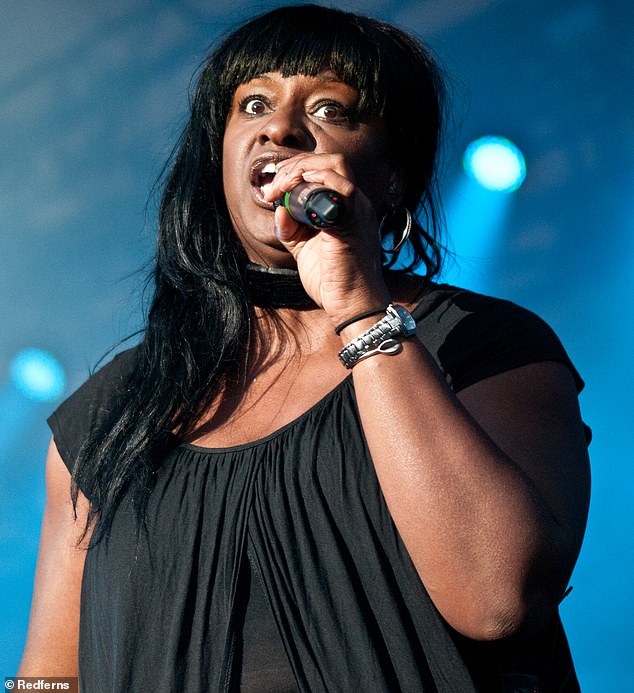 The sad news was confirmed by a friend on Twitter on Monday.

Her cause of death has not yet been announced but a statement from her family said that she had ‘died suddenly’ after an illness.

Heartache: Manchester vocalist Denise Johnson has died aged 53 with a statement from her family stating she had ‘died suddenly’ after an illness

Tributes have since been pouring in from many in the music industry including her fellow Primal Scream band member Simone Marie Butler who tweeted: ‘Very sad news love and prayers to Denise’s family and loved ones. Rest in Power Denise Johnson x.’

Joy Division’s Stephen Morris who wrote: ‘Shocked and devastated to hear of the passing of Denise Johnson. An absolutely beautiful lady. Rest In Peace Denise x’

Indie band The Doves added: ‘We are all devastated to hear the news that our old friend and all round beautiful person Denise Johnson has passed away.

‘What a loss for the many people who loved her.’

It comes just days after Denise announced that her debut acoustic album, titled Where Does It Go, would be released on 25 September.

Denise performed with Primal Scream from 1990-1995 during which time she featured on two of the band’s most famous songs – Loaded and Don’t Fight It, Feel It. 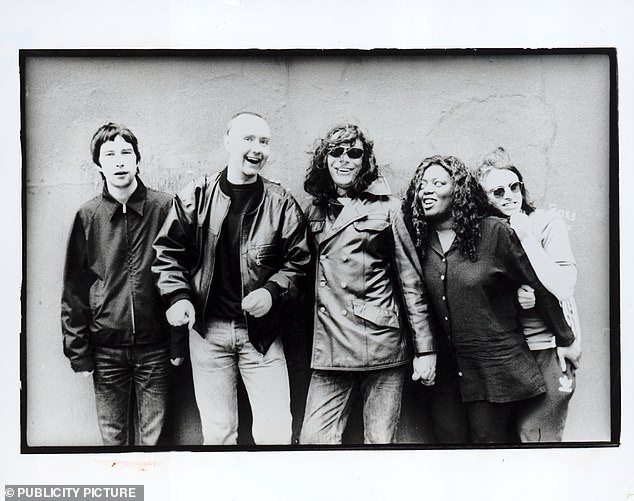 Back in the day: Denise shot to fame on Primal Scream’s 1991 album Screamadelica (pictured with the band)

Remembered: Tributes have since been pouring in from many in the music industry including Joy Division’s Stephen Morris as well as indie band The Doves