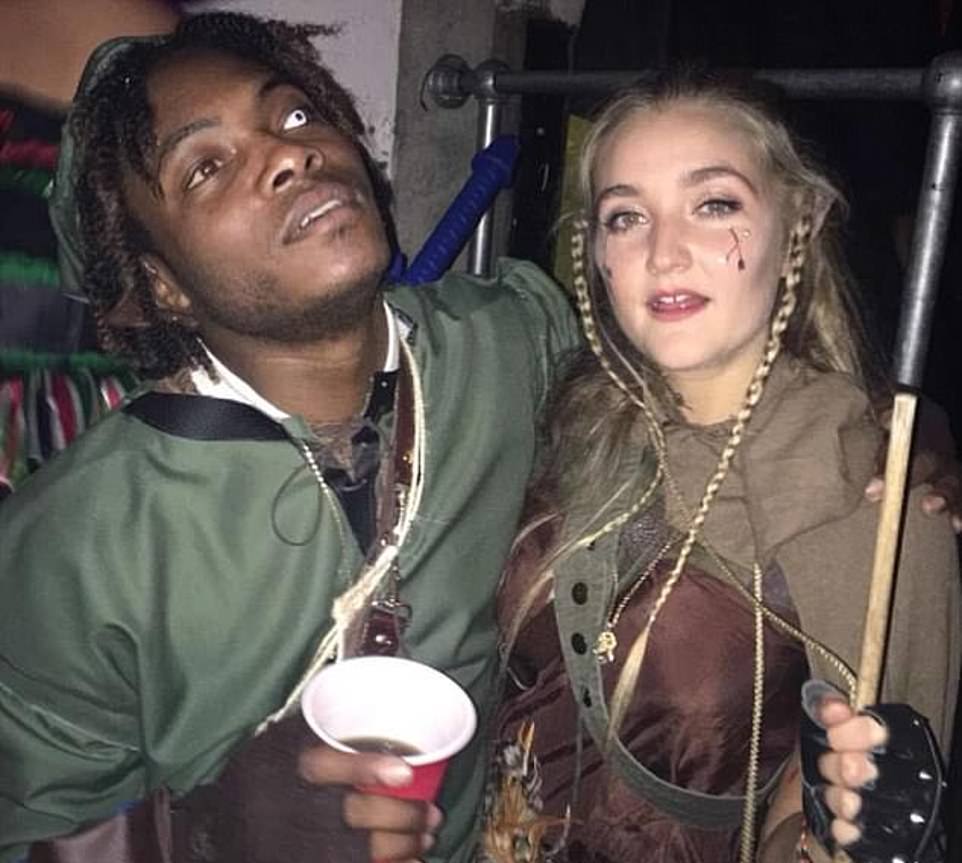 A rapper who was jailed after filming the daughter of a Holby City actor dying from a party drugs overdose has had his manslaughter conviction quashed – after a Court of Appeal judge ruled prosecutors failed to prove she could have lived if he had called for help.

Drug dealer Ceon Broughton, 31, supplied John Michie’s daughter Louella Fletcher-Michie with the hallucinogenic 2-CP at Bestival in Dorset but was freed today after his eight year sentence was overturned.

He was convicted after he shot harrowing footage of his younger girlfriend overdosing on his mobile phone for six hours, as she screamed ‘This ain’t acid. I was not expecting this’.

The videos had appalled former Taggart star Mr Michie and wife Carol, who had welcomed Broughton into their home and believed him innocent in the hours after Louella’s death in September 2017.

He was so trusted he had even spent Christmas at the Michies’ £1.2 million house in North London, worked with Louella’s brother Sam and had been a guest at Mr Michie’s 60th birthday dinner.

But in court the hostility between them was laid bare, with Mr Michie staring him down as he spoke from the witness box.

In heartbreaking evidence, he had declared ‘I think Louella loved Ceon. I’m not sure he loved her. I don’t know how you could ever say you loved someone if you left them to die in front of you’.

Later they unexpectedly met outside court proceedings and the father had told him ‘you’re evil, evil’, sparking Broughton into a rage where he threw a coffee table across a room and attacked a water cooler.

Jurors at the 2019 Winchester Crown Court trial had sobbed as they viewed footage of Louella’s distress as the effects of the drug showed her at one point trying to eat thorns.

Clips showed musician Broughton turn his iPhone on himself at one point to show him smiling and playing with a fidget spinner toy and also plugging his hoodie brand.

She had also repeatedly shouted for him to call her mum and when they were phoned the sound of their daughter overdosing was so harrowing they jumped in their car to carry out the 130-mile drive from London to the festival site in Lulworth Castle in Dorset. They tragically arrived too late to find her alive.

By 10.41pm that night footage showed Broughton holding Louella’s severely scratched hand, with a still image taken by him at 11.24pm appearing to show her lifeless at his feet.

But Broughton’s conviction was overturned after his barrister said prosecutors had ‘failed to prove’ that she would have survived had she received treatment by a certain point – the key point of the original case against him.

Timeline of the police probe into Louella Fletcher-Michie’s death

September 11, 2017: Louella Fletcher-Michie was found dead in a wooded area at Bestival at about 1am

September 13, 2017: Ceon Broughton is arrested on suspicion of her murder and supplying a class A drug before being released under investigation

February 23, 2018: Broughton is rearrested on suspicion of her manslaughter

March 23, 2018: Broughton appears for the first time over the charge at Poole Magistrates’ Court

After the hearing Broughton’s lawyers said he remained ‘devastated’ by Louella’s death.

In a statement, they said: ‘The Court of Appeal has today found that Louella’s death occurred not as a result of criminal negligence but was instead a tragic accident.

‘Ceon remains devastated by her death.

‘He has always wished that he could have done more to save her.

‘He loved Louella and she him, but he knows that no words will ever be sufficient to convey his sense of responsibility for what happened or to begin to remove the pain that others have been caused.’

Miss Fletcher-Michie was found dead in woods at the edge of the festival site at Lulworth Castle on the morning of her 25th birthday on September 11, 2017.

Broughton, who raps under the stage name CEONRPG, was convicted in March 2019 of manslaughter by gross negligence and jailed for eight years and six months.

Jurors were told that instead of phoning 999, Broughton stayed in the secluded wooded area with Louella.

Prosecutors claimed he avoided going for help because ‘didn’t want to be arrested’ because while on a suspended sentence. A medical centre was nearby to the area where they were sitting.

But at the High Court in London today, Lord Burnett quashed the conviction, saying: ‘In our view, this is one of those rare cases where the expert evidence was all that the jury had to assist them in answering the question on causation.

‘That expert evidence was not capable of establishing causation to the criminal standard.

‘Miss Darlow’s final submission that at 9.10pm Louella was deprived of a 90 per cent chance of survival was an accurate reflection of Professor Deakin’s evidence but, for the reasons we have explained, that is not enough.

‘Put another way, if an operation carried a personal 10% risk of mortality, both patient and clinicians would be able confidently to say that the chances of survival were very high or very good but none could be sure.

‘In respectful disagreement with the judge, we conclude that the appellant’s main argument, that the case should have been withdrawn from the jury, is established.

‘Applying the Galbraith test, taken at its highest, the evidence adduced by the prosecution was incapable of proving causation to the criminal standard of proof. The appeal against conviction for manslaughter must be allowed.’ 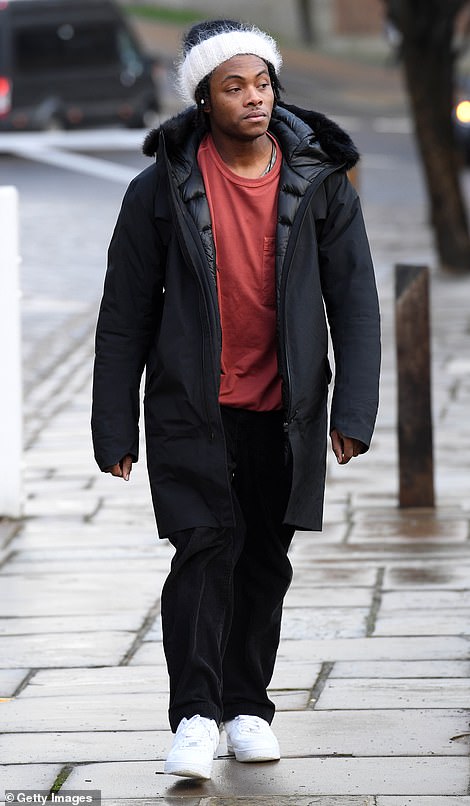 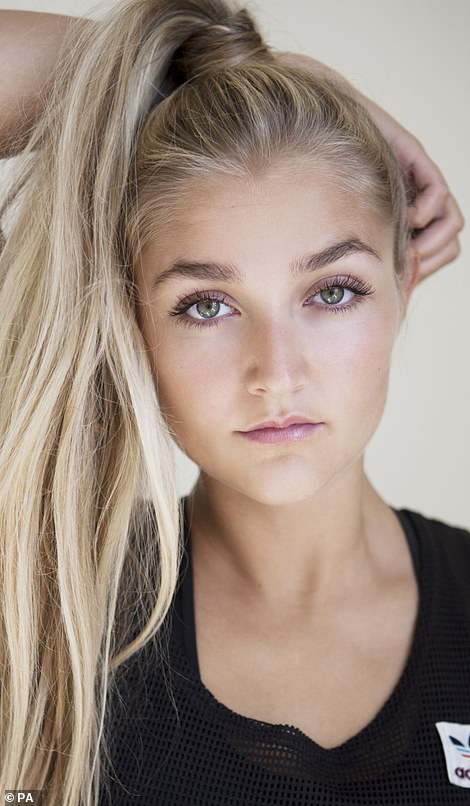 Broughton (left, pictured in February 2019) has had his conviction overturned for the manslaughter of Miss Fletcher-Michie (right), who died after taking the drug 2C-P at Bestival 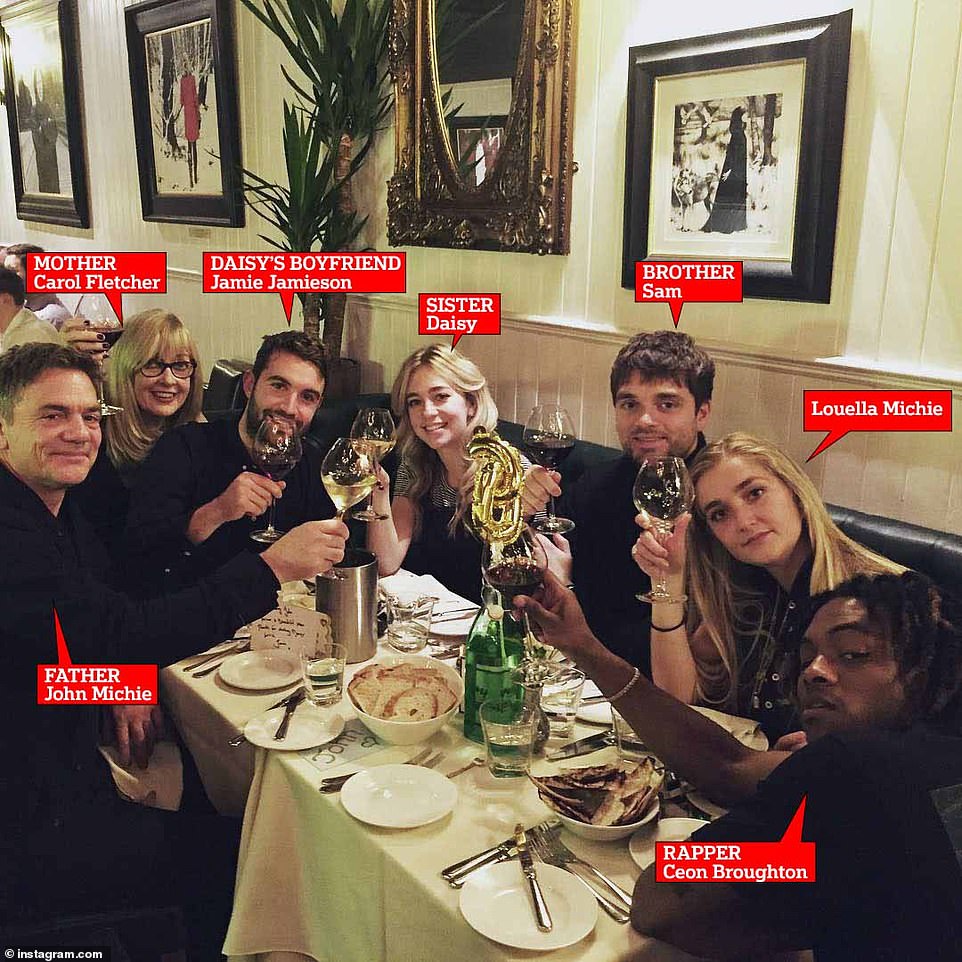 John Michie’s family had welcomed Broughton into their home, hosting him one Christmas and buying him presents 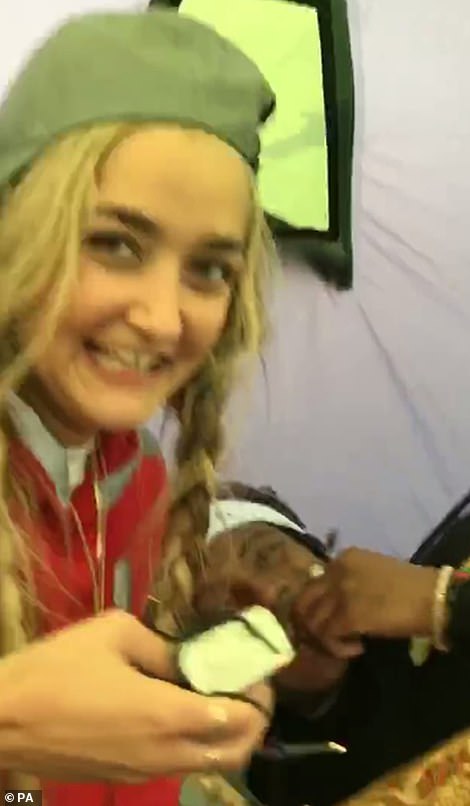 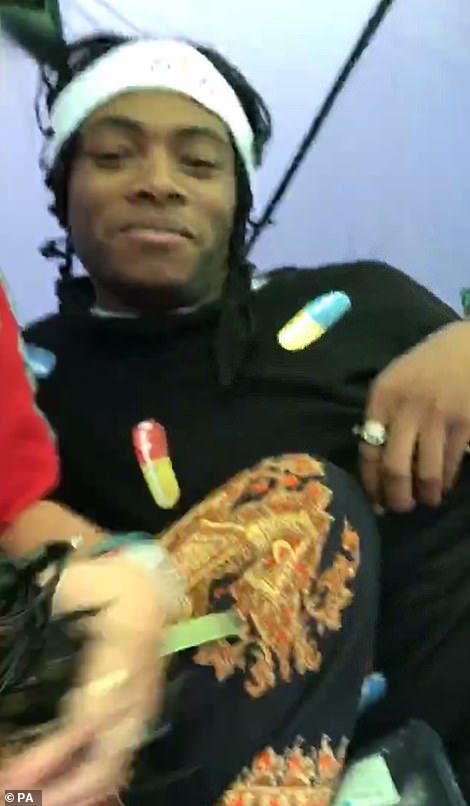 2-CP: The drug said to have the hallucinogenic properties of LSD with the stimulant effects of ecstasy

2-CP is said to have the hallucinogenic properties of LSD combined with the stimulant effects of ecstasy.

But users have reported that its effects can be intense and uncontrollable.

Broughton’s barrister Stephen Kamlish QC quoted a report on 2-CP in which one user described taking it as ‘physically and psychologically draining’.

But Mr Kamlish told the jury that ‘no-one has ever been known to die from taking this drug (2-CP) or taking an overdose’.

Professor Charles Deakin, a consultant in cardiac anaesthesia and intensive care, said the footage showed she was ‘not aware of her surroundings’ and became ‘seriously unwell and in need of urgent medical care’.

Prof Deakin said sedative drugs, breathing support and monitoring of blood pressure could have been used to treat Miss Fletcher-Michie at the scene.

But Broughton, who later admitted to her brother Sam that he had ‘bumped up’ the dose, did nothing to help her and she was found dead by a steward in woodland just 400 yards from the hospital tent.

The trial heard that Broughton supplied the drug to her after her own ‘pills’ had been confiscated by Bestival stewards.

The Talk To Frank drugs awareness website states that the 2C family of drugs can make you ‘energised and alert, extra aware of colours, sounds and smells and very sensitive to touch and sexually aroused’.

But it warns: ‘The more you take, the more intense and uncontrollable the experience will be.’

The trial at Winchester Crown Court heard Broughton did not get help because he had been handed a suspended jail term a month earlier and feared the consequences.

At the appeal hearing, Broughton’s barrister Stephen Kamlish QC argued the conviction was unsafe because prosecutors had ‘failed to prove’ that Miss Fletcher-Michie would have survived had she received treatment by a certain point.

He also argued Broughton’s sentence was ‘excessive’ in any event.

Mr Kamlish QC told the Court of Appeal: ‘The Crown cannot prove, now or at trial, that she would have lived had she been treated.

‘What the Crown are arguing now is that by depriving the deceased of the chance of surviving via medical treatment she would have lived but that also means she might or might not have lived.

‘That is hardly the correct text on which the Crown can prove causation. The appellant was trying to get help. So he cannot be described as criminally grossly negligent.’

He said Broughton had felt unable to leave Miss Fletcher-Michie alone in the woods while she was suffering a ‘bad trip’, and he had not realised she was at risk of death.

Mr Kamlish added: ‘So in our submission when one looks at the learned judge’s direction as to the ease or difficulty of obtaining help, if Louella could walk by herself it was difficult.’

He said Professor Charles Deakin addressed whether medical intervention could have helped at trial while other experts focused on the cause of death.

Mr Kamlish said the prosecution evidence did not prove causation against the defendant.

In her final moments captured on camera, Miss Fletcher-Michie said: ‘My mum and dad, my brother and sister, I love you lot.’

Her mother, Carol Fletcher-Michie, said she ‘dropped everything’ and travelled with her husband to the festival site after making contact with Broughton and hearing her daughter in the background.

Broughton, from Enfield, North London denied but was convicted by the jury of manslaughter and supplying class A drugs.

Broughton previously admitted supplying drugs to Miss Fletcher-Michie at Glastonbury festival, in June 2017, and was in breach of a suspended prison sentence imposed for possessing a lock knife and a Stanley knife blade.

Prosecutors told jurors during his trial that Broughton failed to take ‘reasonable’ steps to seek medical help for Miss Fletcher-Michie.

Harrowing footage shown to the court showed videos he had shot of her as she was under the influence of the drug.

The first was timed at 5.53pm, with the 50-minute clip showing Louella wildly hallucinating.

‘This is the best trip I’ve ever f***ing had,’ she repeatedly told the camera. ‘I’m seeing colourful taxis… Magical monkey riding the forest.’ 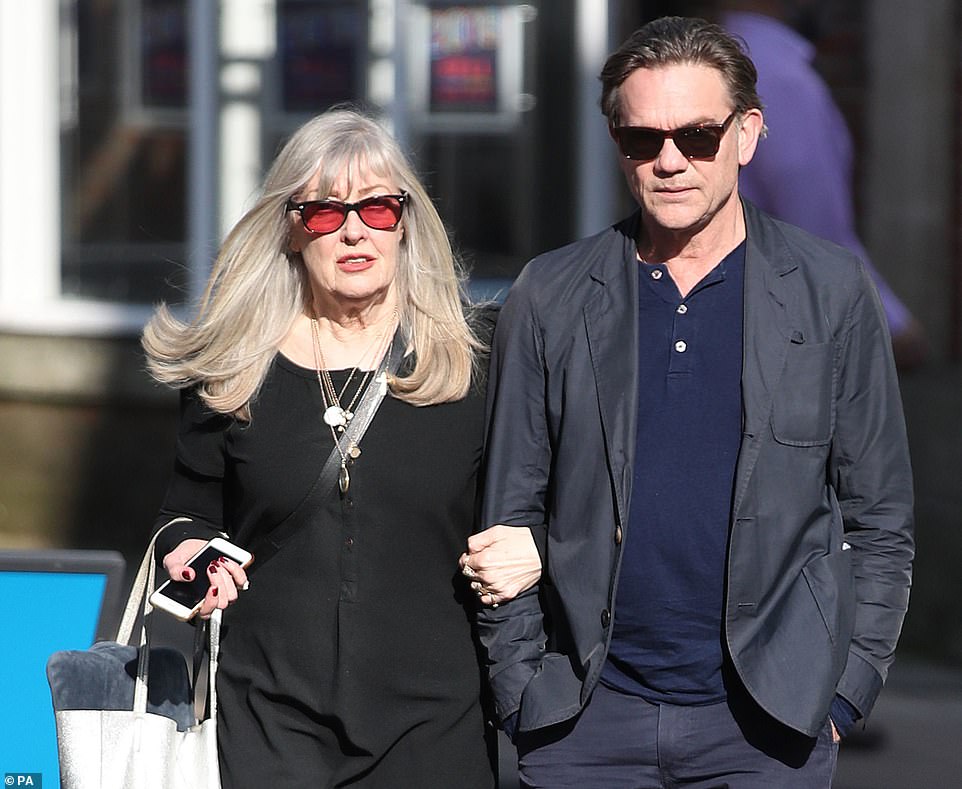 Later she was seen shouting ‘This is the happiest I’ve ever been. This is mad. I’m so happy, the best day of my life. I’ve taken acid before. This ain’t acid. I was not expecting this.’

Broughton previously admitted supplying drugs to Miss Fletcher-Michie at Glastonbury festival, in June 2017, and was in breach of a suspended prison sentence imposed for possessing a lock knife and a Stanley knife blade.

Prosecutors told jurors during his trial that Broughton failed to take ‘reasonable’ steps to seek medical help for Miss Fletcher-Michie.

They said he did not get help because he had been handed the suspended jail term a month earlier and feared the consequences.