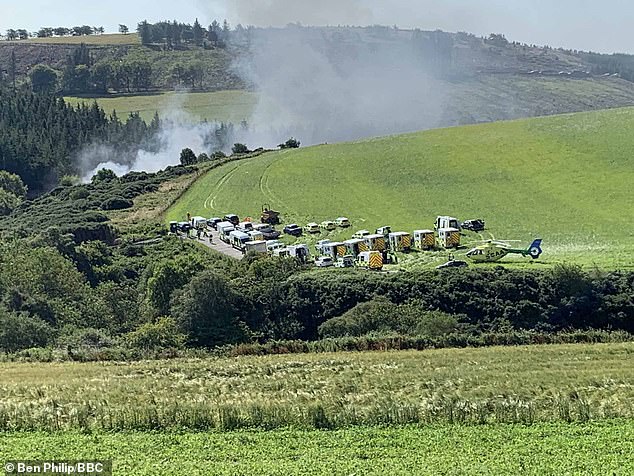 By Mark Duell for MailOnline

A ScotRail train derailed near Aberdeen this morning sparking a huge emergency response with 30 vehicles and an air ambulance sent to the scene.

The train came off the tracks on the Dundee-Aberdeen line shortly before 10am today close to the old Carmont railway station, near Stonehaven in Aberdeenshire.

Dramatic video footage showed smoke billowing from the area with at least seven ambulances on the scene alongside police cars and fire engines.

It comes after severe flooding in the area overnight which led to flash flooding in Aberdeen and widespread disruption across the ScotRail network.

Scotland First Minister Nicola Sturgeon tweeted: ‘This is an extremely serious incident. I’ve had an initial report from Network Rail and the emergency services and am being kept updated. All my thoughts are with those involved.’

Smoke is billowing from the area after the train came off the tracks at 10am this morning close to the old Carmont railway station, near Stonehaven in Aberdeenshire

Mick Lynch, the assistant general secretary of the Rail, Maritime and Transport union said: ‘RMT is aware of the major incident at Stonehaven and our reps are liaising directly at senior level with both Scotrail and Network Rail.

‘Our priority at this time is to support our members, their colleagues and their families and to do all that we can to assist the rescue operation which RMT members are currently involved in.

‘The facts behind this incident will need to be established in due course but at this stage we are focused on support and assistance and our thoughts are with all those impacted by this tragedy.’

A British Transport Police spokesman said: ‘We’re currently responding to an incident on the line in Stonehaven, Aberdeenshire, where a train has derailed. 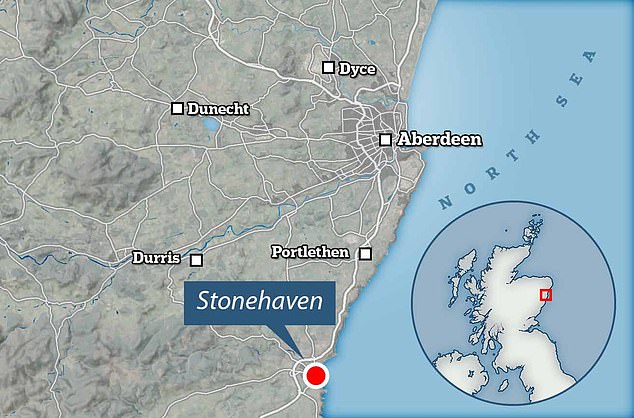 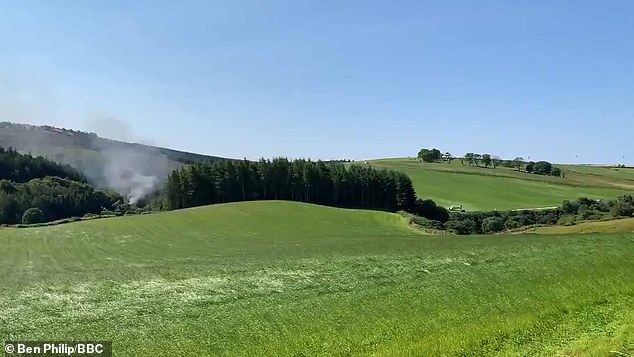 ‘Officers were called to the scene at 9.43am and remain there alongside paramedics and the fire brigade.’

A Police Scotland spokesman said: ‘A report was received of a train having derailed near Stonehaven at 9.40am on Wednesday, August 12.

‘Emergency services are currently in attendance and the incident is ongoing.’

A ScotRail spokesman said: ‘We’re assisting the emergency services with an incident near Stonehaven, and will provide more information when available.’ 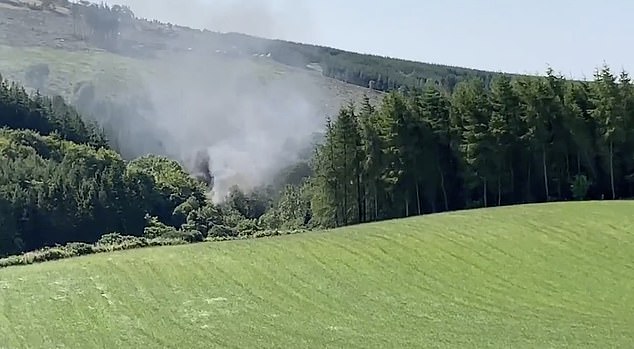 A Network Rail spokesman said: ‘We are working alongside the emergency services to respond to an incident involving a train near Stonehaven.

‘It is too early to confirm the exact nature and severity of the incident and more details will be made available once known.’

Earlier, ScotRail posted a message on Twitter shortly after 6.30am warning that services across Scotland would be disrupted due to ‘extremely heavy rain flooding’.

A video shared on Facebook at 7.30am showed heavy flooding in Stonehaven.