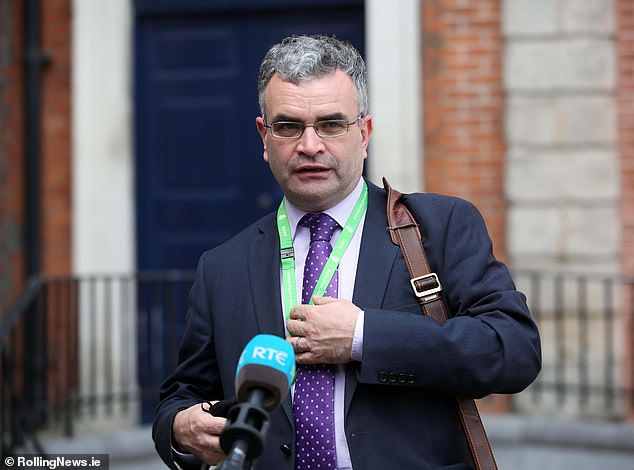 By Chris Pleasance for MailOnline and Wires

Ireland’s agriculture minister has resigned after attending a social event alongside more than 80 people in a breach of the country’s lockdown rules.

Dara Calleary apologised ‘unreservedly’ for the breach late Thursday in an attempt to save his job, but stepped down early Friday after a wave of public condemnation.

The 47-year-old’s resignation comes just 37 days after he was appointed to the role, when his predecessor was sacked over a drink-driving offence.

It also comes six days after the country’s tourism chief – Michael Cawley – resigned after going on holiday to Italy, despite the government urging people not to go abroad this summer.

Dara Calleary, Ireland’s agriculture minister, has resigned after he breached lockdown rules to attend a golf event with at least 81 other people 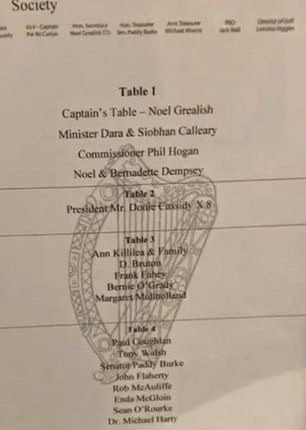 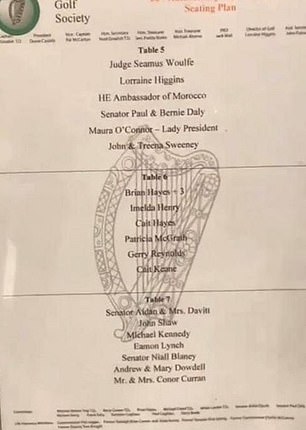 Calleary was busted after his name appeared alongside 81 others on a table seating plan for an event honouring former MP Mark Killilea, who died in 2018.

The event was held at the Station House Hotel in Clifden, County Galway, just 24 hours after new coronavirus measures were introduced amid spiking cases. 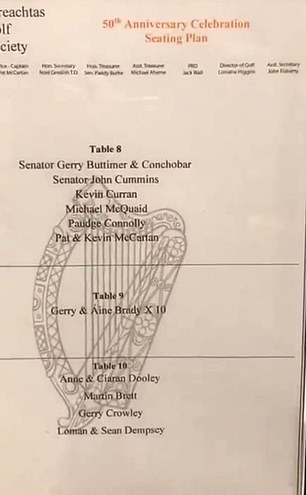 The measures stated that no more than six people from three households should meet indoors.

Rules in place since late June have also banned indoor gatherings of more than 50 people, with only weddings and artistic and cultural events on the list of exemptions.

Calleary had been due to appear on radio early Friday in an attempt to put a lid on the controversy, but pulled out at the last minute.

Sources quickly confirmed that he was stepping down.

On Thursday night he had issued a statement admitting that he should not have attended the event.

‘I wish to apologise unreservedly to everyone. We are asking quite a lot from everyone at this difficult time. I also offer this apology and my sincere regret to my government colleagues,’ he said.

A version of the statement on Calleary’s Twitter account received almost 2,000 replies within two hours, many from people angry that they were unable to attend funerals because of the restrictions or had to cancel holidays or weddings. 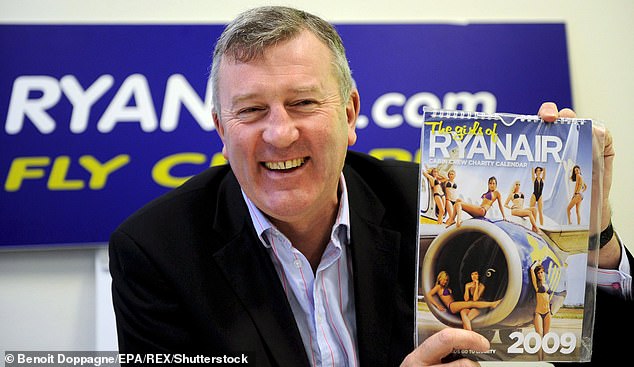 Hogan, Ireland’s representative on the European Union’s executive, also attended the event, national broadcaster RTE quoted a representative for the commissioner as saying. Hogan’s office did not immediately respond to a request for comment.

The Irish Independent newspaper also quoted a spokesman for Hogan as saying the commissioner complied fully with all quarantine and restricted movement requirements on his return to Ireland.

Visitors from most EU countries, including Belgium, are required to self-isolate for 14 days on arrival in Ireland under some of the strictest travel restrictions in the bloc.

The Irish Examiner quoted a spokesman from the County Galway Station House Hotel, where the event was held, as saying it was told by the hotel sector’s representative body that until guidance on the new restrictions was available, the dinner would adhere to guidelines if fewer than 50 people dined in adjoining rooms.

The two sets of diners were divided by a removable partition, the spokesman said. 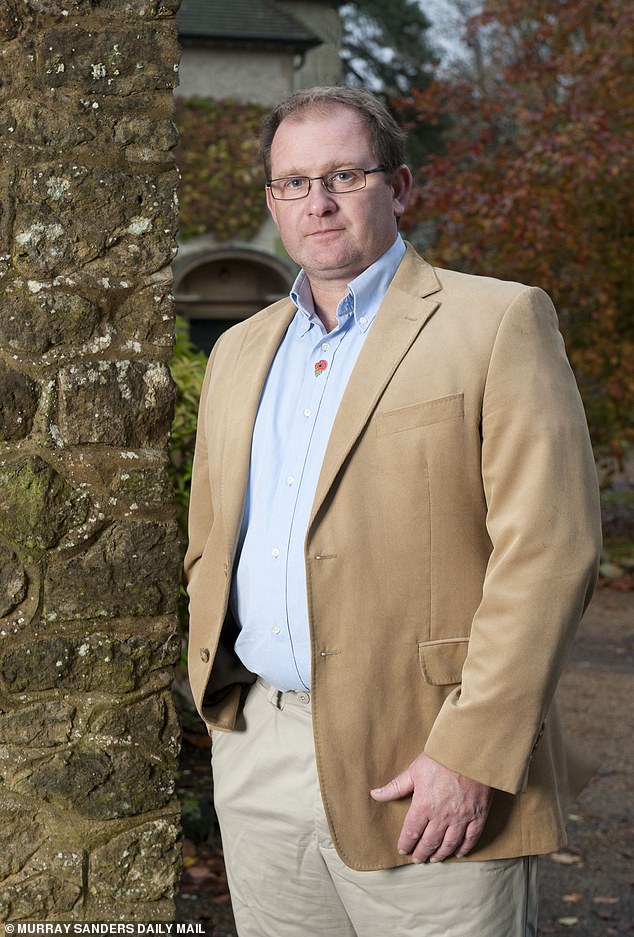 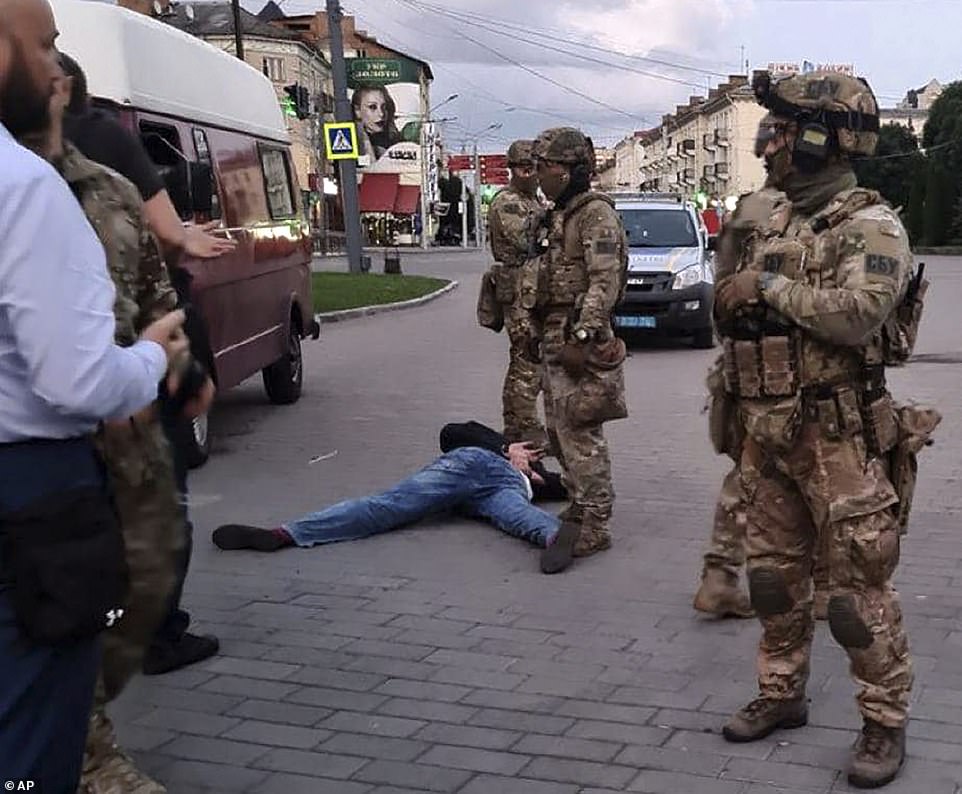 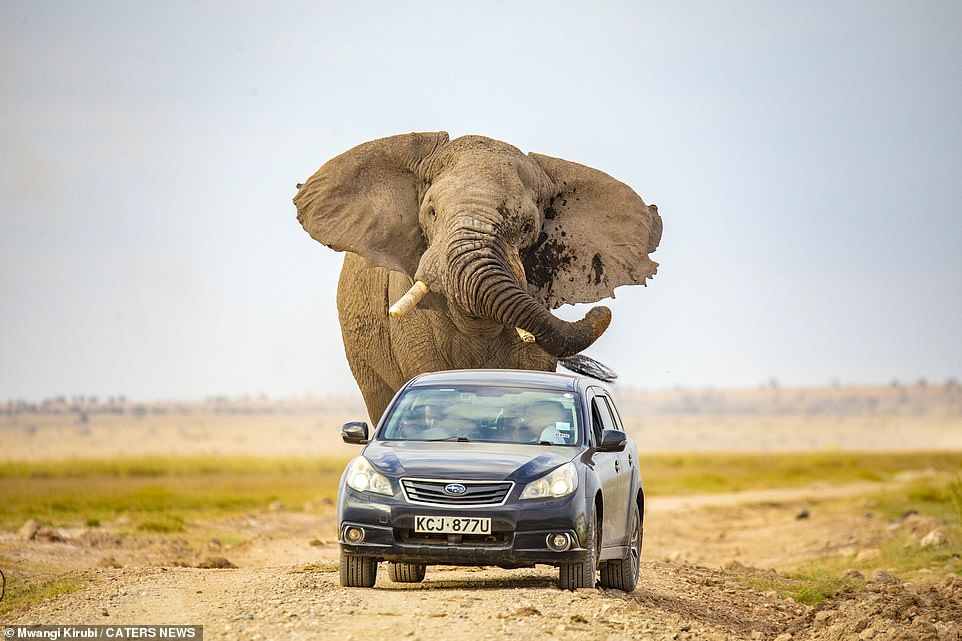 Elephant chases after a car after being startled in Kenya