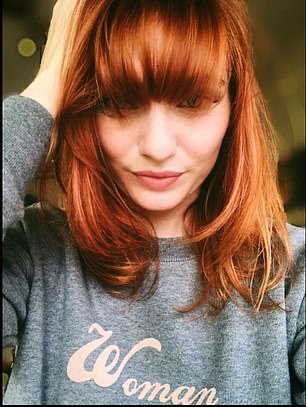 I’ve lost count of the number of clients at my London salon asking for one as part of their post-lockdown cut —– in fact, if you’ve managed to make it through the past few months without a fringe, I’d say you’re in the minority.

Flame-haired Poldark beauty Eleanor Tomlinson is the latest A-lister to brave the face-framing look, joining the likes of actress Daisy Edgar-Jones and TV presenter Claudia Winkleman, whose trademark fringe I’ve been cutting for years, alongside the likes of Meghan Markle, whose hair I styled on her wedding day.

Stuck indoors for months on end, with salons closed and hairdressers banned from going to clients’ homes, lockdown left millions of women in desperate need of a change.

Step forward the fringe; with a bit of research, it’s an easy cut to do yourself at home, with immediate look-at-me impact. 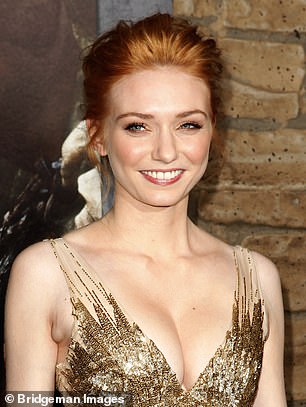 There’s no better way to freshen up a tired face or disguise a wrinkled forehead than a fringe; done properly, it can take years off your look.

A grown-out fringe, for example, in the style of Alexa Chung, another of my clients, works well on everyone, no matter your age or face shape.

If you want a fuller fringe, there are several things to consider. The shorter and blunter you go, the harder it is to manage as you’ve got to blow-dry it smooth every day. If you’ve got coarse or curly hair, this won’t work.

If you’ve got fine hair, you’ll need to take your fringe back quite far towards the top of your head to make it look good; otherwise you’ll see bits of forehead in between, and that’s not flattering. I do try to deter clients with extremely fine hair from getting short fringes, unless they’re really adamant.

Women with round faces should avoid a blunt fringe, as it makes the face look wider. And if you have prominent features, a fringe will only accentuate them.

Saying all that, fringes really aren’t something to be afraid of. Choose the right one for your age and face shape, and you can’t go wrong… or at least your hairdresser can fix it!

Since salons reopened, even though it is relatively easy, my colleagues and I have fixed hundreds of DIY fringes — and helped many more women take the plunge, too.

With rumours swirling of a second lockdown, it’s the ideal ‘safety cut’; something to see you through the next few months, which won’t be impossible to maintain at home if hairdressers are forced to shut.

The fringe benefits are endless: you’ll look instantly chic, shave years off your look — and it’s guaranteed to get you noticed, as these stars know only too well…

Poldark’s girl can certainly cut it

The Poldark starlet revealed her new hairstyle this week. She has gone for a deep fringe with long bits at the side.

Not only does it elongate her face, but it accentuates her cheekbones, too.

The disconnection of the fringe from the rest of her hair works; Eleanor, 28, looks more sophisticated. It helps that her hair’s a stunning colour. 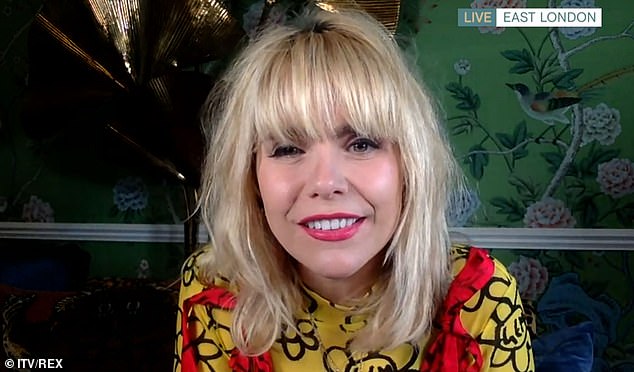 Paloma Faith, 39, is a style chameleon; she’s always changing her look and seems to suit them all

Leap of faith pays off for Paloma

Paloma, 39, is a style chameleon; she’s always changing her look and seems to suit them all.

The singer first had a fringe cut in February and stuck with it throughout lockdown. I never pictured her with a fringe, but this looks great.

She looks softer and younger, and it elongates her face. 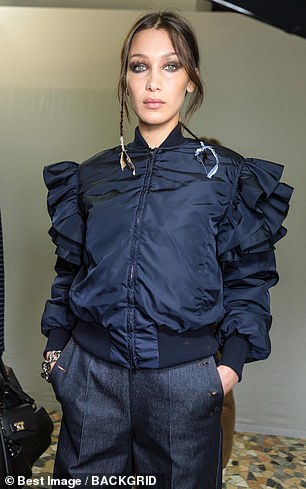 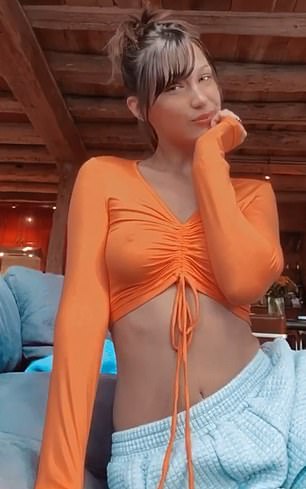 This is a pretty, soft, side-sweeping fringe which would suit anyone. I’ve cut Bella’s hair before and she’s got lovely locks; they’re thick and healthy. Pictured: Bella Hadid

Model Bella shows that one-size can fit all

This is a pretty, soft, side-sweeping fringe which would suit anyone. I’ve cut Bella’s hair before and she’s got lovely locks; they’re thick and healthy.

The model, 23, could go for a full-on statement fringe but, instead, she’s opted for something much softer and more feminine, and it was an instant hit.

If you’re scared of having a proper blunt fringe, this is the style you should go for. 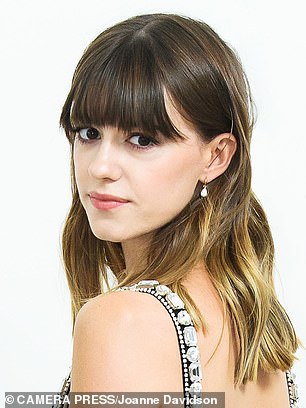 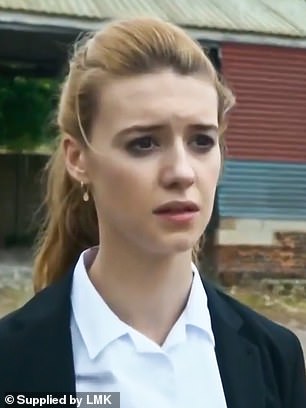 Few people can pull this off, as it’s such a short statement fringe — but Daisy, whose fringe was a star of its own in TV hit Normal People, is one of them. Pictured: Daisy Edgar-Jones

Normal People can look as fresh as Daisy

Few people can pull this off, as it’s such a short statement fringe — but Daisy, whose fringe was a star of its own in TV hit Normal People, is one of them.

The actress, 22, really carries it well; it makes her eyes look even bigger. If you’ve got a soft, cherub-like face like hers, I’d definitely go for it.

The tousled bits at the sides give it a natural look. 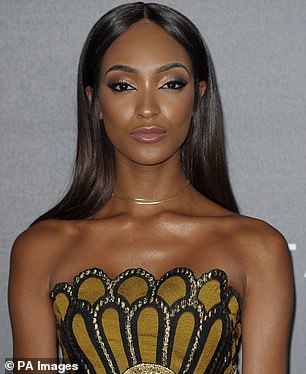 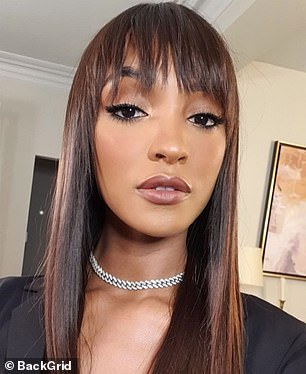 She’s blessed with a beautiful face, but Jourdan does have a prominent, deep forehead — and this fringe is the perfect shape for it. Pictured: Jourdan Dunn

Jourdan’s cover up is the height of fashion

She’s blessed with a beautiful face, but Jourdan does have a prominent, deep forehead — and this fringe is the perfect shape for it.

Seen first in March, it’s choppy and doesn’t go very far back, but that works. It wouldn’t look good if you had a short forehead or a round face.

Model Jourdan, 30, is wearing it slicked down to her head which is very stylish, but this style would be hard to maintain every day. 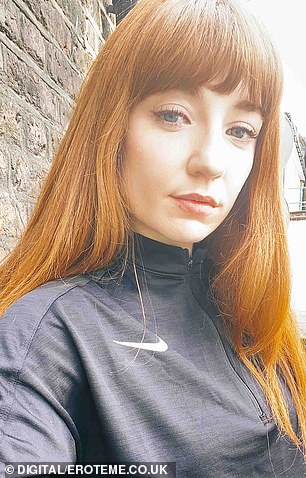 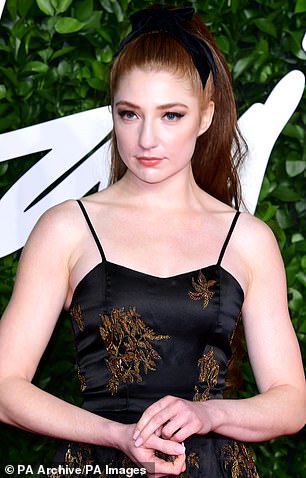 This fringe, revealed in April, is blunt and heavy. I would have been quite concerned about cutting it in, but I really like it. Pictured: Nicola Roberts

This fringe, revealed in April, is blunt and heavy. I would have been quite concerned about cutting it in, but I really like it.

The former Girls Aloud singer, 34, has cut it in a slightly bowl-like style, which flatters her angelic face shape. But if you have tricky hair to blow-dry, this would be hard to maintain.

FROM A POWER FRINGE TO A CHIC SWEEP, WHICH STYLE IS THE TOP CHOP? 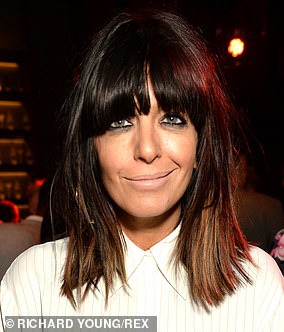 This is an extremely popular fringe: 48-year-old Claudia Winkleman’s had hers for years and, as her hairdresser, people are always asking me to reproduce it.

Most people can carry it off — but it is bold.

You have to be sure you want it. It’s the sort of fringe you can hide behind; if you’re looking to cover half your face, this is it.

This is what I call a grown-out fringe. It’s a bit half-hearted; if you want a fringe but you’re scared of going the whole hog, this will do.

It works on the Duchess of Cambridge, 38, because she has lovely thick, bouncy locks.

I wouldn’t recommend it if you have long, thin, straight hair, as it will only make everything look flatter. 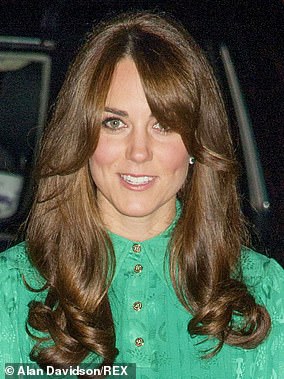 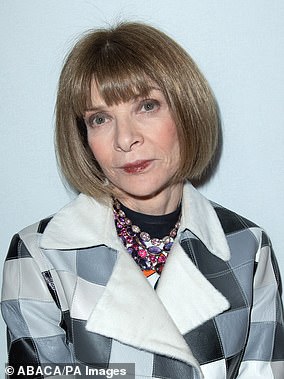 Probably the most iconic fringe around, 70-year-old Dame Anna Wintour’s is a classic.

It’s a hard-edged, look-at-me fringe that gives the impression of someone who is very together, powerful and in control. Like its wearer, it’s sharp and high maintenance.

You’d need to get it cut every two weeks to keep it the same length and shape.

I don’t like it when you can see too much forehead under a fringe. Either do it or don’t; don’t go halfway.

This works for Taylor Swift, 30, because she’s young and a bit rock ‘n’ roll. The shaggy look suits her age and style; it’s choppy and messy, rather than too ‘done’.

But don’t be fooled; all that texture will require hours of careful styling. 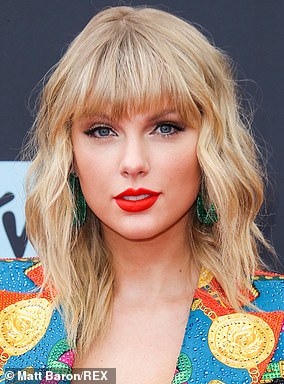 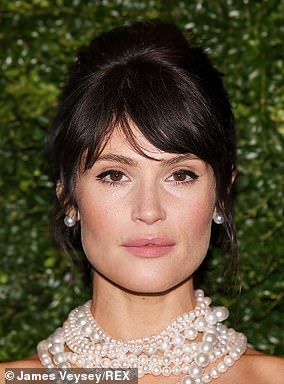 This works on most face shapes, but is especially flattering on Bond girl Gemma Arterton (right). Pictured left: Taylor Swift

This works on most face shapes, but is especially flattering on Bond girl Gemma Arterton, 34.

It’s chic and timeless — I think it makes her look like Audrey Hepburn. It’s an elegant shape because it follows the curve of her cheekbones, rather than cutting her face in half.

I love curly fringes, although they spring up when you cut them, so you have to be careful not to go too short.

If you’ve got curly hair, it’s best to keep your fringe curly, too. Tousled fringes look great on curly, afro or hair that’s a bit wild — J-Lo, 51, really shows how to work it.