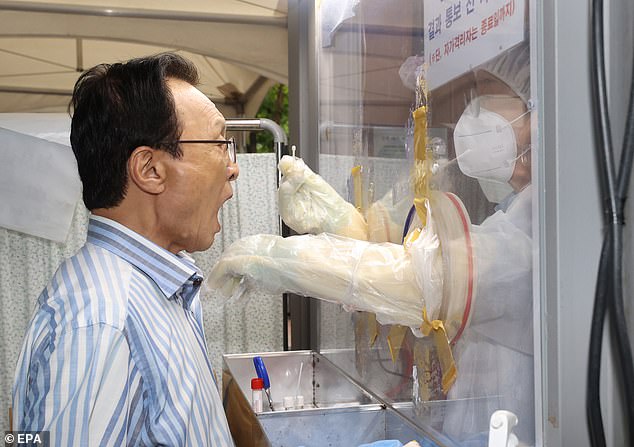 The country has added nearly 4,000 infections to its caseload while reporting triple-digit daily jumps in each of the past 14 days, prompting health experts to warn about hospitals possibly running out of capacity.

The 441 cases was the highest daily increase since the 483 reported on March 7. South Korea’s Centers for Disease Control and Prevention said 315 of the new cases were from the Seoul metropolitan area, home to half of the country’s 51 million people, where health workers have struggled to track infections linked to various sources, including churches, restaurants, schools and workers.

The National Assembly in Seoul was shut down and more than a dozen ruling party lawmakers were forced to isolate Thursday following a positive test of a journalist who covered a ruling party leaders’ meeting.

Lee Hae-chan, chief of the ruling Democratic Party, receives a polymerase chain reaction test at an outdoor clinic in the Yeongdeungpo Ward of Seoul, South Korea, 27 August 2020, after a reporter covering him was confirmed to be infected with the new coronavirus 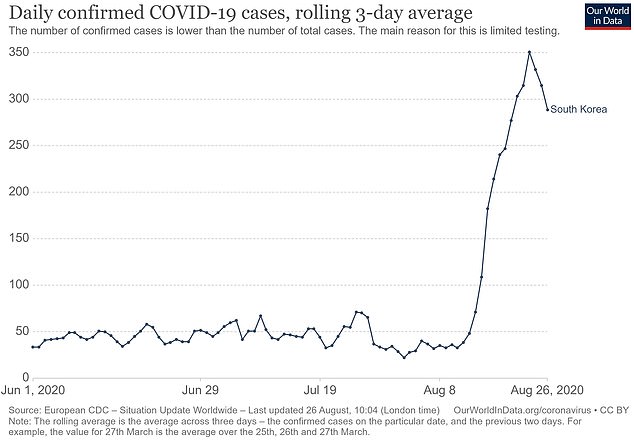 The 441 cases on Thursday (Aug. 27) was the highest daily increase since the 483 reported on March 7 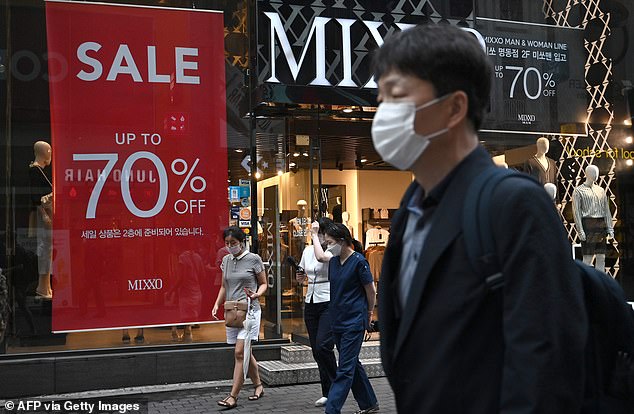 People walk through the Myeongdong shopping district in Seoul on August 27, 2020

Infections were also reported in major cities and provincial towns around the country, including Gwangju, Busan, Daejeon and Daegu, a southeastern city that was the epicenter of a massive outbreak in late February and March that was stabilised by April.

Health officials have described the outbreak over the past two weeks as the country’s biggest crisis since the emergence of COVID-19. While the outbreak in the Daegu region was mostly tied to a single church congregation, health workers are having more difficulty tracking transmissions in the much more populated capital area where clusters have been popping up from various places.

After resisting such steps for months out of economic concerns, the country has stepped up social distancing restrictions nationwide, banning large gatherings, shutting churches and nightspots, removing fans from professional sports and shifting most schools back to remote learning.

There are views that such measures aren’t enough. Heath officials have lamented that people are continuing to venture out in the public, saying that transportation activity in the Seoul area declined by only 20% in the past weekend. 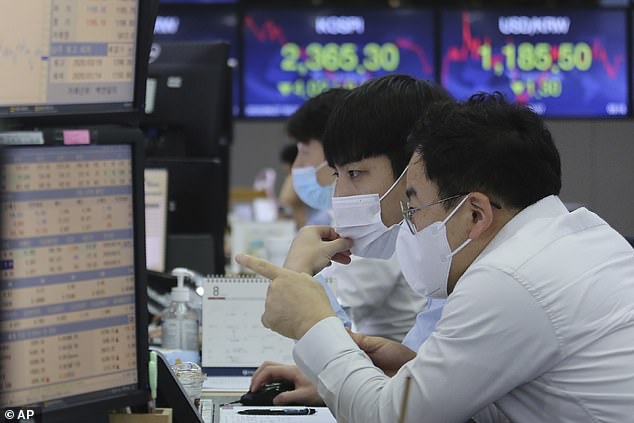 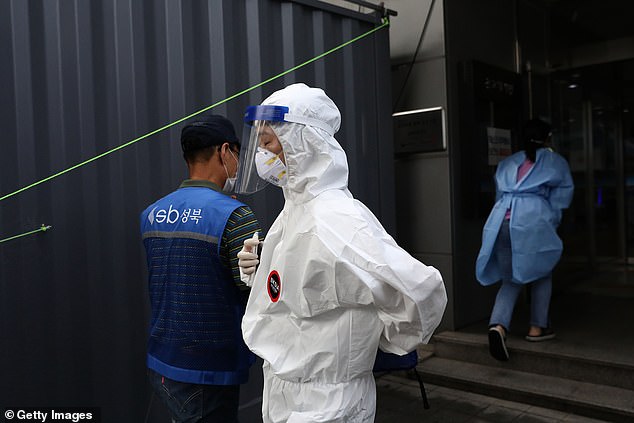 A medical worker at the COVID-19 test facility on August 26, 2020 in Seoul, South Korea

If the viral spread doesn’t slow, health authorities have said they will consider elevating social distancing measures to the strongest ‘Level 3,’ which could include banning gatherings of more than 10 people and advising private companies to have their employees work from home.

Such steps, designed to allow for only essential economic and social activities, may significantly hurt a weak economy, officials say.

South Korea’s central bank Thursday lowered its growth outlook for the national economy this year, predicting it to shrink by 1.3%. The country’s economy last posted a contraction in 1998 when it was in the midst of a crippling foreign currency crisis.

In other developments in the Asia-Pacific region:

– India recorded its highest single-day increase with 75,760 new coronavirus cases as it ramps up testing, raising the country’s total virus tally to over 3.3 million. The Health Ministry on Thursday also reported 1,023 deaths in the past 24 hours, taking total fatalities up to 60,472. India has been recording more than 60,000 new infections per day for the last two weeks. With more than 800,000 average tests every day, India has scaled up testing per million to more than 27,000, the ministry said.

– North Korea told the World Health Organization it tested 2,767 people for the coronavirus as of Aug. 20 and all have tested negative. In an email to The Associated Press, Edwin Salvador, WHO’s representative to North Korea, said the country is monitoring 1,004 citizens under quarantine. Edwin Salvador said the North told WHO it has released 29,961 people from quarantine, including 382 foreigners. The North has yet to confirm a single case of COVID-19, but outsiders doubt its virus-free claim. North Korea announced a lockdown of a border city in July after reporting a person had COVID-19 symptoms. Salvador said WHO has yet to receive details about the suspected case. He said North Korea’s borders remain closed, except for COVID-19-related shipments through the Sinuiju-Dandong crossing on its border with China.

– Australia’s hot spot Victoria state recorded its third deadliest day of the pandemic as well as the lowest tally of new infections in more than eight weeks. The 23 dead followed 24 deaths on Wednesday. Victoria’s Health Department said 22 of the most recent deaths were related to aged care. Prime Minister Scott Morrison said 8% of Australia’s aged care homes had residents or staff infected with the virus. But he said the outcomes in four Melbourne aged care homes were ‘unacceptable.’ Those four were ‘acutely effected,’ he said. ‘My fear when the COVID pandemic hit in Victoria was that we could have potentially seen far more.’ The 113 new cases reported on Thursday was the lowest count since July 5.

– China reported no new local transmissions for an 11th straight day as it wraps up containment efforts for its most recent major outbreaks. Eight new imported cases were reported, while 324 people remained in treatment. China has reported 4,634 deaths from COVID-19 among 85,004 cases. The far northwestern city of Urumqi that saw more than 300 cases in China’s latest major outbreak has relaxed quarantine restrictions on communities that were closed off to contain the spread. 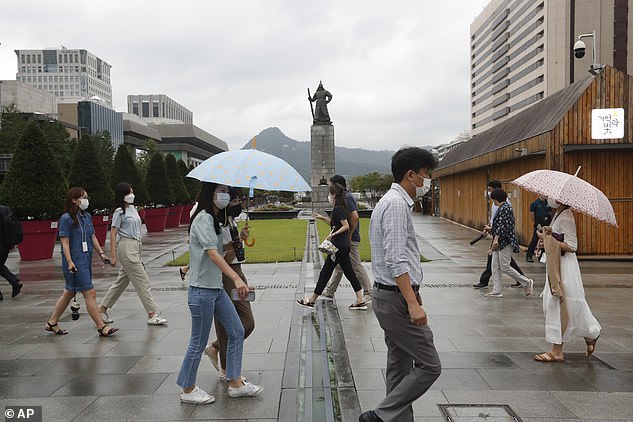 People wearing face masks to help protect against the spread of the coronavirus cross a road in Seoul, South Korea, Thursday, Aug. 27, 2020 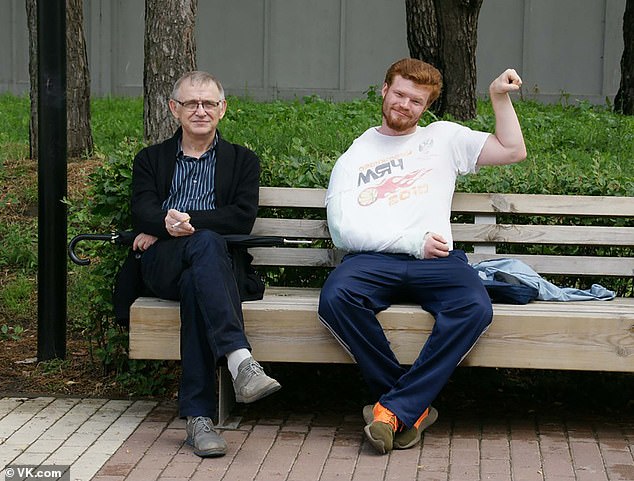 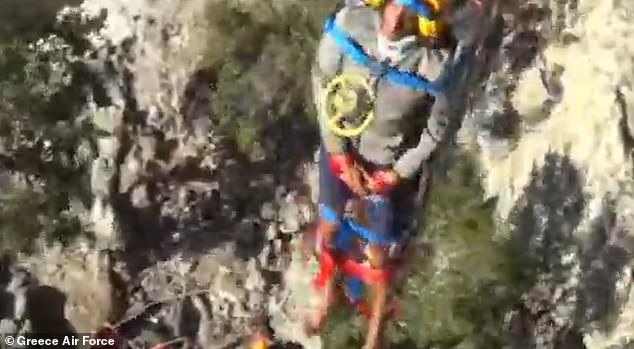 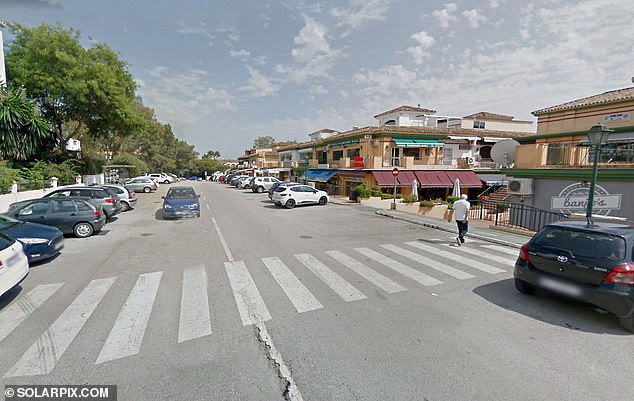