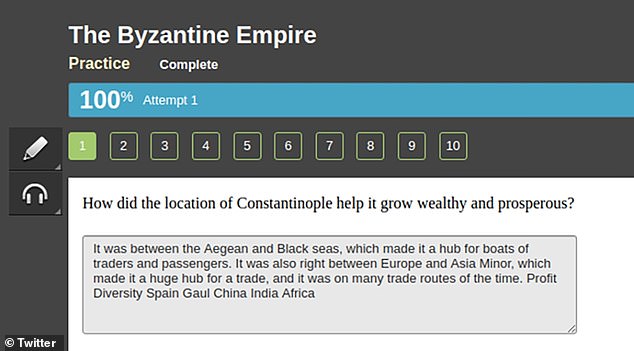 As students across the US return to school, many are adapting to virtual learning amid the ongoing pandemic.

But critics claim Edgenuity, an online learning program adopted by tens of thousands of schools, is flawed.

Edgenuity grades assignments and quizzes using artificial intelligence and one middle-schooler was able to outsmart the system.

By adding a jumble of relevant keywords to their answers, such as ‘word salad,’ the student figured out they could trick Edgenuity’s scoring algorithm and earn perfect scores on short-answer tests – his grade went from a 50 to 100.

Lazare used the word salad technique for this question about Constantinople. ‘Algorithms can’t judge what learning history means,’ said his mom, Dana Simmons. ‘Learning history is not about submitting the correct word’

Dana Simmons, a history professor at the University of California Riverside, says she knew an AI was grading her son, Lazare, when it spit back his score almost instantly.

On Monday, Simmons tweeted that Lazare was in tears over his failing grade.

‘I see this hurt unfold in my child, caused by an automatic grading algorithm that values only rote repetition.’ 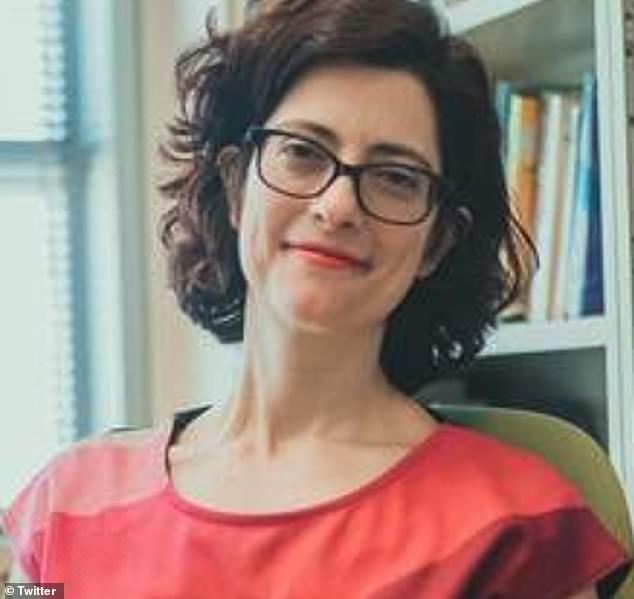 Dana Simmons, a history professor at the University of California Riverside, says she knew an AI was grading her son’s test when it spit back his score almost instantly. She showed him how to game the algorithm by including a ‘word salad’ of relevant keywords at the end of his answer.

So she showed him how to game the algorithm: ‘Write long answers, include lots of proper names, read the ‘right’ answers and replicate them.’

‘The questions are things like… ‘What was the advantage of Constantinople’s location for the power of the Byzantine empire,’ Simmons told The Verge.

‘So you go through, okay, what are the possible keywords that are associated with this? Wealth, caravan, ship, India, China, Middle East -He just threw all of those words in.’

Following that formula, Lazare’s score on the next test shot up 30 points to an 80.

‘What is he learning here?’ Simmons asked on Twitter.

By Tuesday, Simmons announced Lazare had fully cracked the code.

‘Two full sentences, followed by a word salad of all possibly applicable keywords,’ she tweeted. ‘100% on every assignment.’

‘Students on @EdgenuityInc, there’s your ticket,’ she added. ‘He went from an F to an A+ without learning a thing.’

Edgenuity has not commented on the hack, but a developer familiar with the platform told The Verge that short answers make up less than five percent of it’s course content.

But other current and past students told The Verge they also used keyword mashing to game their answers with Edgenuity, and none have seen a teacher change a grade.

According to a FAQ on the Edgenuity website, only 5–10 percent of its coursework needs to be graded by a human teacher.

Started in 1998, the company offers more than 300 online classes for grades K-12 and is being used more than 20,000 schools nationwide.

It provides instructional videos for topics ranging from math to history, plus virtual assignments and online quizzes and exams, which it grades. 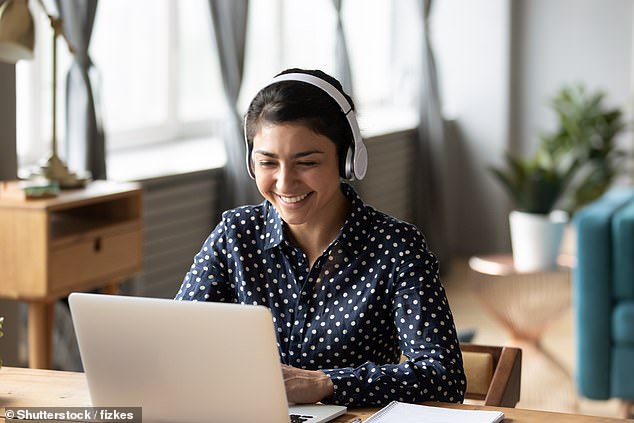 Edgenuity offers more than 300 online classes for grades K-12 and is being used more than 20,000 schools nationwide. It’s system was overwhelmed by the spike in demand following the pandemic and many schools reported problems registering students

It’s system was overwhelmed by the spike in demand following the pandemic and many schools reported problems registering students.

Kennedy Curtis, a junior at Chico High School in Northern California, told the Enterprise-Record she only spends about 15 minutes on Zoom with her real teacher before the class is turned over to a video featuring an Edgenuity instructor.

When Edgenuity assigns homework, Curtis says, the amount of time it estimates to complete an assignment is woefully understated.

‘I would spend two hours on homework for all classes and maybe more for projects. Now I’m spending two hours on one class alone.’

Curtis says she spends 12 hours a day on the computer, plus hours on the weekend trying to catch up.

The program has been in use for barely two weeks in the Chico Unified School District and a petition to abandon it has already garnered more than 1,500 signatures.

John Shepherd, director of secondary and alternative education for CUSD, said he understands the new system is presenting challenges to students, parents and educators.

‘We are attempting to address as many of those challenges as we can knowing that there’s no replacement for in-person instruction,’ he told the Enterprise-Record. ‘We’re going to make adjustments.’

And this week, the Minnesota Department of Education notified schools in Red Wing that outsourcing online education with Edgenuity violated state law, according to PostBulletin.

Any instructor – real or recorded – had to be licensed and under contract with the district they taught in. 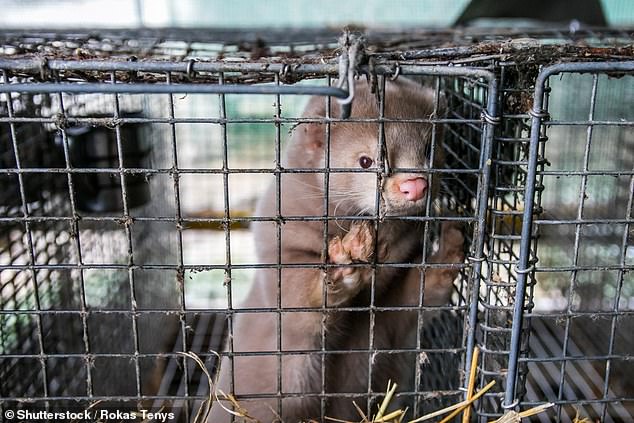 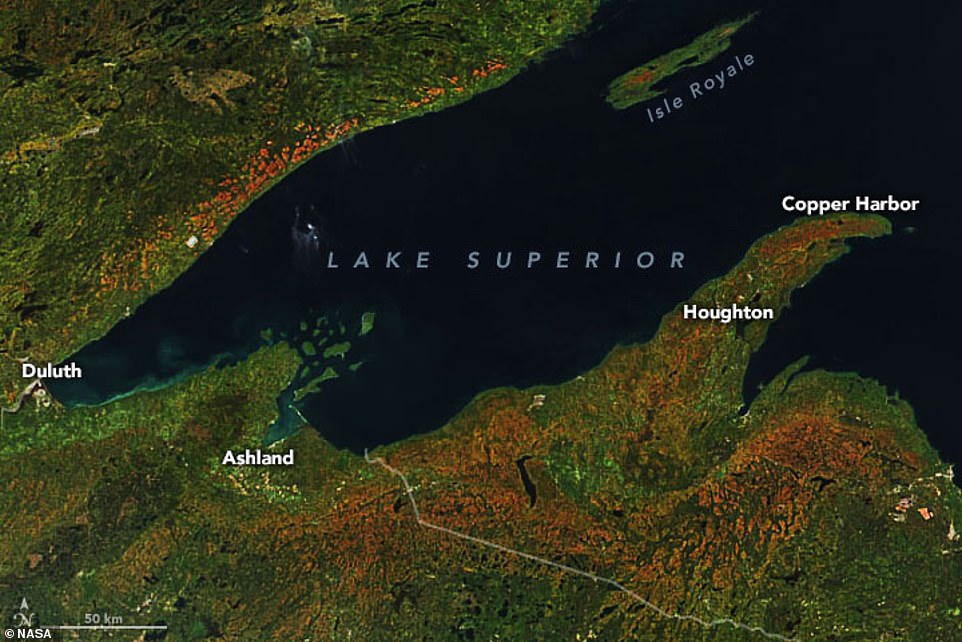