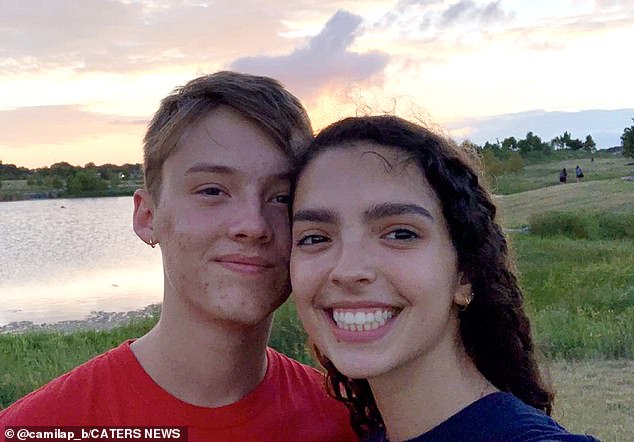 The sweetest boyfriend ever? Teen, 19, sits outside girlfriend’s Texas house every day while she recovers from COVID-19

When his girlfriend tested positive to COVID-19, this sweet boyfriend decided to sit outside her window every day so they could still spend time together, at a safe distance, while she recovered.

Camila Baldasso, 17, had Collin Ouellette, 19, on speaker phone when she was notified about her positive results, despite being asymptomatic, after they were both tested. The couple was devastated by the news.

‘He was sad that we wouldn’t be able to see each other, but told me he’d be there for me the whole time,’ Camila said.

Camila Baldasso, 17 (right) and Collin Ouellette, 19 – a young Texas couple – found a way to still see each other while Baldasso quarantined after testing positive for the coronavirus

Collin never broke his promise, sitting outside her home in Texas every day for an hour or two while she quarantined in her room, bringing puzzles, food and plenty of conversation to keep her occupied.

‘We would eat dinner together when he would sit outside some nights and most of the time we would just talk.

‘He would tell me about his day and one night we looked up questions to ask your partner and we each answered about 100 questions.’ 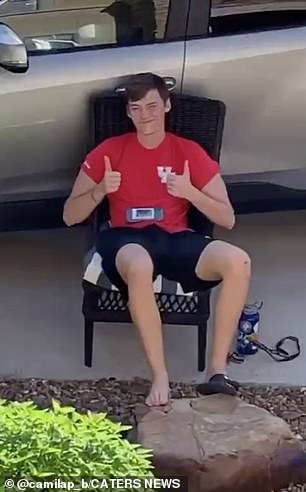 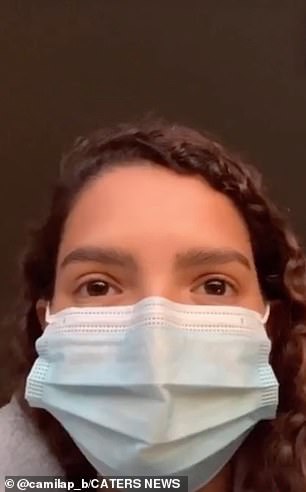 Left: Ouellette sat outside of his girlfriend’s house for one or two hours for each day she was quarantined in her home. Right: While the couple were both devastated when Baldasso (pictured) tested positive for Covid-19, they managed to keep the spark alive while socially distanced

‘I felt bad at times because he would be sitting in some slight rain or getting eaten alive by mosquitos, but he would say it was worth it.’

Camila describes this period as a hard and emotional one, but they dealt with it with these little visits, FaceTime calls and Netflix Party sessions to keep communication constant.

After 10 days of recovery, Camila finally tested negative and called Collin to let him know, who was overjoyed with the good news and came over that same day.

‘When he pulled into the driveway, the first thing I did was give him the biggest hug on earth!

‘Then we went inside, talked to my family, and ate some food together.’ 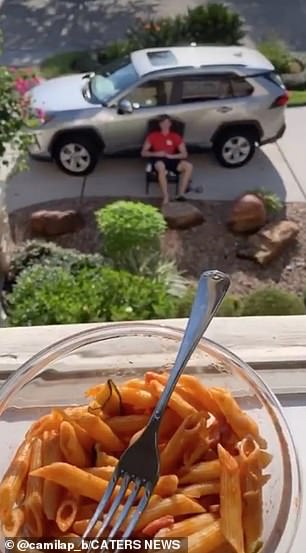 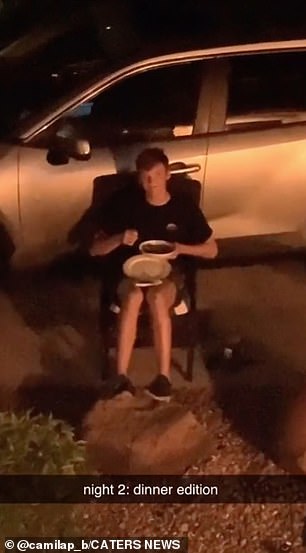 Camila said some nights they would eat dinner together (left and right), but mostly they would just talk. While she said that she felt bad that Collin would be in light rain or being bitten by mosquitos, he would say it was worth it