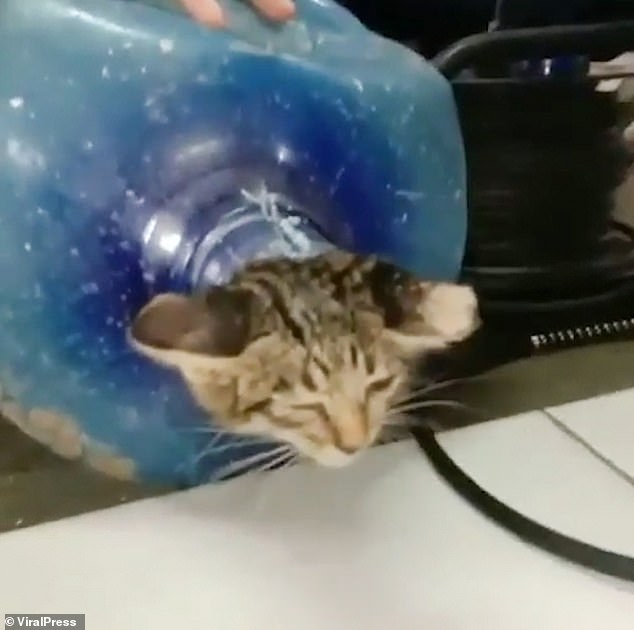 THAT’S a water cooler moment! Kitten is rescued after getting stuck in a plastic bottle

A stray kitten had to be rescued after it was found stuck inside a discarded office water dispenser in Indonesia.

The cat could barely move as its body was trapped in the plastic bottleneck while its head poked outside of the opening.

Firemen believe that a cruel local might have stuffed the kitten inside before leaving it to die.

A stray kitten was found with its head sticking out of the top of a large water bottle (pictured). A concerned local took the kitten to the local fire department in Jakarta, Indonesia

A concerned local who saw the trapped cat took it to the local firefighters in Jakarta, Indonesia’s capital, to ask for help on Thursday, September 3.

The firefighters rushed to rescue the struggling cat out of the bottle, which had a one gallon capacity, by cutting the bottle neck oper using a metal tool.

West Jakarta Fire Service Office head Eko Sumarno said: ‘A kind man asked us to free the cat from the bottle. The man said he would do it himself but he was afraid that he might hurt the cat further if he cut the bottleneck.’ 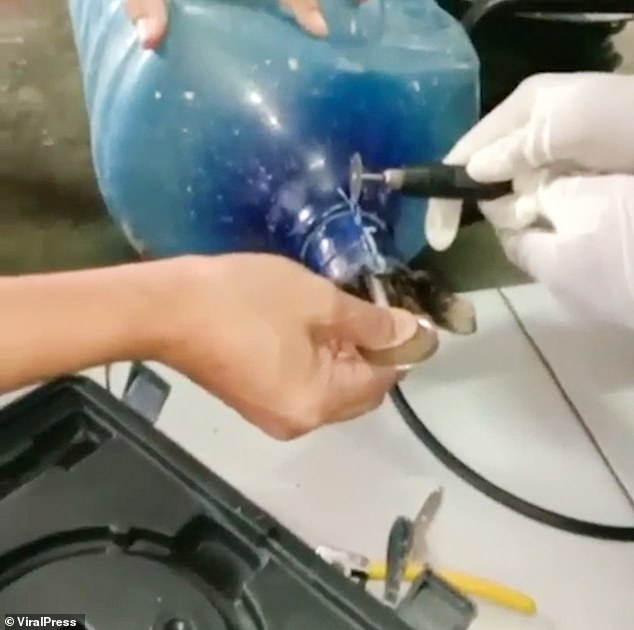 The firefighters worked carefully to free the cat from the bottle. One used a small circular saw to cut a slit down the neck of the bottle, while the other held a metal spoon between the saw and the kitten to protect it from harm 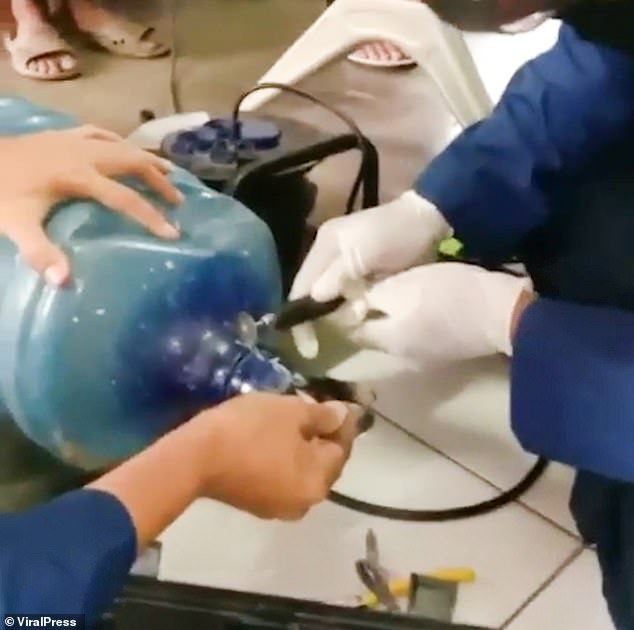 The rescue team first cut open the bottom of the container to easily handle the cat. Afterwards, they cut the bottleneck with a metal cutting tool.

In a video shared of the rescue, two firefighters can be seen working to free the cat from the bottle.

One of the men is shown carefully cutting a slit down the neck of the bottle with a small circular saw. 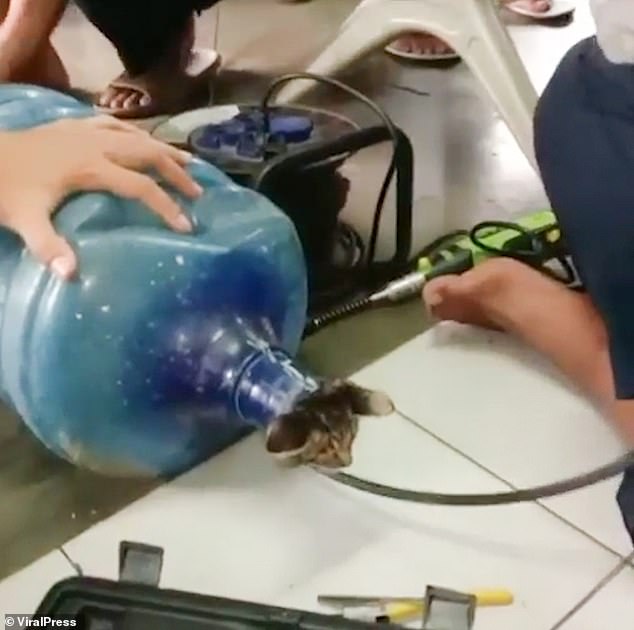 After 30 minutes, the firefighters were able to rescue the kitten from the bottle. The local who brought the cat to the fire department offered to give it a home

The operation required surgical-like precision to ensure that the kitten was not hurt by the tool.

The other man is shown holding a spoon between the part of the container that is being cut and the cat’s body for safety.

The cat was safely freed after 30 minutes and the kind local who took it to the rescuers volunteered to adopt it.

It is still unknown how the cat was trapped on the water gallon, but the firefighter office is now asking residents for evidence if the animal was purposely put inside. 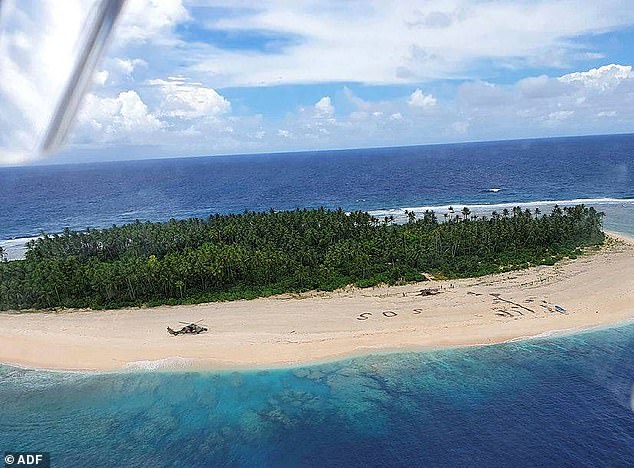 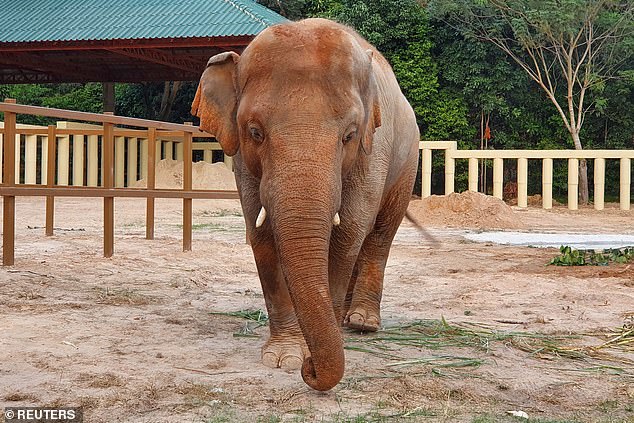 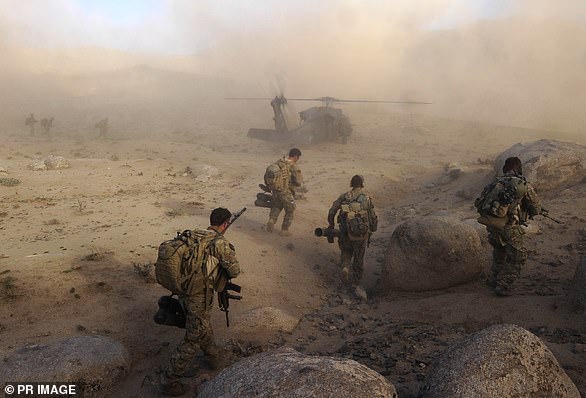