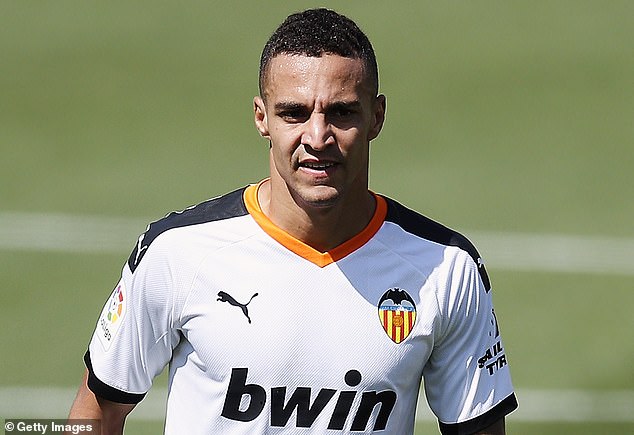 With the coronavirus-provoked cash crisis engulfing football clubs this summer, teams across Europe will be hunting some bargain buys ahead of the delayed 2020-21 season.

With LaLiga concluding last month ahead of various Spanish sides taking part in European competition next week, many players will be hopeful of a big-money, illustrious move to one of Europe’s powerhouses.

Sportsmail counts down 20 players from LaLiga who could be on the move this summer, for cut-price fees. 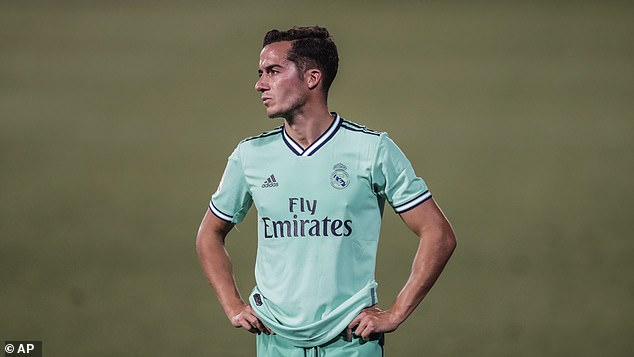 Atletico Madrid do not want to sell their prized asset Jan Oblak or their record signing Joao Felix this summer.

Jose Gimenez is another player who Diego Simeone desperately does not want to lose.

But the club’s financial situation dictates that they will have to cash-in on someone this summer and it could well be the French winger Lemar who has never convinced in the Spanish capital, but must still have some of the magic that made him such an exciting prospect at Monaco.

He is still a reported target of Arsenal’s. 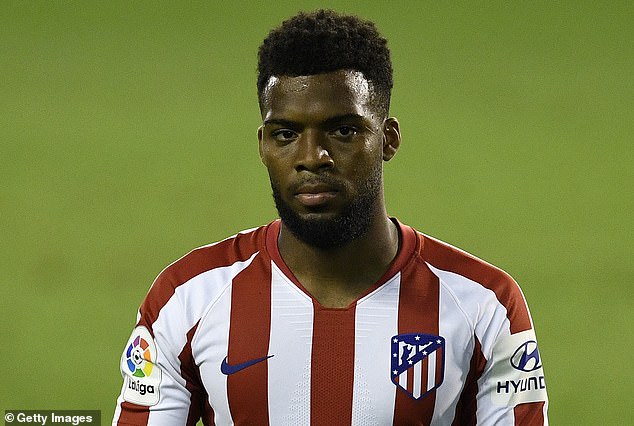 The 28-year-old defender is too good for Spain’s second division, which is where his Leganes side now find themselves after relegation on the last day.

No one did more for their battle to avoid the drop than Bustinza, who was on crutches shouting from the stands for the third-last game and then miraculously recovered to be back out on the pitch for the final two matches.

He can play at centre back in a two or a three, at right back, or even right wing-back. 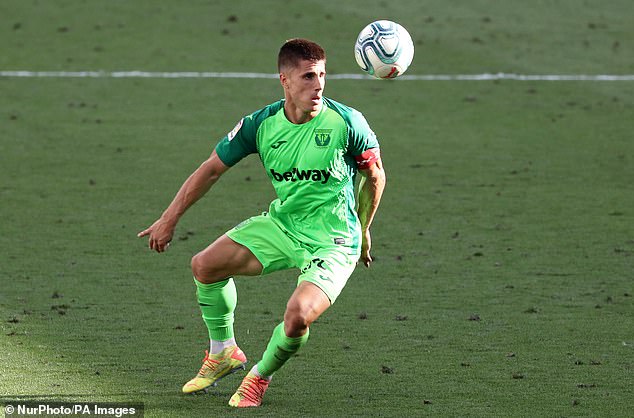 It would only be a loan, because there is no way Real Madrid will allow their 19-year-old Japan international to leave for good.

He probably won’t go back to them yet – but he can’t stay at relegated Mallorca. 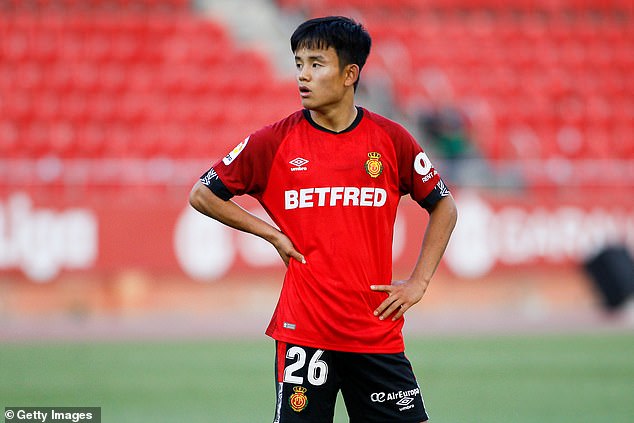 Perhaps not the Sergio Busquets clone that some thought he might be when he first emerged, but 23-year-old defensive midfielder Roca remains one of the best young players in his position.

Espanyol were relegated so will have to listen to offers.

He even added goals and game-changing passes in the final third to his game this season. 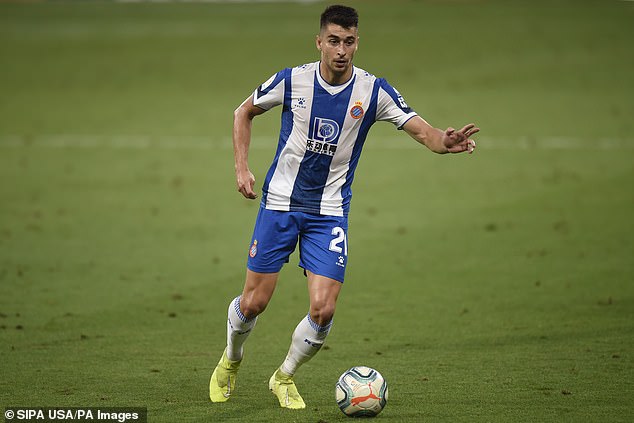 Now back at Watford, Cucho’s year at Mallorca ended in relegation but he did all he could to keep them up.

His brilliant goal put them 1-0 up against Granada in the penultimate game of the season, only for them to lose 2-1.

If Watford don’t take him back, there will be no shortage of takers. 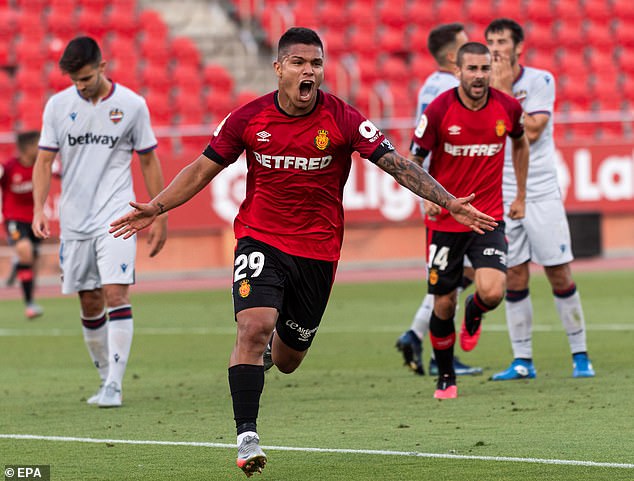 He’s been Mr Reliable again for Zinedine Zidane this season, but with so many young players emerging, and in the last year of his contract, he might look for pastures new next season.

An old fashioned right winger who can also play at right back, the 29-year-old delivers with quality and consistency. 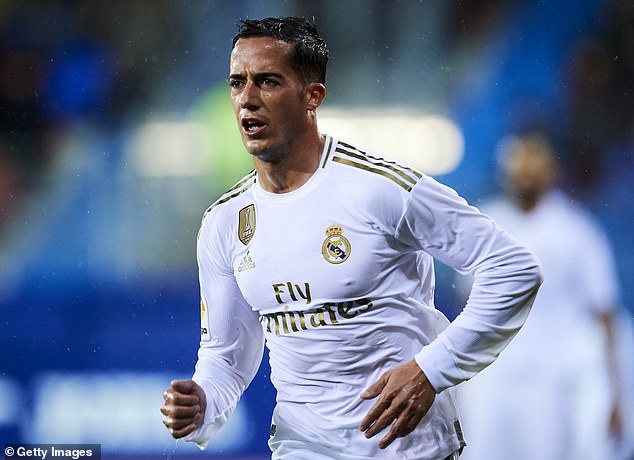 Barcelona need to sell and it seems they have decided, of their two young centre backs, they want to keep Ronald Araujo and let Todibo leave.

The 20-year-old right-footed defender went out on loan to Schalke last year. 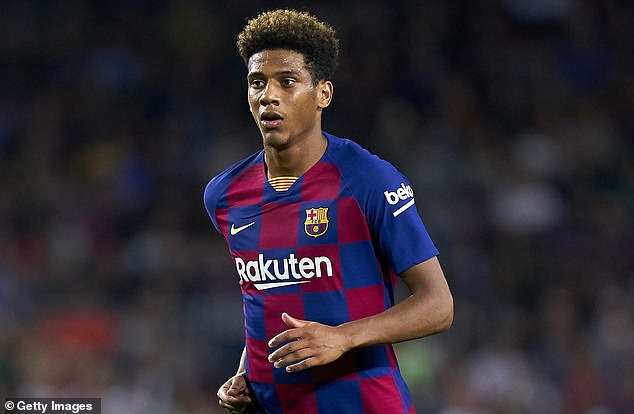 Bought in January to score the goals to keep Espanyol up, he scored five goals in five games when he arrived.

Espanyol still went down and will now probably lose him. Explosive around the area, he also has the intelligence to play with his back to goal.

A former Real Madrid youth team player who has not given up on making the Spain squad next summer for the delayed European Championships. 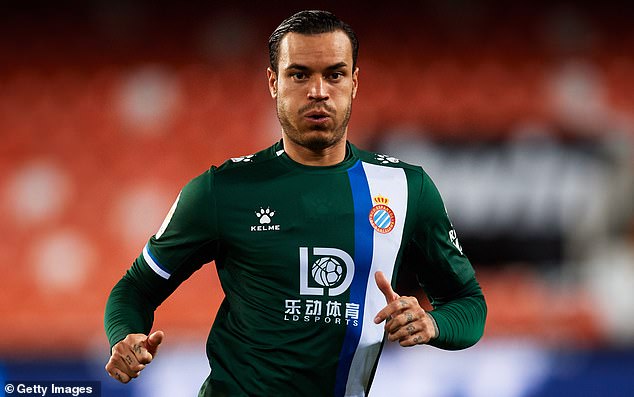 Spain’s first choice centre forward finds himself on the brink of leaving for a third time this summer.

Last year he had cleared his locker and said goodbye to team-mates thinking that Atletico Madrid beckoned.

Valencia have tumbled out of European competition so their asking price for the 29-year-old might come down, too. Barcelona considered signing him last January. 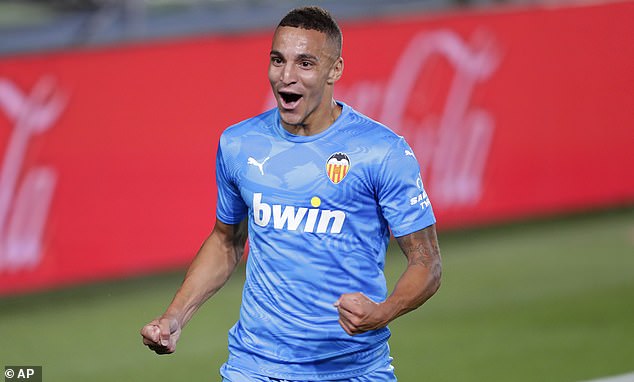 He goes back to Real Madrid on loan after his two-year spell at Leganes, but they have 36 players so he will struggle to stick around.

He scored nine goals from midfield this season, many of them spectacular.

Villarreal are in pole position to take him, but they will not be the only interested party. 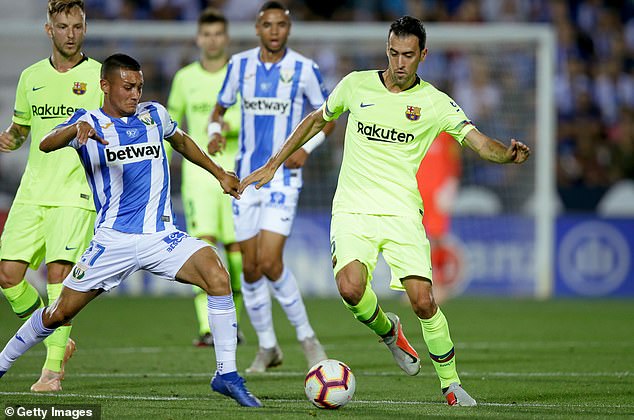 The captain of the Valencia side that beat Barcelona in the Spanish cup final last season has been told to find himself another club.

A season out of Europe will mean they can no longer afford their skipper.

He is 29 now, but worth the valuation because he runs games, scores goals and takes responsibility. 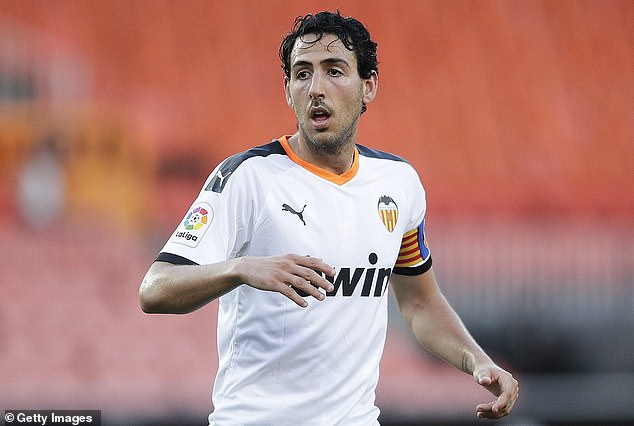 Forget his lost season at Real Madrid and focus on the goals he scored for Eintracht Frankfurt the previous year.

He has struggled to fit in at Madrid, where he has coincided with Karim Benzema’s best year, but he remains a natural finisher who just needs to be important within a team. 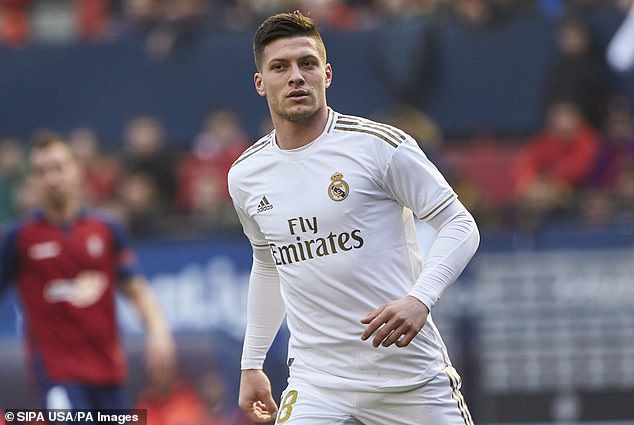 Back at Manchester City after his loan at Granada, Herrera is now wanted at Valencia as Parejo’s replacement.

The 22-year-old helped power Granada from a newly promoted side to a Europa League team for the first time in their history.

Hugely impressive in the midfield of the revelation team of LaLiga. 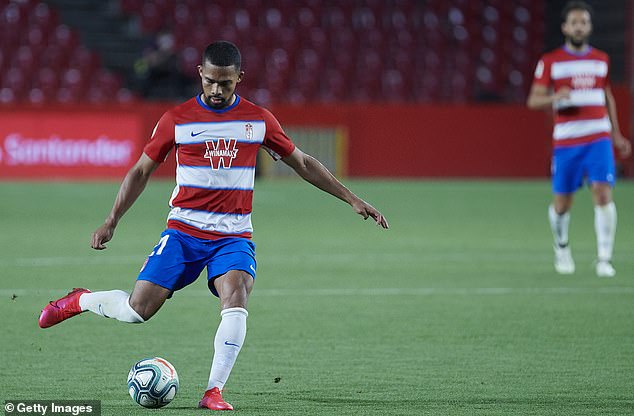 Getafe centre back Djene was looked at by Premier League clubs, but was ultimately overlooked at the end of last season.

Once again he was solid in the centre of Getafe’s mean defence this season.

He can play anywhere across the back four and has the spring and athleticism to make up for not being the tallest. Getafe are out of Europe which might provoke a squad-refresh. 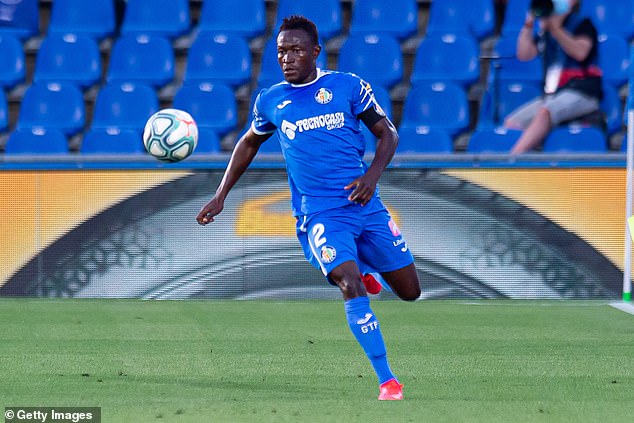 Another one of Granada’s Europa League heroes.

The 24-year-old was on loan from Sevilla, where he scrapped hard for his 10 goals, learning from veteran Roberto Soldado who he played instead of, and later alongside.

Awkward for defenders, Granada would love to keep him. His valuation looks far too low. 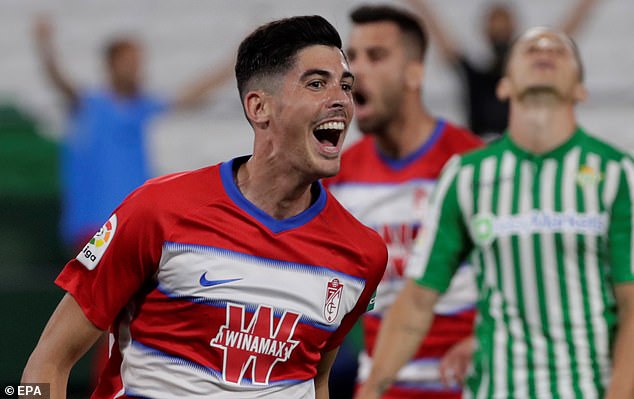 On loan from Sevilla, Carlos Fernandez’s goals were vital for Granada’s stunning season

Getafe’s tireless left-sided midfielder came through at Barcelona and they will still be entitled to 10 per cent of his fee if he is sold.

A former left back who has taken the step forward into midfield, he could yet step back again and play as a defender in the right team.

At 21, he remains a huge prospect who might have outgrown Getafe. 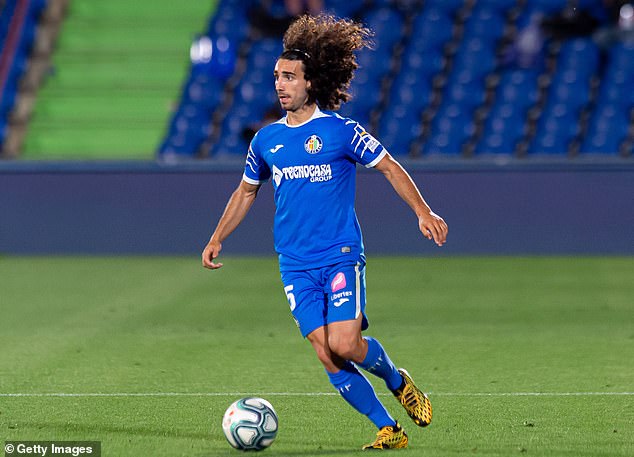 Marc Cucurella, 21, remains a huge prospect who might just have outgrown Getafe now

Interested clubs will have to speak to Watford, not Osasuna where he enjoyed a very good season on loan.

His ability to carry the ball forward and whip crosses in at pace make him hugely effective going forward.

He got better defensively as the campaign went on and was in many people’s team of the season. 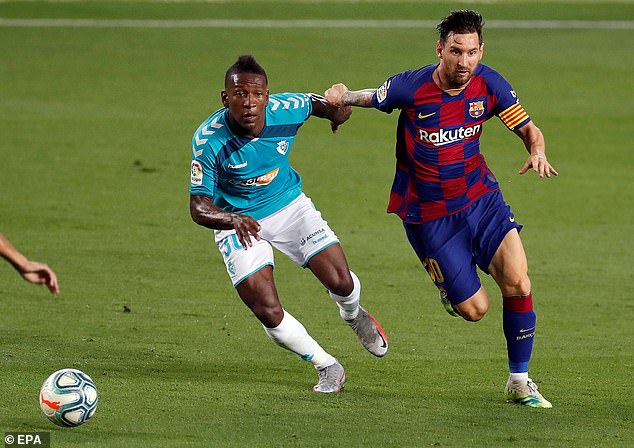 The Croatian centre forward scored 13 goals in a struggling Mallorca team that eventually went down.

Two of those goals came at the Nou Camp.

The 28-year-old is too good for Spain’s second tier and is unlikely to stay. 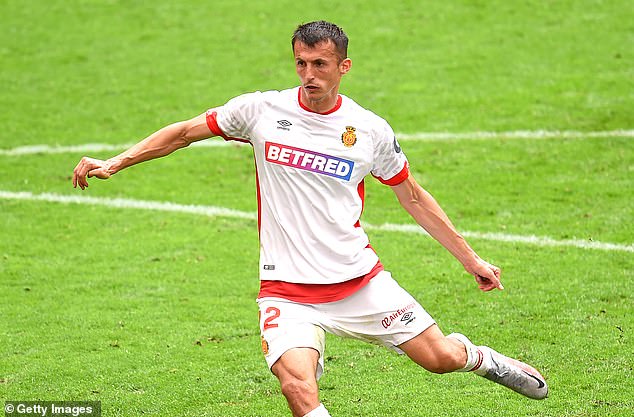 Signed for €15m last summer from Nantes, the 27-year-old Brazilian has probably been LaLiga’s best defender this season along with Madrid pair Sergio Ramos and Raphael Varane.

Likened to Virgil van Dijk for the physically imposing presence, Sevilla know it might be hard to hang on to him. 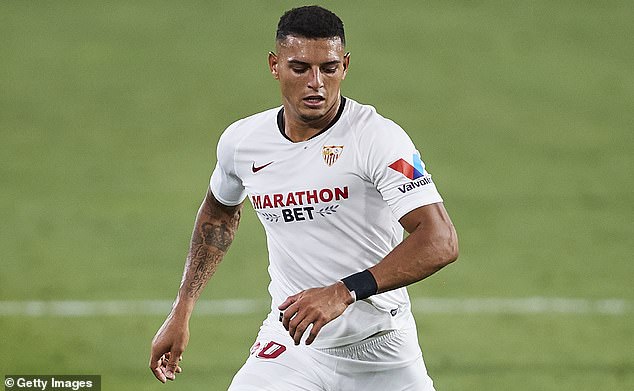 Probably the most exciting thing seen at Valencia since the days of Juan Mata, David Silva and David Villa. And will probably be sold as they all were.

Manchester City look to be the best placed to sign him in a cut-price deal with the player agreeing a five-year contract with Pep Guardiola’s side. 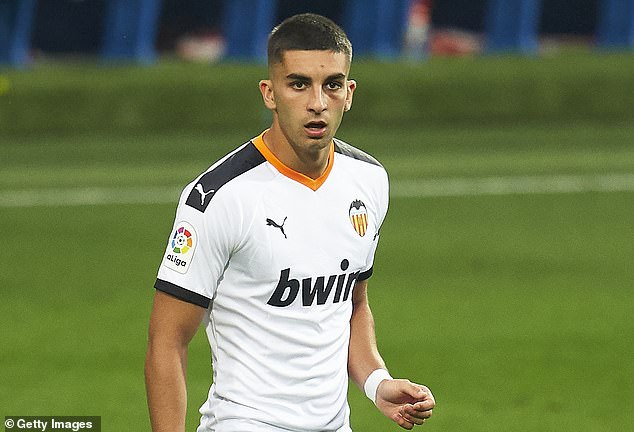 Valencia’s Ferran Torres could be moved on, with Manchester City closing in on the youngster 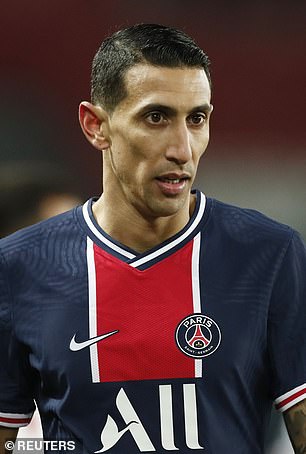 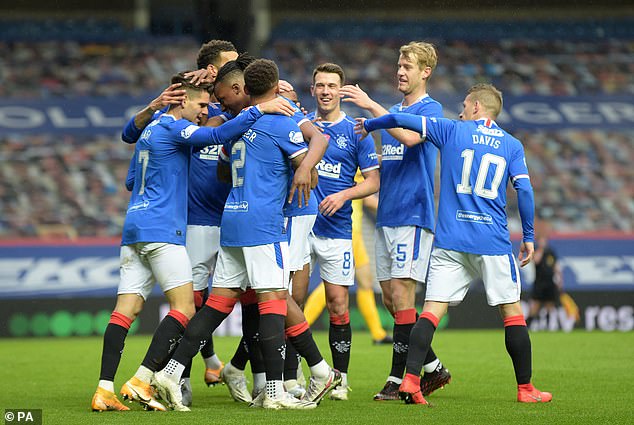 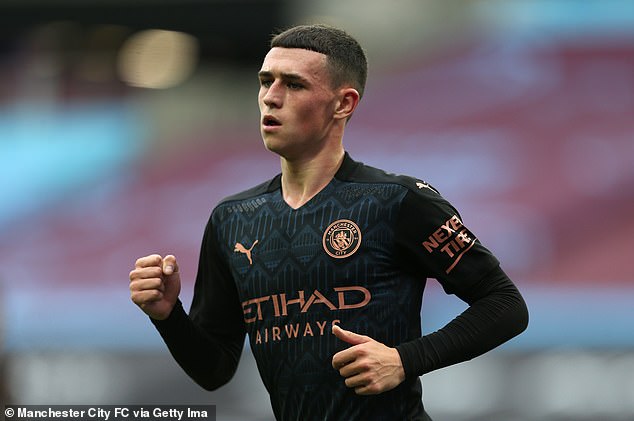 Man City: Joe Cole heaps praise on Phil Foden after he climbs off the bench to rescue a point