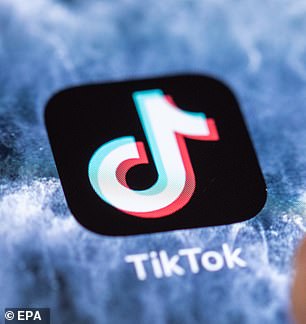 By Jennifer Smith For Dailymail.com

TikTok will be sold to a US company in the next 48 hours, sources close to negotiations say

TikTok will be sold within ‘coming days’ to either Microsoft and Walmart or Oracle, in a $20-30billion deal that comes three months before Trump’s deadline for the Chinese-owned video app to be sold to a US entity.

Both Microsoft and Oracle expressed interest in the app after Trump ordered ByteDance, the Chinese tech company that owns it, to sell it to a US entity or risk losing all its American customers.

He said it was a national security risk because it had access to more than 100million Americans’ data.

On Thursday it emerged that Microsoft and Walmart were teaming up in their bid. It came after fears among US investors in ByteDance questioned whether they’d have a place in a Microsoft sale.

The Wrap cited sources who said Oracle was the preferred buyer and that their offer – which has the backing of Trump – is $10billion in cash and $10billion in Oracle stock.

Half of TikTok’s profits will go back to ByteDance for two years, their sources said.

Larry Ellison, who owns Oracle, is a Trump donor. Trump backed Oracle as the buyer earlier this month, calling it a ‘great company’ and saying: ‘I think that Oracle would be certainly somebody that could handle it.’

In a statement announcing their partnership with Microsoft on Thursday, Walmart said it was eager to be involved in the app which has merged e-commerce with social media and video. 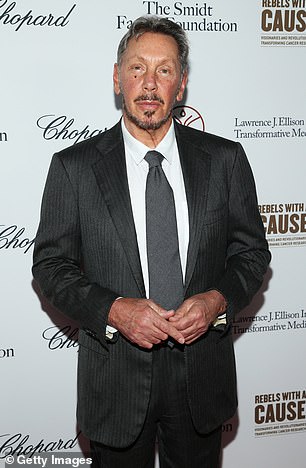 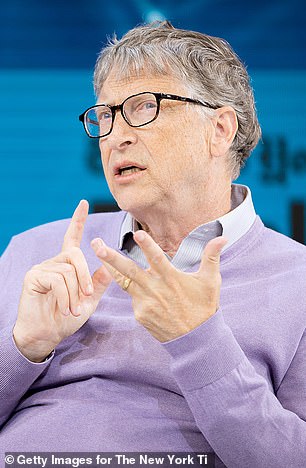 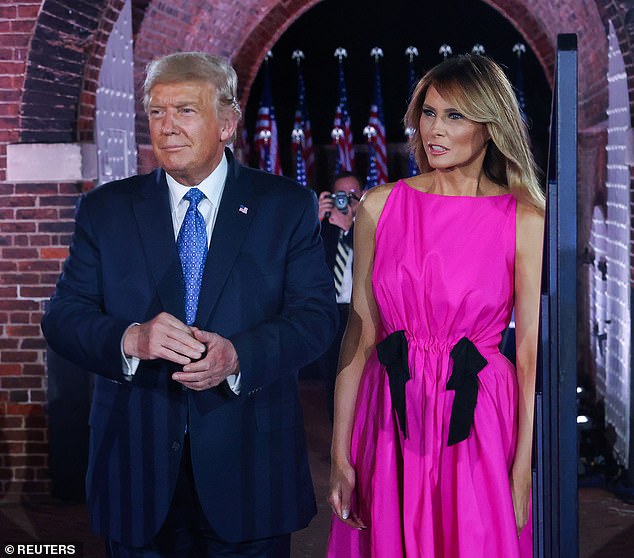 President Trump (pictured last night at the RNC with First Lady Melania Trump) gave the Chinese company until November 12 to make a sale or have it banned in the US, one of its largest markets 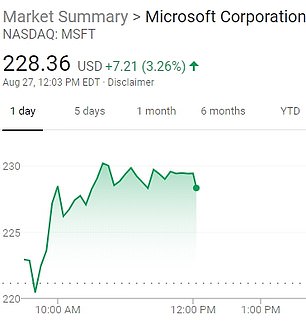 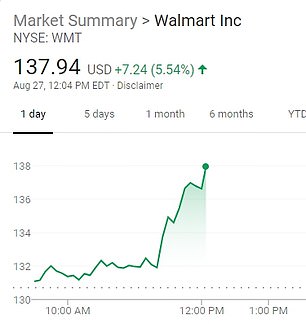 ‘We believe a potential relationship with TikTok US in partnership with Microsoft could add this key functionality and provide Walmart with an important way for us to reach and serve omnichannel customers as well as grow our third-party marketplace and advertising businesses. 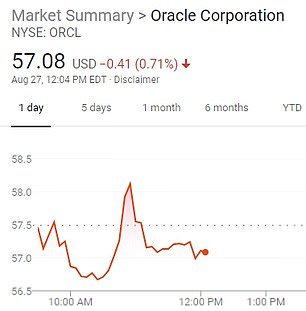 Oracle’s stock was marginally down

‘We are confident that a Walmart and Microsoft partnership would meet both the expectations of US Tik Tok users while satisfying the concerns of US government regulators,’ the company said in a statement.

Microsoft founder Bill Gates has been hesitant about the deal, referring to TikTok as a ‘poisoned chalice’.

However according to reports, Oracle is being backed both by ByteDance’s US investors and by the White House.

Earlier this week, The Wall Street Journal reported that General Atlantic and Sequoia Capital- two major US investors in ByteDance – were pushing Oracle’s bid over Microsoft’s. 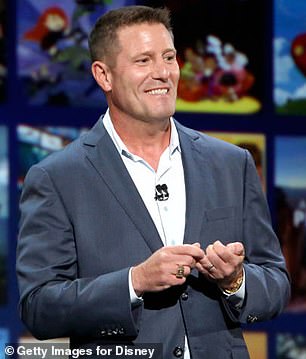 It has also been reported by CNBC that TikTok CEO Kevin Mayer quit after being cut out of negotiations surrounding the sale.

Announcing his resignation, Mayer wrote in his memo: ‘In recent weeks, as the political environment has sharply changed, I have done significant reflection on what the corporate structural changes will require, and what it means for the global role I signed up for.

‘Against this backdrop, and as we expect to reach a resolution very soon, it is with a heavy heart that I wanted to let you all know that I have decided to leave the company.’

It was reported previously that Facebook CEO Mark Zuckerburg planted the seed for Trump to ban the app during a meeting in September last year.

Instagram, one of Facebook’s companies, recently launched Reels to compete with TikTok.