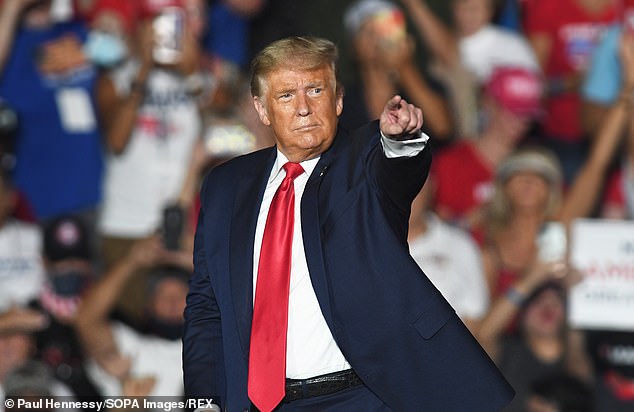 The World Health Organization has urged leaders to stop using lockdowns as a ‘primary control method’ amid the coronavirus pandemic, prompting President Trump to tell a Florida rally that he was right all along.

Trump stepped out Monday for his first campaign event since he came down with coronavirus and defended his stance on keeping the economy open after the WHO noted the devastating impact the COVID-19 outbreak has had on the poor.

‘We really do appeal to all world leaders: stop using lockdown as your primary control method,’ WHO envoy Dr. David Nabarro told the Spectator magazine.

‘We in the World Health Organization do not advocate lockdowns as the primary means of control of this virus,’ he added to the British publication as the UK braced for renewed restrictions amid a surge in infections.

On Monday President Trump told his supporters about WHO: ‘They corrected themselves today and said I was right’ 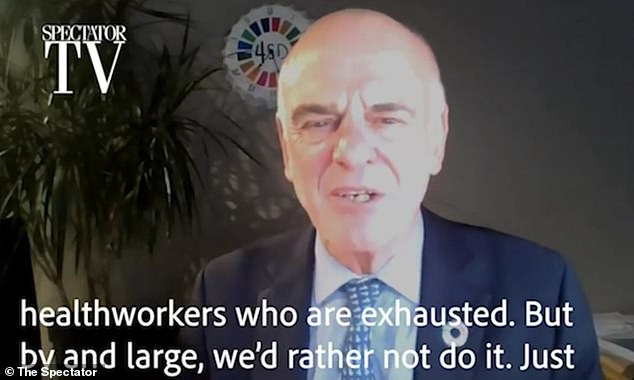 It was after WHO envoy Dr. David Nabarro told the Spectator magazine last week: ‘We really do appeal to all world leaders: stop using lockdown as your primary control method’

‘The only time we believe a lockdown is justified is to buy you time to reorganize, regroup, rebalance your resources, protect your health workers who are exhausted, but by and large, we’d rather not do it.’

Trump has been criticized for not closing boarders sooner after the outbreak reached US shores but he has insisted he did so earlier than other politicians would have liked.

On Monday he told his supporters about WHO: ‘They corrected themselves today and said I was right.’

In an interview published last week Nabarro went on that ‘lockdowns just have one consequence that you must never, ever belittle, and that is making poor people an awful lot poorer.’

‘Just look at what’s happened to the tourism industry in the Caribbean, for example, or in the Pacific because people aren’t taking their holidays,’ he told Andrew Neil.

The World Health Organization also said on Monday that herd immunity plans were unworkable, and required mass vaccinations to work. However Trump has insisted that a vaccine is on the way very soon. 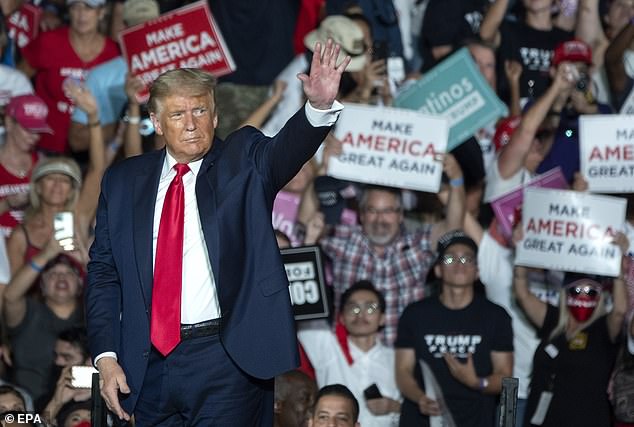 ‘Why are we paying $500 million a year and China which has 1.4 billion people is paying $39 million,’ Trump told the Florida crowd on Monday regarding pulling the US out of the WHO

‘We recognize that at certain points, some countries have had no choice but to issue stay-at-home orders and other measures, to buy time,’ WHO chief Tedros Adhanom Ghebreyesus said Monday.

He added: ‘WHO is hopeful that countries will use targeted interventions where and when needed, based on the local situation.

Seemingly conflicting messages have led to disagreements with Trump to him pulling the US out of the organization.

‘Why are we paying $500 million a year and China which has 1.4 billion people is paying $39 million,’ Trump told the Florida crowd on Monday. 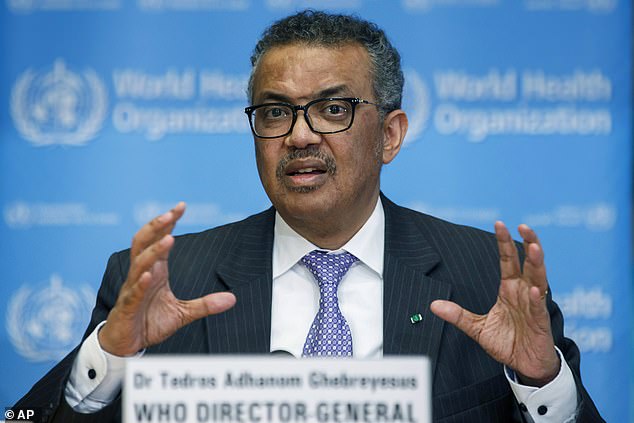 WHO chief Tedros Adhanom Ghebreyesus said Monday: ‘WHO is hopeful that countries will use targeted interventions where and when needed, based on the local situation’ but that lockdown should only be used to ‘buy time’

‘I said; explain that. They couldn’t explain it. It was very hard to explain.’

Critics have excoriated Trump for his handling of the crisis, with more known infections and deaths in the United States than anywhere else in the world.

‘I went through it and now they say I’m immune… I feel so powerful,’ Trump told a cheering crowd in Florida, few of whom wore masks.

His claim of immunity is unproven.

WHO also said on Monday that herd immunity wouldn’t work until 95% of the population is vaccinated and warned that letting the pathogen run free to achieve herd immunity was ‘scientifically and ethically problematic’.

‘Herd immunity is achieved by protecting people from a virus, not by exposing them to it. Allowing a dangerous virus that we don’t fully understand to run free is simply unethical. It’s not an option.’

Johnson & Johnson has been awarded about $1.45 billion in US funding under Operation Warp Speed, championed by President Trump, who is keen for a political boost ahead of the November election with a coronavirus breakthrough.