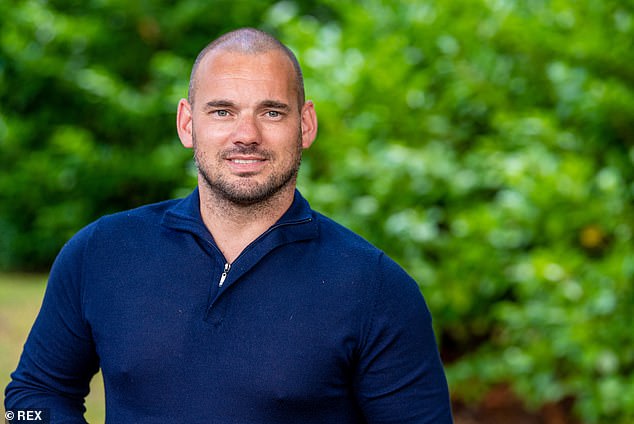 Even at the age of 36, Wesley Sneijder still feels he has a point to prove.

The Dutch international, who hung up his boots last year, is taking them down from their peg and dusting them off in a bid to live out one final hurrah with his hometown club FC Utrecht.

It is a road to redemption that will begin with training sessions at DOS Holland Stichtse Boys, or DHSC for short, and that will end, he hopes, with a swansong in Holland’s top flight, and a chance to showcase his undoubted talents one last time.

That he is not yet prepared to let go of his career speaks much to a feeling that there is something unfulfilled. A feeling the player has spoken openly about after taking time to reflect following his retirement.

For all the accolades he received as a player – from La Liga titles, to Champions League winner’s medals – there is a sense of regret, that talent has been wasted.

For a player once talked about as a serious upgrade on David Beckham at Real Madrid, a season spent in the obscurity of Qatar with Al-Gharafa did not seem to be the logical conclusion to a career that promised so much.

That it ended that way was largely down to a self-professed rock-‘n-roll lifestyle, a penchant for enjoying the nightlife of the cities he stayed in and a taste for drink that even his team-mates warned was far from healthy.

A lifestyle that has also cost him his two marriages, to  Ramona Streekstra and Yolanthe Cabau. 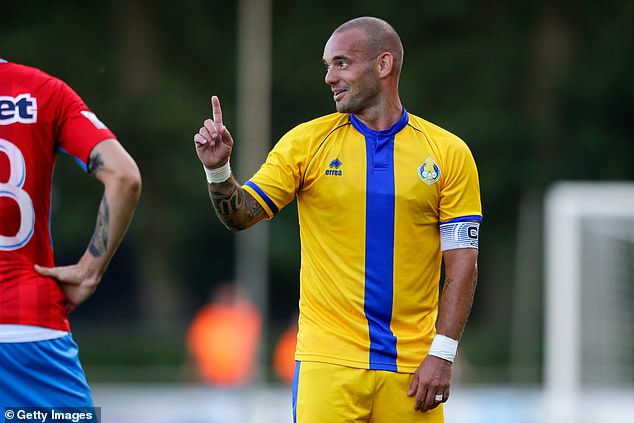 The release of his biography has forced Sneijder to address these issues head on, and with the soul-searching has come the conclusion that he has yet to finish delivering on his early promise.

That promise was clear from the outset, as he turned heads at Ajax, where he began his youth career in 1991.

International recognition followed, as did Dutch Cups and league titles, enough to capture the attention of Europe’s biggest club.

He was seen as an automatic replacement for David Beckham, an upgrade, in fact according to then boss Bernd Schuster.

‘Beckham was a right winger more than anything else, and Sneijder, despite the fact that he has a similar touch on the ball to the Englishman, can cover more ground,’ enthused the German.

Even rivals were begrudgingly impressed. His fellow countryman Frank Rijkaard put team colours aside to give his own honest assessment.

‘He plays well with both feet, he can play as a midfielder or in an attacking central role, he has a good mentality and the character of a winner,’ said the Barcelona boss.

There were three goals in his first two games and initial excitement that Real had captured one of the most influential players of a generation.

But off the pitch, all was not quite as serene. A liking to late nights and parties began to emerge as a real problem for the midfielder, who admits that one particularly raucous night out set the tone for his stay in Spain. 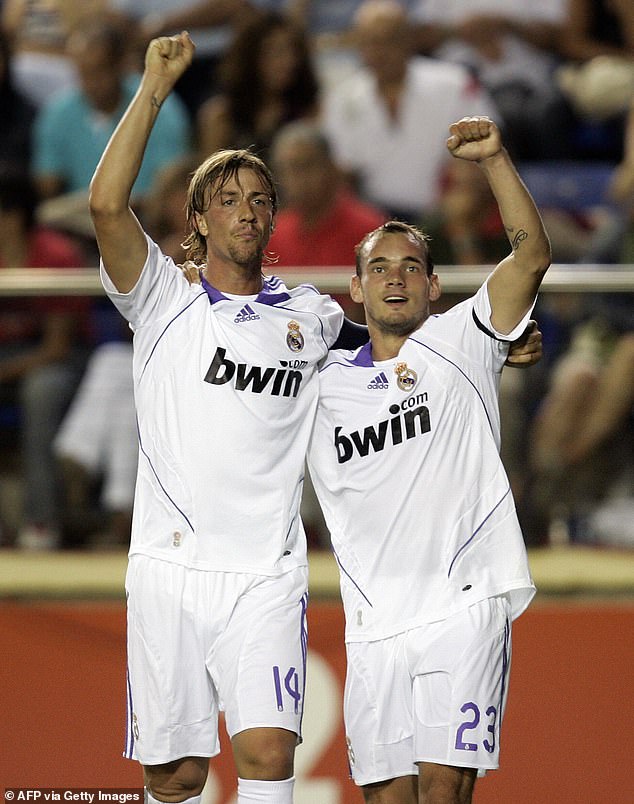 Sneijder spoke about his late-night escapades as a player, and often would be out with Guti

Speaking to Dutch newspaper De Telegraaf, Sneijder revealed: ‘Once me and my wife partied at an Armani show with George Clooney, Megan Fox and some Bollywood stars.

‘We got home at six o’clock in the morning and the day after, I scored a goal and assisted another against Werder Bremen in the Champions League.

‘After I saw that was possible, I wasn’t afraid to repeat it!’

And repeat it he did. Opening up in his biography, he explained: ‘’I got sucked into it. I was young, I was enjoying success and I was loving all the attention. That is where it must have gone wrong for me later in my life.

‘I didn’t do drugs, but I did do booze and had a rock-‘n-roll lifestyle as one of the stars of Real Madrid. All the things I was up to were all covered up.

‘Even when I was absolutely drunk, rolling on the streets and spending thousands of euros paying for all the drinks in every place.

‘I was weak and did not show any resistance. I let people treat me like a star. There was always a team-mate with me at Real Madrid – and usually that was Guti.’

Team-mates voiced their concern. Arjen Robben and Ruud van Nistelrooy both cornered their compatriot in a bid to talk some sense into him, but the damage was done.

A move to Inter followed, and the pinnacle of his career as he helped the Italian giants to a historic treble under the guidance of Jose Mourinho. 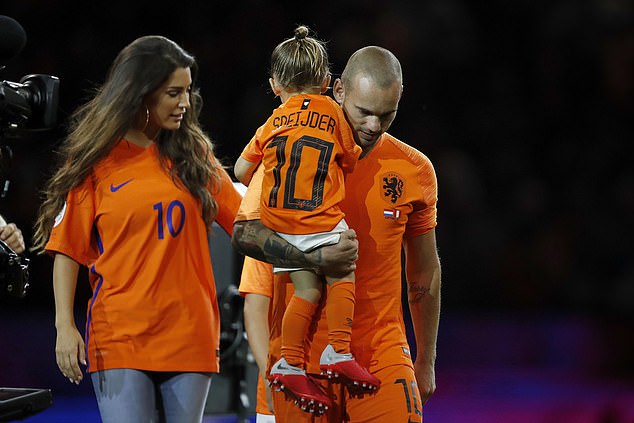 Sneijder has admitted his wild lifestyle has cost him his two marriages, including his most recent relationship with Yolanthe Cabau

In truth, though, his move in 2009 spelled out his stature in the game. His move to Serie A helped Real recover some of the cash forked out for Cristiano Ronaldo, demonstrating exactly at whose feet they felt the future of the sport lay.

‘I could have become like Messi or Ronaldo. I simply didn’t feel like it,’ Sneijder recently insisted to Italian journalist Gianluca Di Marzio.

‘Leo and Cristiano are different, they have made many sacrifices, and that’s fine with me. 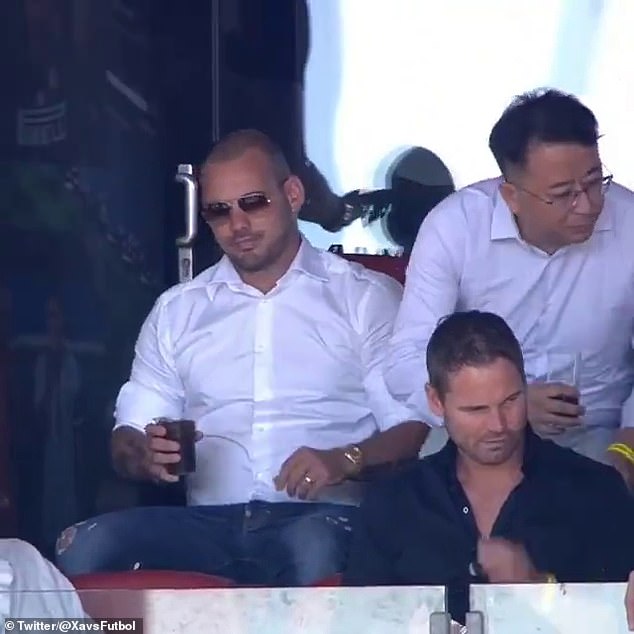 ‘My career, however, was still amazing.’

The chasing of the finer things in life have caught up with him. His desire to get back on the pitch is partly fuelled by a focus to get back in shape.

But, as his brother reveals, there is a second motivation at play.

‘Wesley wants to lose weight and be busy. He did say that it might give him an itch to play again,’ said Jeffrey, who is a member of DHSC’s technical staff.

‘He’s been out for a while. Wesley wants to experience what it is like to be back on the field after a while without football and regain the sense of enjoyment.’

Matching his sense of enjoyment off the field with a feeling of satisfaction on it would be a far more fitting end to this Dutch maestro’s career. 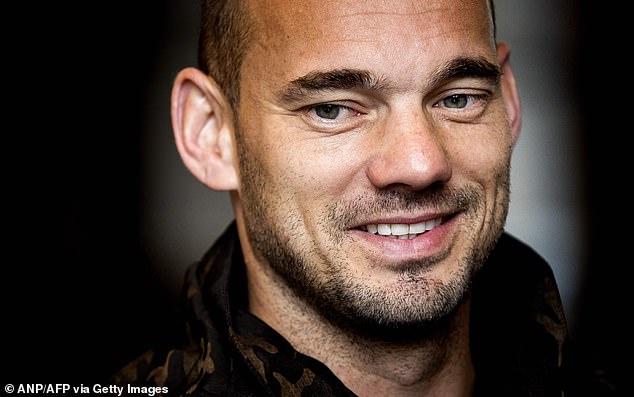 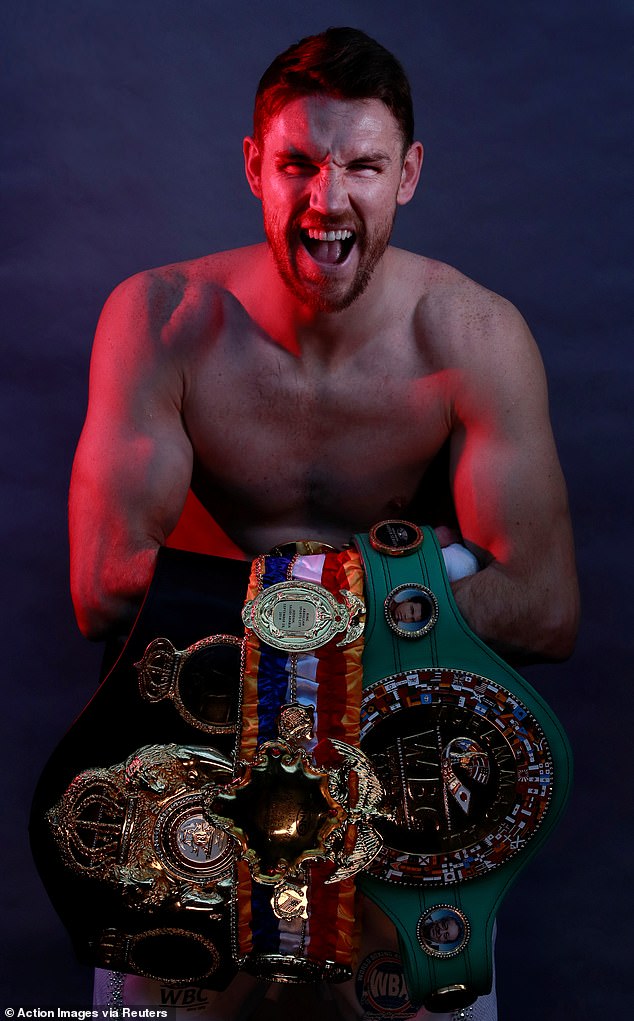 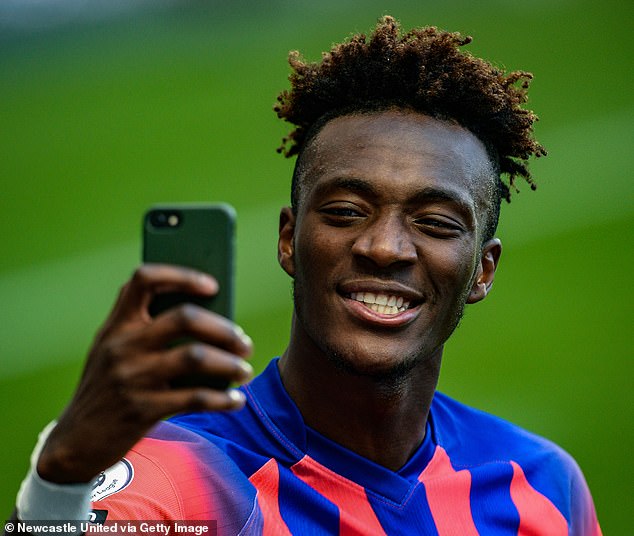