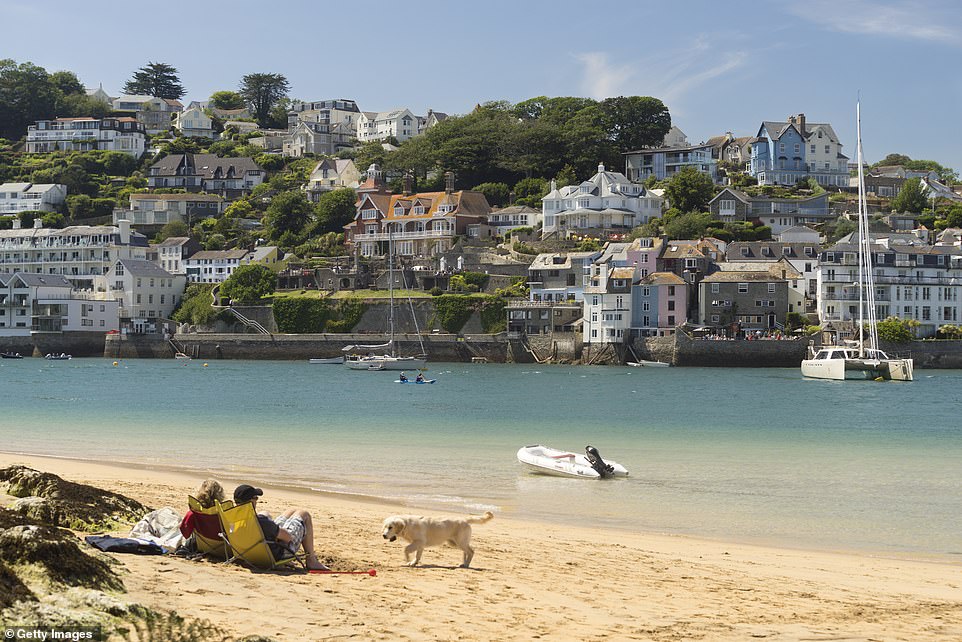 Slash cost of your staycation by switching to a spot nearby: How you can save hundreds of pounds by swapping trendy resorts with areas just as nice only a few miles away

By Sean Poulter Consumer Affairs Editor For The Daily Mail

Families can save hundreds of pounds by swapping trendy staycation resorts with areas just as nice only a few miles away.

Hotel prices in destinations popular with City financiers and celebrities are much higher than equally attractive alternatives a short drive away.

The figures come from a survey by Which? and throw a lifeline to those denied a foreign holiday this year and unable to afford the better known resorts.

The biggest saving was in Devon, where an average of £59 a night could be saved by swapping one coastal destination for another just 20 miles away.

For those looking for a waterside holiday, Salcombe, Devon, costs an average of £209 per night 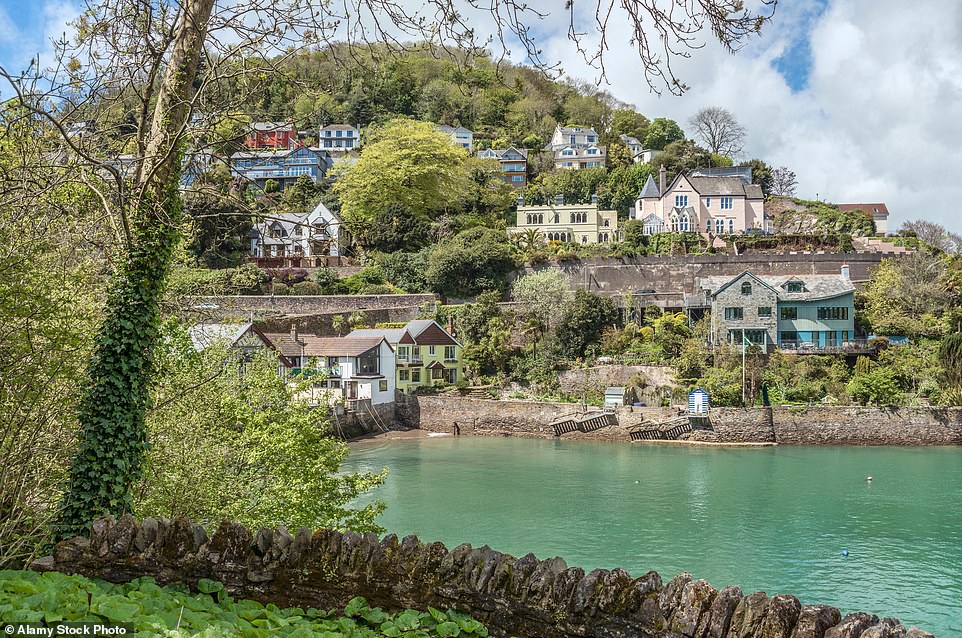 Only 20 miles down the road, holidaying in Dartmouth could save £59 per night as average hotel prices are £150

Which? said the average cost of a hotel room in Salcombe, which has become known as ‘Chelsea-on-Sea’, was £209 a night.

However, further down the coast in Dartmouth, the average price of hotel rooms was £150 a night.

And Dartmouth is no poor relation. It received the second highest ranking in Which?’s recent survey of seaside towns and villages, achieving a customer score of 84 per cent with praise for its scenery and tourist attractions. 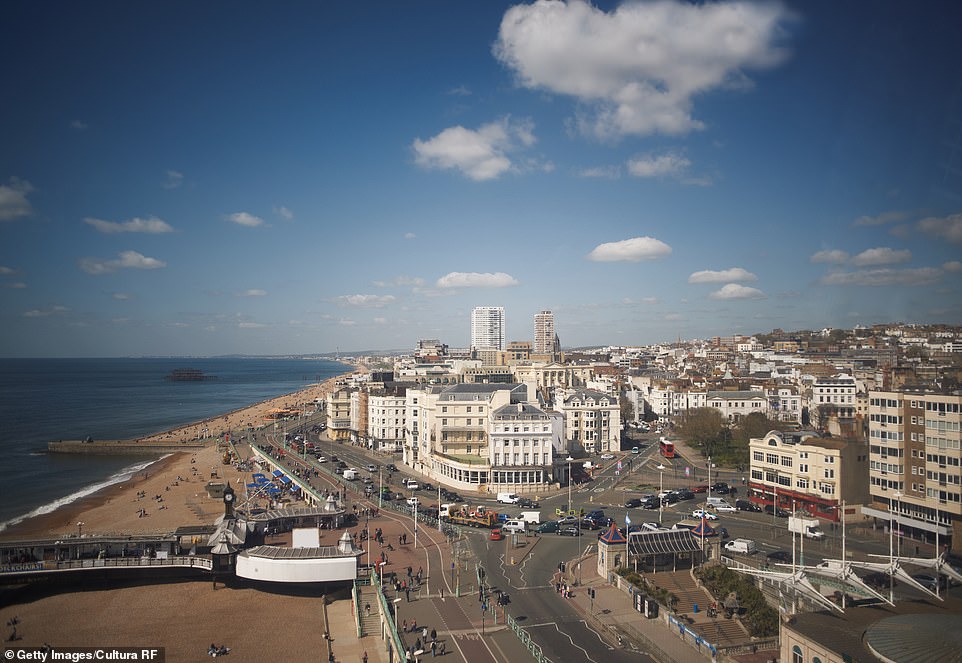 The old destination for a beach break was Brighton, East Sussex, which cost an average of £122 per night 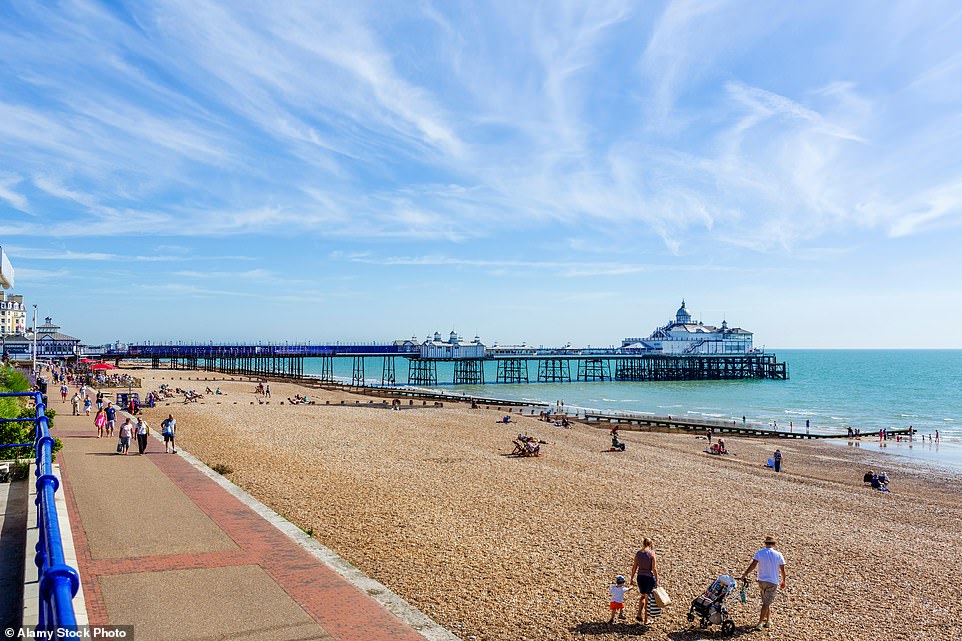 That put it ahead of often crowded Salcombe, which scored 71 per cent.

The average hotel room in Saundersfoot, which lies in the Pembrokeshire Coast National Park, was an average of £155 a night. But just three miles away in Tenby, the figure is £112 – a saving of £43 a night, or £301 over a week.

Tenby also fared well in Which?’s seaside survey, receiving a customer score of 79 per cent, beating Saundersfoot on 71 per cent.

Holidaymakers looking for a Scottish city break could save an average of £25 a night if they travelled the 47 miles from genteel Edinburgh to Glasgow. 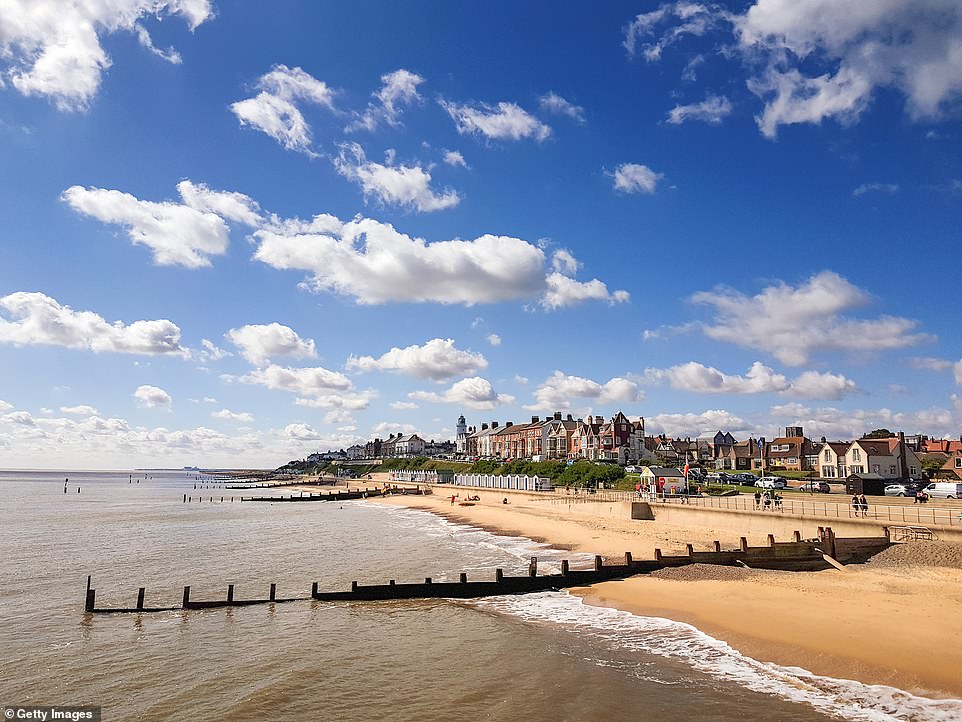 For those looking for a heritage trip, Southwold, Suffolk, costs an average of £160 per night 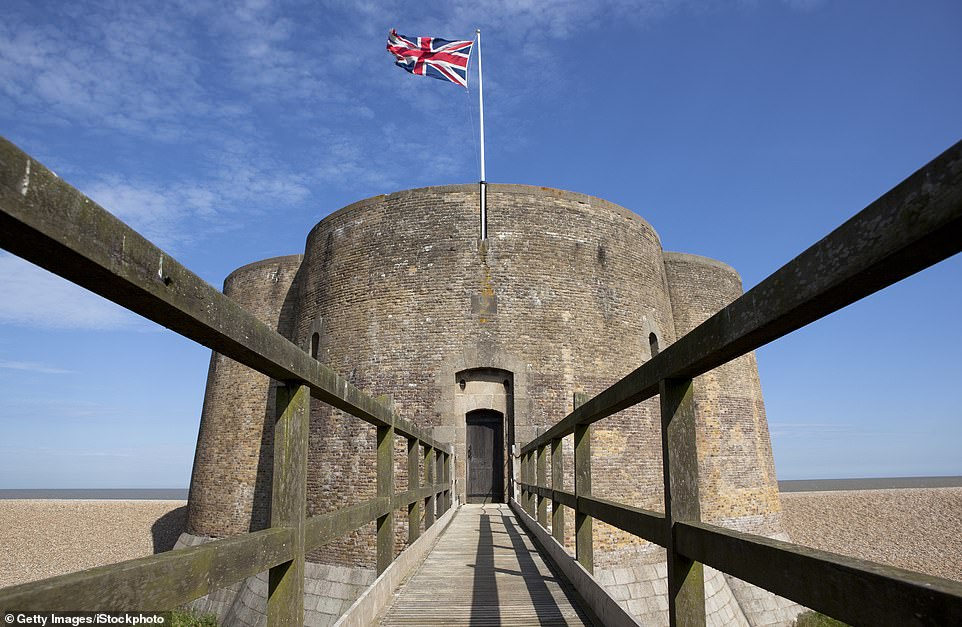 Aldeburgh costs on average £129 per night in a hotel, a saving of £31, and is 18 miles from Southwold

It received excellent scores for culture, sights and attractions, as well as food and drink.

The consumer group also found savings for those staying in Gloucester rather than Cheltenham, choosing Eastbourne over Brighton and Wells in Somerset as an alternative to Bath.

The editor of Which? Travel, Rory Boland, said: ‘These destination swaps aren’t just a chance to save money – travellers can expect to find fewer crowds and more space to breathe, with holidaymakers ranking many of the cheaper destinations as not only better value, but a better overall stay than their pricier and more popular counterparts.

‘As we come towards the end of a holiday season like no other, holidaymakers will be pleased to learn they can still squeeze the last out of the summer without sacrificing beautiful scenery or great attractions by just travelling a few extra miles along the road.’ 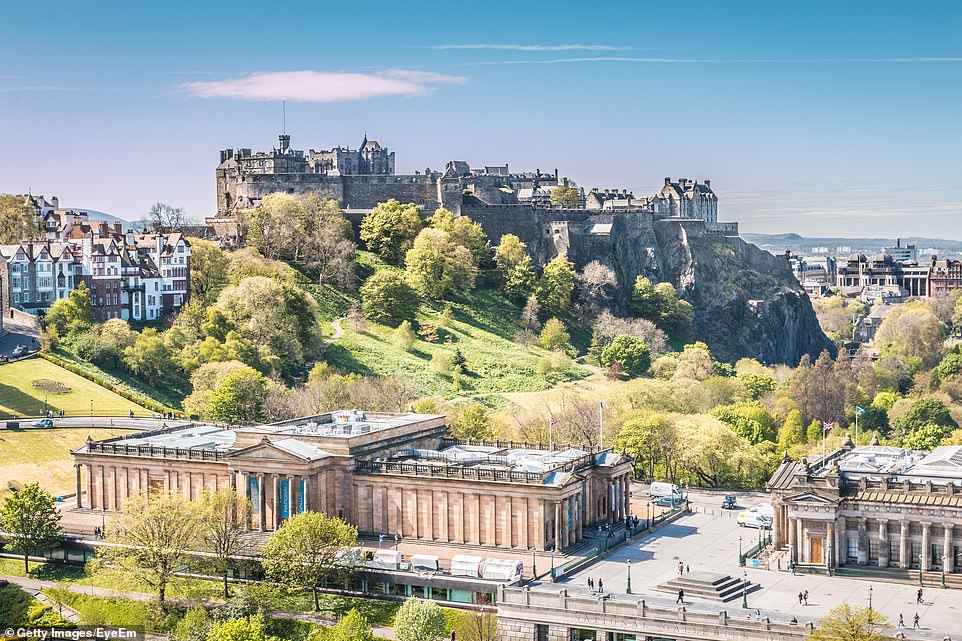 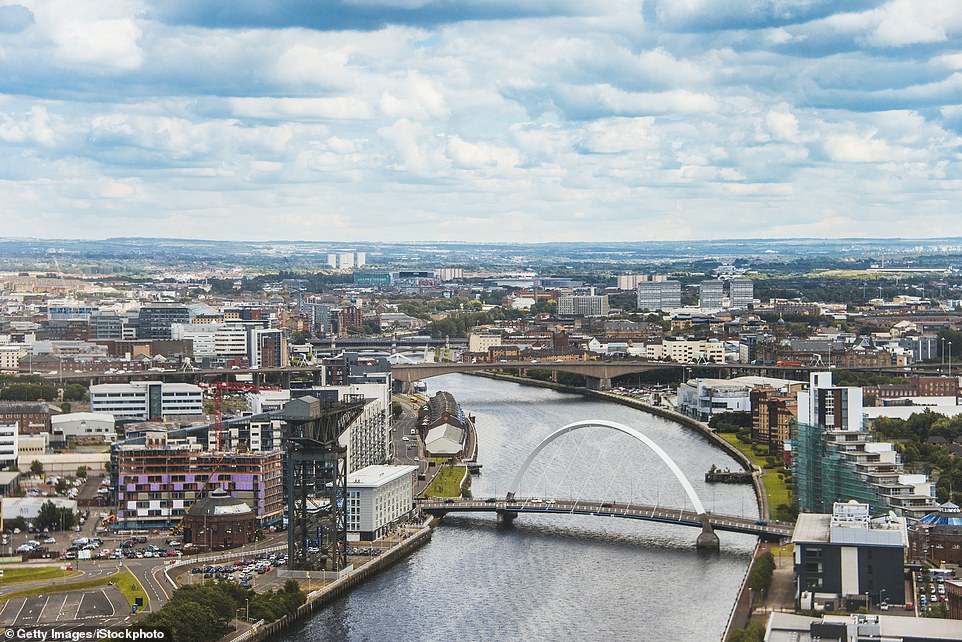 The new destination of Glasgow is 47 miles away and costs an average of £89 per night, a saving of £25

For the Victorians, the skies above Stonehenge were a prime location for the sport of falconry.

English Heritage is reviving the tradition with public displays of historic hawking and falconry over the bank holiday weekend.

During the 19th century, the open landscape of the Salisbury Plain surrounding Stonehenge was a favoured hawking ground for the Old Hawking Club.

The army first conducted exercises on Salisbury plain in 1898, and the garrison town of Larkhill was so named due to an abundance of skylarks, making it very attractive to falconers.

From 1900, the rapid spread of army camps, rifle ranges and barbed wire restricted the activities of the club but they continued to hawk where they could in the landscape and parishes surrounding Stonehenge.

In its first series of events since lockdown, English Heritage will be hosting historic falconry events at its sites across the country this September, starting with Stonehenge and including Dover Castle and Eltham Palace.

Jenny Davies, from English Heritage, said: ‘We are delighted to bring back falconry to Stonehenge for this special bank holiday event, and to be able to recreate yet another element of Stonehenge’s fascinating and eclectic recent history.

‘For our visitors and members, events are such a feature of an English Heritage summer, and although we haven’t been able to host our usual programme across the country due to coronavirus restrictions, falconry lends itself really well to social distancing, as the whole sky is the stage.’ 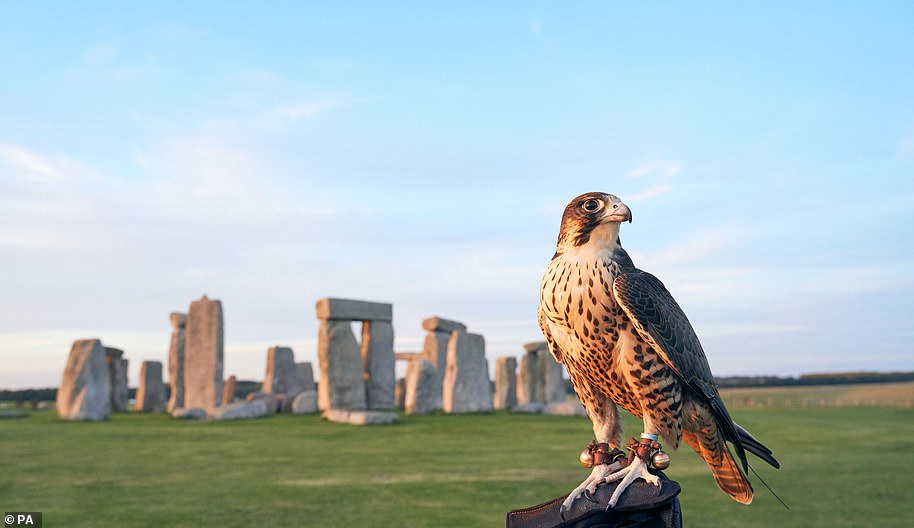